Tronx Motors, a subsidiary of Hyderabad-based company, Smartron, which makes smartphones and other smart gadgets, has launched a smart crossover electric bike called Tronx One for a price of Rs. 49,999. The new electric bike is touted to be India’s first smart cross over bike. The maximum claimed speed on the Tronx One is 25 Km/h, and on a single charge, can run for up to 75-80 kilometers. 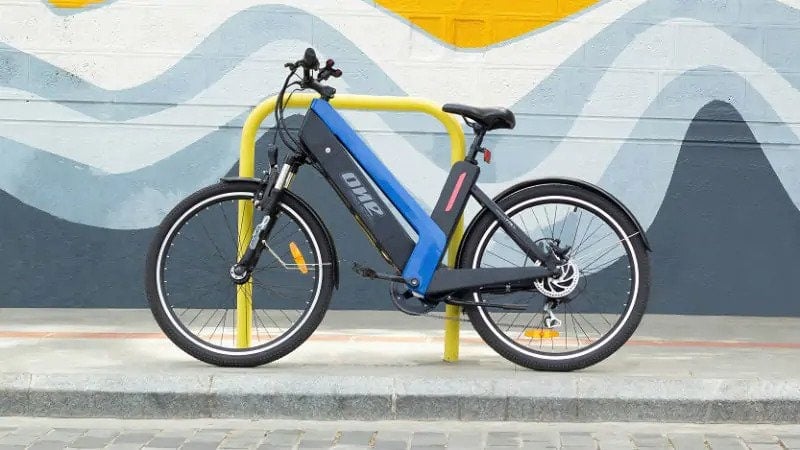 To create a complete ecosystem and to enable better connection, the Tronx One alos works with an integrated app called ‘tbike’ that gives riders an estimate of the range as well as set fitness goals on the app from your smartphone. The Tronx One will be available in Magma Red and Pacific Blue color options through the company’s own tstore. The bike will start shipping from July 16 onwards for the first batch of customers who have pre-booked the bike.

Talking about features of the bike, the Tronx One features a display powered by Smatron’s tronX technology, displaying basic info like speed, distance travelled etc. There are multiple ride modes and virtual gears coupled with three electric gears and six speed Shimano shifters that are designed to extend and adjust the range and speed of the bike. The bike comes with a rust-proof aero grade alloy material frame. Further, there are cross road tires that measure 26×2 inches and are available on top of double wall alloy-made rims. To power the 250W rear hub motor, the Tronx One has a detachable 36V, 13.6Ah, 500W Lithium battery pack. There are both front and drear electronic brakes as well as a Zoom Masera 80mm front suspension.

Tronx Motors has partnered with service centers in nine select cities, namely Ahmedabad, Bengaluru, Chandigarh, Chennai, Delhi-NCR, Goa, Hyderabad, Mumbai, and Pune. Through these partners, customers will be able to test ride the bike as well, based on available appointment slots, the company said.

“Tronx One is developed in India by a passionate team of designers and engineers and we are very excited to launch it for Indian consumers. With unique features such as advanced detachable lithium battery technology powered by advanced Samsung cells which is designed to carry and charge, the product is an ideal companion for the consumer as it offers a powerful and fun riding experience powered by the tronX ecosystem,” said Anoop Nishanth, Founder and CEO, Tronx Motors, in a press statement.

It’s nice to see brands coming up with innovative products like these once in a while, gradually making the move to electric vehicles, which haven’t really taken off in India yet.

TechPP is supported by our audience. We may earn affiliate commissions from buying links on this site.
Read Next
Smartron t.phone P Review: A Promising Work in Progress
#Automobile #Electric Bike #Smartron #tronX #TronX One