Xiaomi Mi A2 vs Mi A2 Lite: What’s Different?

Xiaomi’s highly anticipated sequels to the Mi A1 are here. The new Mi A2 and Mi A2 Lite come with all the modern features you’d expect from a 2018 smartphone and of course, are part of Google’s Android One club meaning they ship with a vanilla build of Android 8.1. Here’s what is different between both of them. 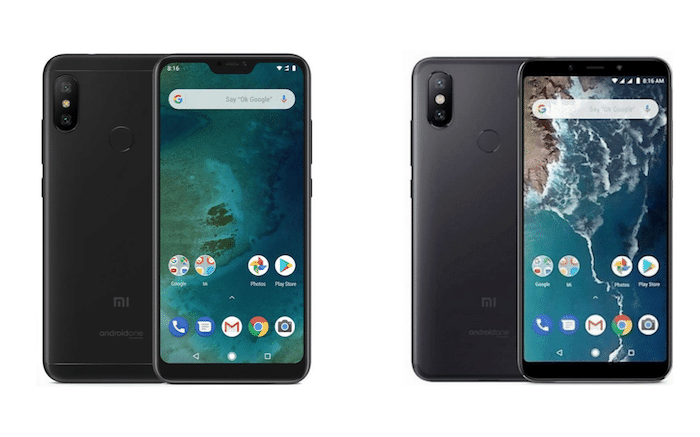 While the more expensive Mi A2 features a traditional 18:9 screen, the Mi A2 Lite has a notch-equipped 19:9 display on the front. The resolution is the same on both, however — Full HD. Both of them also have a layer of Corning’s Gorilla Glass.

The most critical hardware difference between the Mi A2 and Mi A2 Lite is in their performance hardware. While the latter is powered by the same Snapdragon 625 chipset found on the old Mi A1, the Mi A2 ships with a mightier Snapdragon 660 processor. Both have up to 64GB of onboard storage, MicroSD expansion, and at least 3GB of RAM.

Surprisingly, the Mi A2 Lite has a larger battery of the two — a 4000mAh pack against 3010mAh on the Mi A2. However, the Mi A2 is compatible with Qualcomm’s Quick Charge 3.0 technology. In addition, the Mi A2 also has a Type-C port instead of MicroUSB.