When it came to value for money phones a year or so ago, Xiaomi pretty much bossed the zone. However, the first half of 2018 has seen Huawei’s sister brand, Honor, emerge as a contender, with the Honor 9 Lite, in particular, being a runaway hit. That star now has a successor, the Honor 9N, and like its predecessor, it too hopes to make an impact in the market. And like its predecessor, it too has a Xiaomi phone to contend with – the very solid Redmi Note 5 Pro. Both phones are priced close to each other – the 4 GB/ 64 GB variant of the Honor 9N comes for Rs 13,999, while the similar Redmi Note 5 Pro variant costs Rs 14,999. So if you are in the market for a great smartphone that costs under Rs 15,000, which one would you go for? 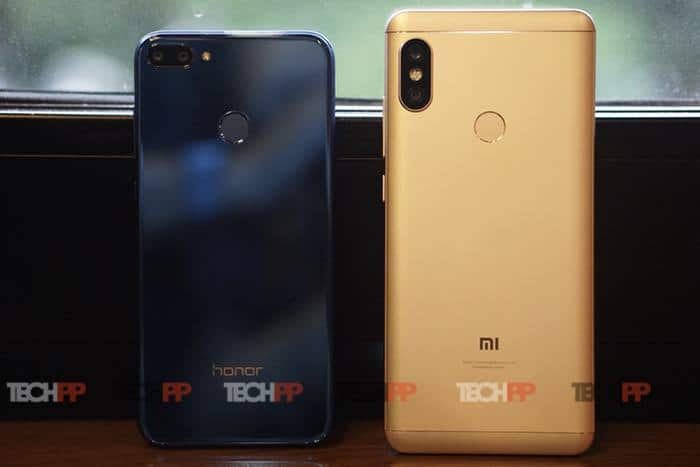 When it comes to design, there is only one clear winner here. Yes, we know there will be takers for the Redmi Note 5 Pro’s rock solid metal build. But those seeking beauty will find it impossible to resist the 12 layered glass back of the Honor 9N. The 9N is also a more compact and lighter device. Yes, the weight of the Note 5 Pro is reassuring, but the Honor 9N feels downright premium, thanks to the glass back and 2.5 D glass. We also feel the 9N’s Robin Egg Blue, and Lavender Purple shades give it a unique edge when it comes to appearance. We have a clear winner. 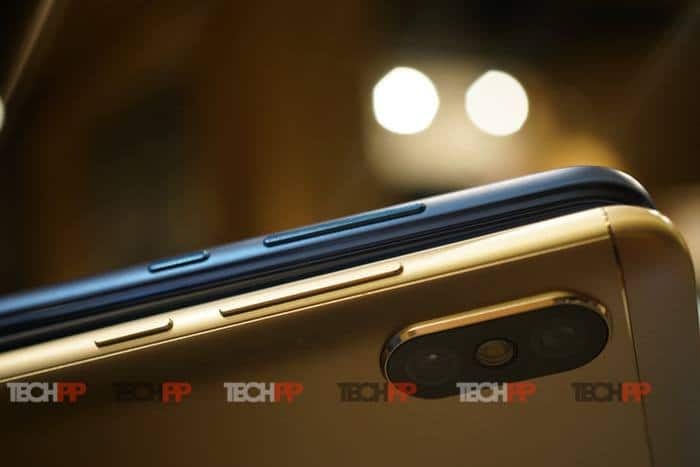 If the battle for beauty was lopsided, the one for hardware is much closer. The Redmi Note 5 Pro has the newer processor (Snapdragon 636) and a larger 5.99-inch display as compared to the HiSilicon Kirin 659 and a 5.84-inch display on the Honor 9N. But thanks to the “notch,” the smaller display on the 9N actually has a higher resolution of 2280 x 1080 as compared to 2160 vs. 1080 on the Note 5 Pro. When it comes to cameras, both phones pack in impressive selfie shooters – the Honor 9N has a 16.0-megapixel snapper, while the Note 5 Pro was a 20.0-megapixel one – and dual rear cameras (13+2 megapixels on the 9N and 12+5 on the Note 5 Pro), although the 9N’s cameras come with AR smarts. The Redmi Note 5 Pro, though has a bigger 4000 mAh battery as compared to the 3000 mAh one on the Honor 9N. It is a hell of a close call, but we are calling this a tie – the notch of the 9N does help it cover a lot of ground, besides simply giving the phone a more contemporary feel in hardware terms.

This is again a tight zone. The Honor 9N comes with Android Oreo out of the box while the Redmi Note 5 Pro has been recently rolling out Oreo updates to the Note 5 Pro. Both devices have however highly detailed skins over Android – EMUI 8 for the Honor 9 and MIUI 9.5 on the Note 5 Pro. Which one works better is really a matter of individual choice. Some will prefer the revamped and swifter EMUI while others will go for the solid experience of MIUI. We are slightly more inclined towards EMUI at the time of writing, especially given how extensively Honor has changed it. Perhaps Xiaomi will change our minds with MIUI 10, but as of now, the 9N takes it by a slight whisker, 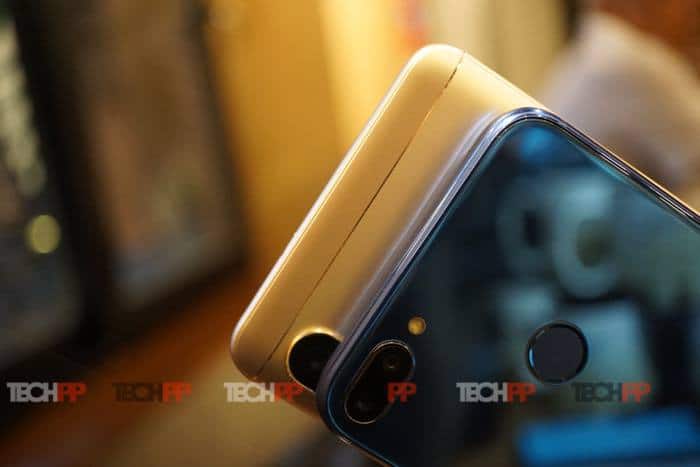 Have you heard this one before – yes, it is a close battle yet again. Both devices come with very good rear and selfie cameras, but we are scoring this one for the 9N as the camera UI is much richer, allowing you to do far more and then there are those AR touches that let you tweak backgrounds. We also found slightly more detail and realistic colors on the 9N, while the Redmi Note 5 Pro had a tendency to saturate colors at times. Portrait mode on both phones worked well. The front facing camera of the 9N has a lower megapixel coun, but scores on a bigger aperture and this results in better low light selfies. Both front cameras incidentally handle face unlock very well, although we once again felt that the 9N was just a little faster than the Note 5 Pro. 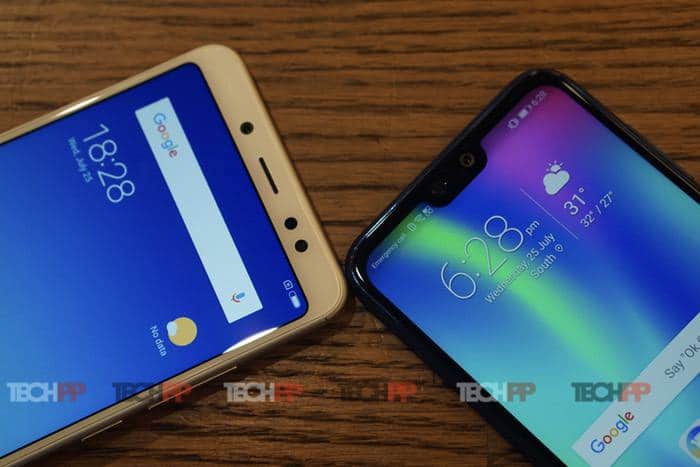 In terms of gaming and multimedia, there is not much to separate the two devices. The newer processor on the Note 5 Pro feels slightly snappier when it comes to handling higher end games like Asphalt, but the difference is not a massive one. On the other hand, the 9N scores in the sound department on speaker as well as headphones in terms of quality. The more compact form factor of the 9N also makes it better for gaming, but then some might prefer the longer viewing hours that, the bigger battery on the Note 5 Pro serves up. It is a close call. We are going with a tie here.

The Kirin 659 on the Honor 9N surprised us by easily pulling a day of use out of the 3000 mAh battery on the device, but yes, here the force is with the Xiaomi phone. The 4000 mAh battery on the Redmi Note 5 Pro, however, can get you through a day and a half of normal use and even close to two days with careful nursing. One winner here. 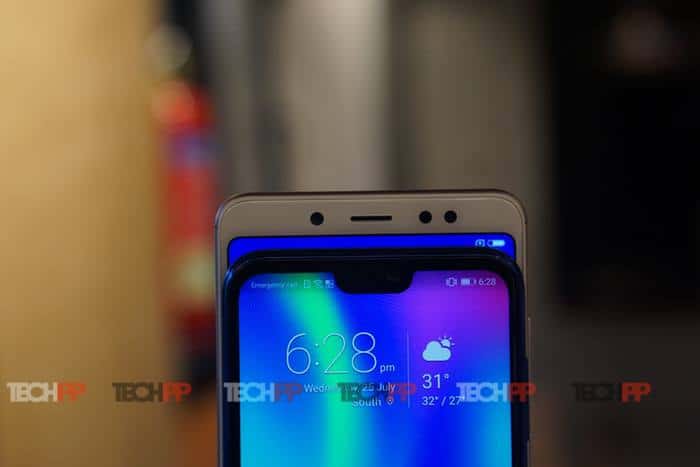 Both phones are great at routine tasks such as social networking, e-mails and messaging. And we faced no lags when it came to running multiple tasks. However, when it came to handling calls, we think the 9N had a small edge over the Note 5 Pro – call clarity seemed to be better at both ends. We reckon that’s Huawei’s networking muscle coming into play. 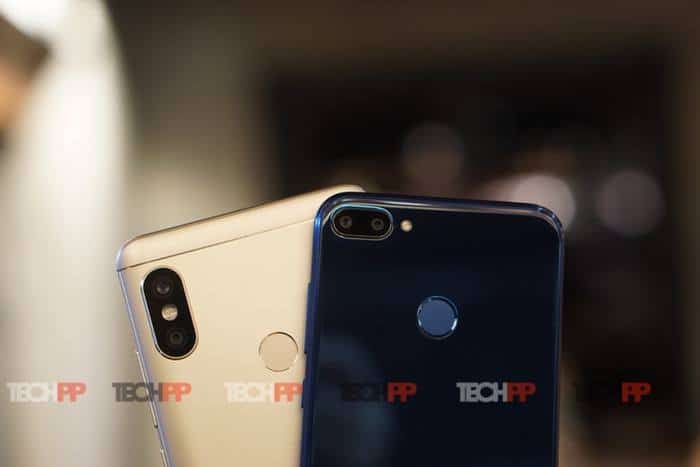 So which one should you go for? On the face of it, the Honor 9N actually outdoes the Note 5 Pro in four out of seven parameters and ties on two important ones (hardware and gaming and multimedia). Yes, there will be some who will prefer the metal frame and bigger battery of the Note 5 Pro, but the 9N with its notch and glass build just has a much more contemporary and classy feel to it. Add to that the fact that it costs Rs 1000 lesser for the 4 GB/ 64 GB variant and it is clear that Xiaomi’s bestselling phone has a worthy challenger. Score one to the notch-y boy.

Was this article helpful?
YesNo
TechPP is supported by our audience. We may earn affiliate commissions from buying links on this site.
Read Next
Snapdragon 782G vs Snapdragon 778G Plus: What Has Changed?
#comparison #Honor 9N #Redmi Note 5 Pro #Sponsored