Months after announcing a draft for India’s regulations for drones, the Ministry of Civil Aviation has today officially legalized commercial drone flights in the country with Drone Regulations 1.0. While the majority of restrictions and laws largely remain the same, the key takeaway here is a new software platform called “no permission, no takeoff” (NPNT) which will essentially allow companies to easily authorize their flights. 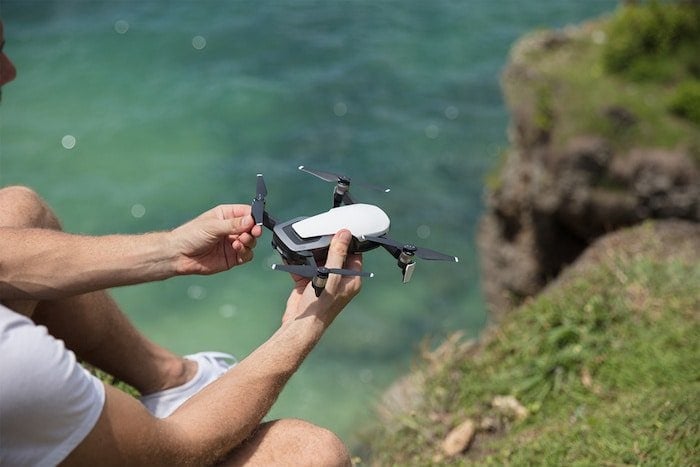 Through NPNT, the government hopes to automate the digitize the process of obtaining permissions which you will need for every single flight except if you have a drone that belongs to the nano category (less than 250 grams). MoCA says these requests will be denied or accepted instantly since most of it will be automated based on your requirements. For instance, if you wish to fly outside green zones (uncontrolled airspaces), it will take longer for your applications to be reviewed. To employ the app, users will have to go through a one-time registration process for the pilots, the owner, and of course, the drone itself.

NPNT, however, is part of a bigger platform called the Digital Sky Platform which enables an unmanned traffic management ecosystem. The system will require drone makers to integrate the services on their products before releasing them in India which will allow UTM to prevent unauthorized flights. What’s more, the law says drones without a permit will simply not be able to take off. This will also power a traffic regulation system which will be closely monitored by the defense and civilian air traffic controllers.

The new set of rules also restrict flying in nighttime or dark conditions and impose a maximum height limit of 400 feet. There are a few hardware and software mandates for the quadcopters themselves including GNSS, Return-To-Home (RTH), Anti-Collison Light, ID-Plate, Flight Controller, RFID, and NFNT. All the RPAS (Remotely Piloted Aircraft System) except for those which fall in the nano category will also need to have a Unique Identification Number (UIN) which will be possibly offered through the NPNT system.

A permit is necessary for pilots too unless they’re operating a nano drone under 50 feet or a micro one ( (251g to two kg) below 200 feet. For most users, therefore, a license won’t be a requisite since personal drones from companies like DJI weigh well below two kilograms. DJI’s latest Mavic 2, for instance, is about 900 grams. That is, of course, if you’re not looking to fly at heights over 200 feet.

Like the draft suggested, there are a bunch of no-fly zones as well. Owners are banned from operating drones around airports, near international borders, Vijay Chowk in Delhi, State Secretariat Complex in State Capitals, military installations, and other similar spaces. The regulations will go into effect later this year on December 1st along with download links for the Digital Sky Platform (NPNT).

The Ministry of Civil Aviation will be addressing a bunch of other concerns in the second edition of these laws, Drone Regulations 2.0 such as establishing global standards, suggestions for modifications, beyond visual-of-sight operations, and others.