If someone says they want a flagship level device and want minimal bank account damage, these are the two phones that inevitably spring to the fore. Both come with everything you would expect from flagship devices: notched displays, powerful processors, RAM, and storage aplenty, dual cameras…and serve this up at surprisingly affordable prices. But which of the two – the gamer-oriented Honor Play or the speed merchant Poco F1 – ticks the right boxes for you? We put the phones through their paces to find out. 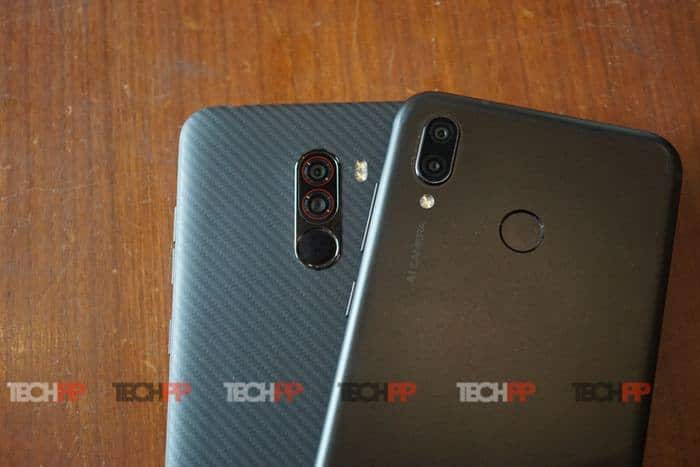 This must be one of the rare times in the past year or so when we have compared two devices with proper flagship level processors and neither had a glass back. The battle between the Poco F1 and the Honor Play in the design department is really one between two schools of thought – there is the metal backed Honor Play and the carbonate/Kevlar backed Poco F1. Both devices have largely similar (notch) display-dominated fronts and metal frames, and even largely similar sides (although the F1 has the 3.5 mm audio jack on top, while the Play has it on the base), but it is on the back that the difference become evident. Both devices have dual cameras in vertical arrangement but the Honor Play has them on the upper left corner of the back, the F1 has given then more space in the upper central part of the back. And in what we think is a rather neat touch, the F1 has subtly red circles around its cameras. Both devices have spherical fingerprint sensors in the upper middle parts of their backs, but once again the F1 has placed it right below the dual cameras, making the whole arrangement seem more symmetrical. That said, the Honor Play just has a smoother, slimmer look about it – it is a mere 7.5 mm thin as compared to the relatively hefty 8.8 mm of the Poco F1. The F1, notwithstanding its slight touches of style, ends up looking more functional (yes, even the Kevlar laden Armoured variant and the red one), while the metal and glass Honor Play has a more sleek touch to it. We are giving this one to the Honor Play.

It is not just Honor and Poco that cross swords here, so do Huawei and Qualcomm. For, the real contest here is between the Qualcomm Snapdragon 845 and the Kirin 970, both flagship chips for the two companies. Both have also proved their worth in some excellent devices, like the Huawei P20 Pro and the Samsung Galaxy S9+ and OnePlus 6. However, while the Kirin 970 is reaching the end of its tether (it came in late 2017, remember), the 845 remains a relatively fresher customer. That said, Huawei has made a lot of noise about the neural processing unit (NPU), which it says gives the device more AI handling muscle. All said and done, however, the Snapdragon 845 is likely to get greater community support simply because it will be seen on more devices. Both devices sport full HD+ displays but the Play has a slightly larger one at 6.3 inches as compared to the 6.18 one on the Poco F1. However, the F1 scores in the RAM department, with even its base variant having 6 GB as compared to 4 GB on the Play. And although both phones come with expandable storage, the Play does not go beyond 64 GB of onboard storage, while the F1 starts at that and goes all the way to 256 GB. In terms of cameras, the Play has a 16 and 2-megapixel rear camera set up and 16-megapixel selfie snapper, while the F1 comes with 12 megapixel and 5 megapixel rear dual cameras and a 20-megapixel selfie camera. However, the main sensor on the F1 is the same as seen on the Xiaomi Mi 8 and has a much larger f/1.9 aperture as compared to the f/2.2 one on its counterpart in the Play. And while both devices come with Face Unlock, the F1 also has an infrared sensor in the notch to enable better performance in that department. Connectivity wise, the two devices match each other. But we think the cameras, RAM and Storage of the Poco F1 score over the larger display of the Play.

Software – Betting on the Skin Trade! 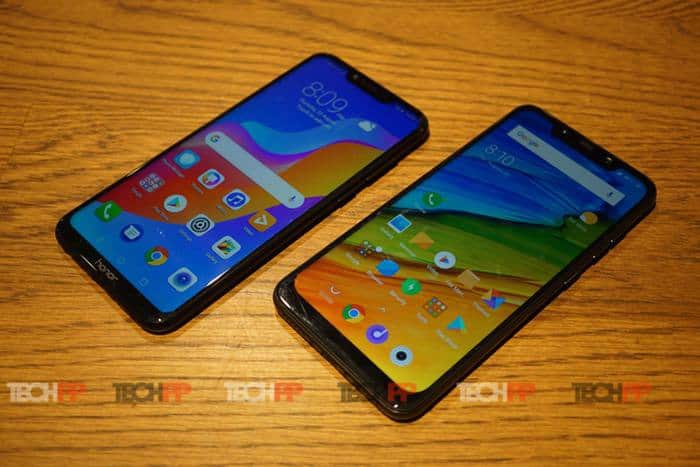 This is perhaps the most fascinating of all the battles between these two devices. Neither has taken the stock Android route, and both have gone with skins over Android 8.1. While the Honor Play comes with EMUI 8.2 which is known for being a brisk performer even with the passage of time and also comes with some AI smarts (identifying places and people in pictures, for instance), the Poco F1 has a Poco Launcher over Xiaomi’s well known MIUI 9.6. Both UIs have their plus and minus points – stock Android faithful would find them too cluttered, but many mainstream users would appreciate the extra features they bring to the table. The call here is going to be largely a subjective one, but we are going to go with the Poco F1, partly for having the courage to go ahead with a different launcher even when it could have stuck with the very familiar MIUI. There are Xiaomi apps in there, but there is an app tray by default and some neat touches, including an automatic categorization of apps (categorizing them by color is expected to come soon). The main reason, however, for our going for the F1 here, however, is Xiaomi’s exceptional record when it comes to updating MIUI – a department where Honor has lagged in India at least. 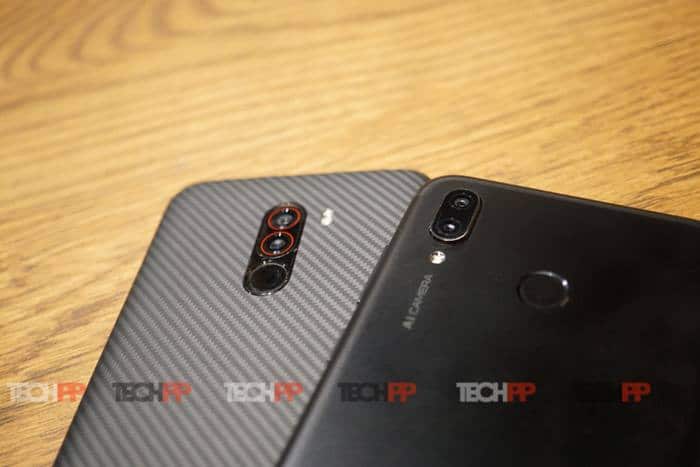 This is perhaps the only round that has a clear winner. The Honor Play might have the megapixel count in its favor on the back – 16 and 2 at the rear, as compared to 12 and 5 on the F1 – but the Poco phone comes with a significantly bigger aperture (f/1.9 against f /2.2) and the difference tells. Neither phone is a low light champion, but while the Play relies heavily on its different shooting modes and options to deliver results, the F1 outclasses it in point and shoot mode when it comes to both color and detail. Both phones come with AI that aids in scene recognition, but here too the F1 scores with AI enhancements that are more nuanced and subtle (the ones on the Honor Play gets too aggressive). Another area where the Poco F1 scores over the Honor Play is in portrait mode, where it recognizes edges much better. This superiority extends to the selfie zone as well where we saw the F1 take much better selfies, both in normal as well as in portrait mode. The Honor Play has adequate cameras, but the Poco F1 has exceptional ones, which is why it takes this round with a degree of ease. 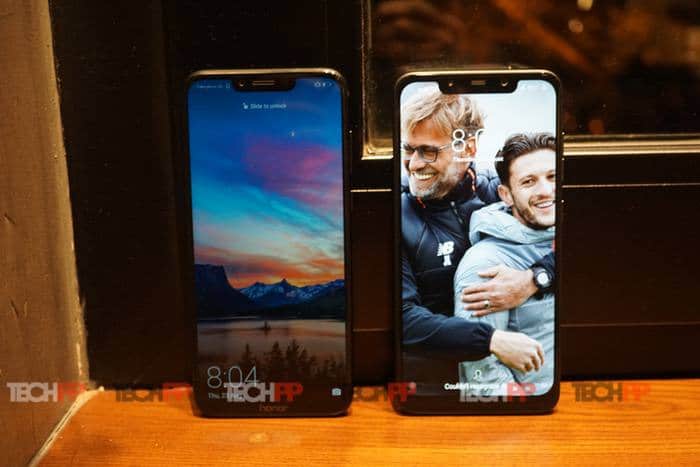 For many people, this is the really fascinating round – the one in which the Kirin 970 and the Snapdragon 845 cross swords. Both devices claim to add their own little touches to the gaming experience – the Honor Play comes with 4D that let you “feel” different vibrations for different actions in games, better sound handling and also GPU Turbo which promises better power management, whereas the Poco F1 comes with liquid cooling to ensure that the phone does not heat up and also promises consistently high-level performances for a sustained period. Honestly, toe to toe, the difference is not too evident at first glance. We played the likes of PUBG, Hitman Sniper, and the Asphalt series and by and large, both phones were pretty similar. Very close inspection did seem to indicate that the F1 was pulling ahead occasionally, but on the flip side, over headphones, the Honor Play’s sound quality seemed a notch better. The slightly bigger display of the Honor Play also did count in its favor. It is really neck and neck here. Neither phone had any heating issues, but yes, while the Play got a little warm, the F1 was literally cool out there. When it comes to multi-tasking, both phones were again neck and neck. We did not find too much to complain. Those wanting absolutely the very best would perhaps lean towards the Poco F1, but in general terms, this is too close to call. We are calling this one a tie.

There is very little to choose between the two devices when it comes to general performance – given the sort of hardware they sport, there is little chance of any lags in routine tasks such as web browsing, social networking, mails, and messaging. There will be some who will be influenced by the bigger and brighter display of the Honor Play, but on the flip side, the Poco F1 comes with a much better and swifter face unlock. Call quality did seem marginally better on the Honor Play, but then the Poco F1 delivered better sound on the loudspeaker. All said and done, there is not much to choose from in general performance in these two super devices. 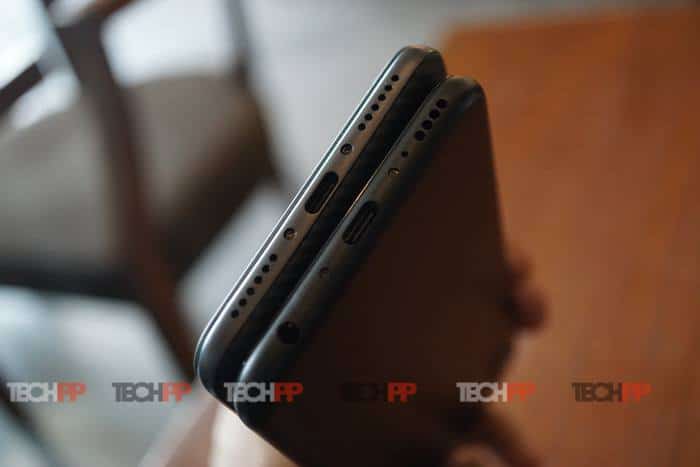 They might have made headlines for their pricing and processors, but we believe that the battery is the surprise package in both the Poco F1 and the Honor Play. Both phones sport big batteries. – the Play comes with a 3750 mAh battery while the F1 has a 4000 mAh one. Both come with fast charging, and both easily see off a day of normal use. Yes, the higher mAh count does give the F1 a slight edge – it gets closer to two days of normal use than the Play does – but the difference really would not be a deal breaker for many users. We have to commend Honor for packing in a large battery in an amazingly slim frame (unlike the Poco F1, the Honor Play does not LOOK as if it would pack in a big battery), but yes, in terms of sheer battery life, the F1 wings it. 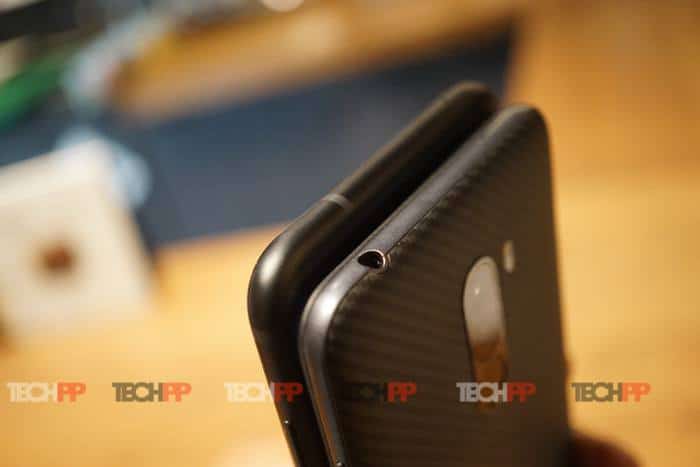 Get your bucks ready: need for speed and cheesy cameras or svelte design and gameplay?

On paper this looks like a cakewalk for the Poco F1 – the first phone from Xiaomi’s sub-brand wins five out of eight rounds against the Honor Play, which manages a solitary win. But a closer look at the shootout will reveal that the Play scored on an important parameter (design) and held the F1 to a draw in gaming and general performance, and while the F1 did win the battery round, the Honor Play was still a very good option there. Add to that the fact that the software round was a close one too – we know people who prefer EMUI to MIUI (with or without a different launcher) and that even in spite of conceding the hardware round, the Play actually sports a larger display and you can understand why so many are getting confused between the two devices. 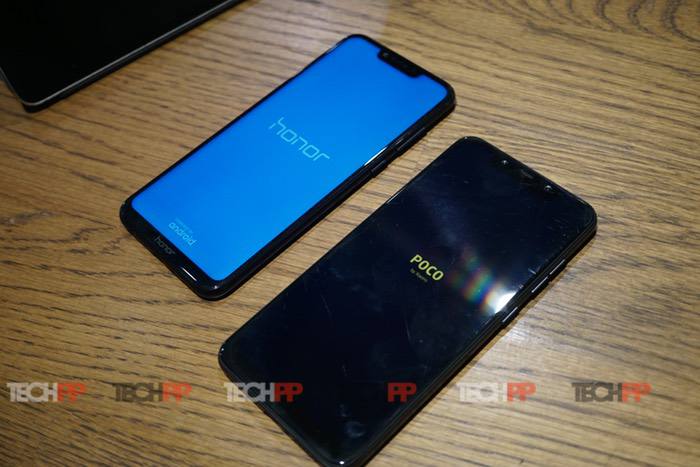 Which of the two you should opt for – you have heard it before – really depends on what you need how you prioritize your needs. In terms of sheer hardware muscle, chances of regular software updates (MIUI) and camera performance, the Poco F1 scores. It is also the ONLY option if you worship on the altar of more RAM and storage. That said, the Honor Play starts at a lower price tag and comes with a sleeker design and that reassuring feel of metal, at a starting price that is slightly lesser too. And well, one cannot ignore that if one is looking for heavy-duty gaming and multi-tasking, the phones are very evenly matched.

Which one would WE pick? Well, all things said and done, the processor, RAM, software, camera, and battery make it a win for the Poco F1 in our books. But then, your book could be different. And so could your choice.

And even if it is not, the Honor Play is a very good second, rather than a distant one. But as of now, for us, the Master of Speed outruns the Gaming Lord.