Lenovo has announced its comeback into the Indian smartphone market with its K9 smartphone today, along with which they also launched the Lenovo A5 which is a more affordable option. 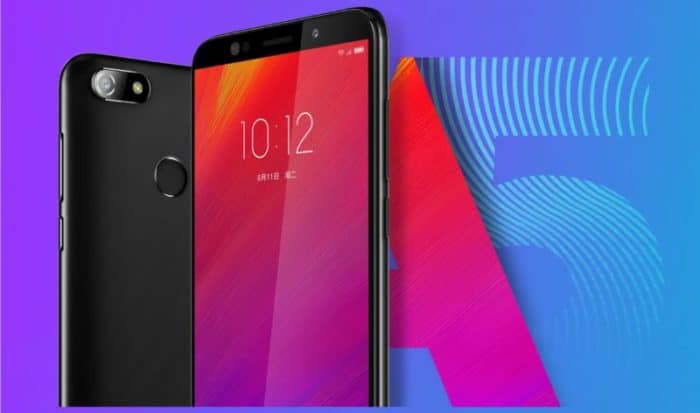 The Lenovo A5 is constructed out of polycarbonate and is more of a compact device which can be credited to the 5.45-inch HD+ display with an aspect ratio of 18:9. Some people would call this display small by today’s standards, but its nice to see a compact smartphone in a pool of oversized devices.

MediaTek’s MT6739 SoC handles CPU duties which is a quad-core processor clocked at 1.3GHz. This is accompanied by 2 GB of RAM along with 16 or 32 GB of internal storage. The camera on the rear is a 13MP shooter while the front-facing selfie snapper is rated at 8MP. Unlike the K9 which had a focus on build and design along with cameras, the A5 emphasized on providing great battery life and hence sports a huge 4000mAh battery. Due to the large battery size, the A5 compromises on thickness which is pretty high at 9.75mm. Lenovo’s custom UI base don top of Android 8.1 Oreo handles the software aspect.

However, there is no support for fast charging and the smartphone comes with a 10W power adapter in the box. The A5 also opts for a micro USB port instead of USB Type-C found on the elder sibling, the K9. A highlight of the Lenovo A5 is that it takes in 2 SIM cards and SD card at the same time which is an important factor for many. There is also a fingerprint scanner on the back which is usually not found on devices in this price range.

The Lenovo A5 has been launched at a competitive price of Rs. 5,999 for the 2+16 GB variant while the 2+32 GB variant will sell for Rs. 6,999. At this price, the Lenovo A5 is right up against the Xiaomi Redmi 6A and the Realme C1, both of which lack fingerprint scanners but have superior chipsets.

Was this article helpful?
YesNo
TechPP is supported by our audience. We may earn affiliate commissions from buying links on this site.
Read Next
Lenovo Legion 5i Pro Review: Legion Or Legend?
#lenovo #Lenovo A5