The more things change…well, well in Pixel-land the more they tend to stay the same, it would seem. Last year, Google had dazzled us with its flagship handset, which we had described as a camera in a phone’s body (a la the Lumia 1020 – read the whole review here). And with good reason – the camera on the phone was magnificent, even though the phone itself was painfully mortal, with its eccentricities and bugs.

Fast forward to the current year, and we feel tempted to use the same lines to describe the Pixel 3 XL that we did for its predecessor.

For, let’s get it out of the way, yes, its design does seem a slight refinement from its predecessor (more glassy, more classy, if more smudge-prone too) in spite of the large notch on the top that seems unusually intrusive, and the hardware is top notch (pun intended), but – BUT – there is just no doubting that the camera on the Pixel 3 XL is a tech miracle of sorts. At a time when brands are going overboard packing multiple sensors into a single phone, Google has doggedly persisted with a single rear camera (some say it is because HTC was not too good at them, but that’s another conspiracy theory for another day), albeit a very high quality one – a 12.2 megapixel shooter with a large f/1.8 aperture, 1.4µm pixel size, optical image stabilisation and PDAF. But allied with those very good figures is some serious software magic. We covered it in detail in our camera review of the device, but suffice to say, the kind of detail we got from the Pixel 3 XL’s camera has not been matched by any other. So much so that at times we wondered if the camera was almost inventing detail, spotting things that we had not even noticed – from wrinkles in rose petals to specks of dust on a lens to textures in oil floating on a dish. It can be magnificent at best, but can also be a little unsettling if one is the type that likes to know exactly what one is shooting. Google has thrown in some special software sauce enabling users to zoom in up to 2X without the image pixelating too heavily, get fantastic bokeh in portrait mode (spotting edges immaculately often) and at the time of writing, was also working on a special low light mode that literally lit up shots that you took even in extremely low light.

The result is, without doubt, a phone camera that is capable of taking very good looking pictures, time and time again. Google’s decision to go with dual selfie cams (8 megapixels both) might seem odd on paper – the expanded reach you get on selfies does not seem exceptional – but once again, you get dazzling results, especially in portrait mode. Purists – and we suspect iPhone lovers – might raise an eyebrow at its penchant to go crazy on the detail front and to be honest, we were not convinced by some of its color handling, but if what you are looking for is a camera that will make even routine look like royalty, look no further. 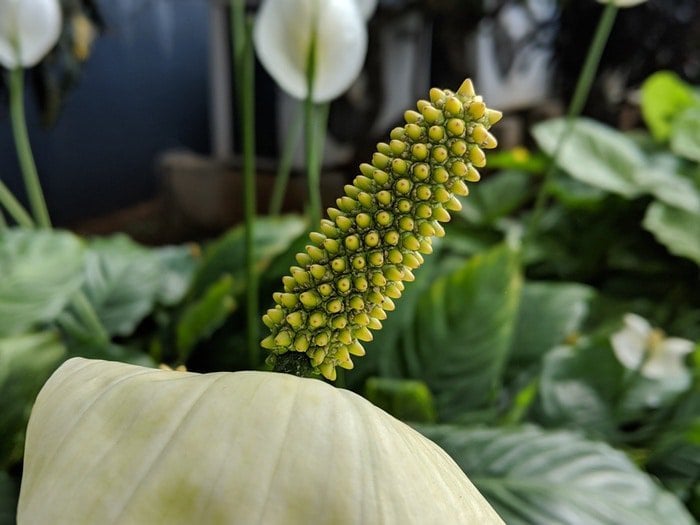 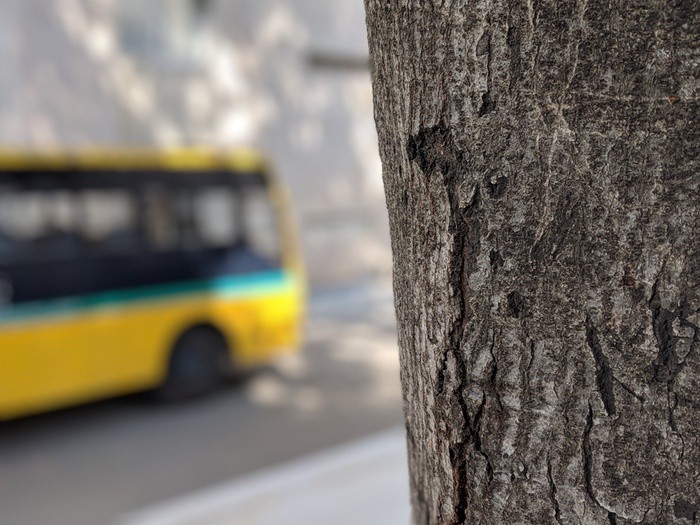 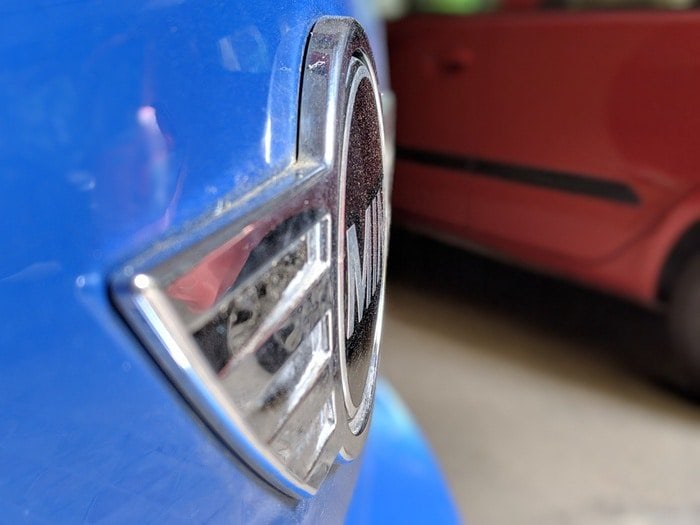 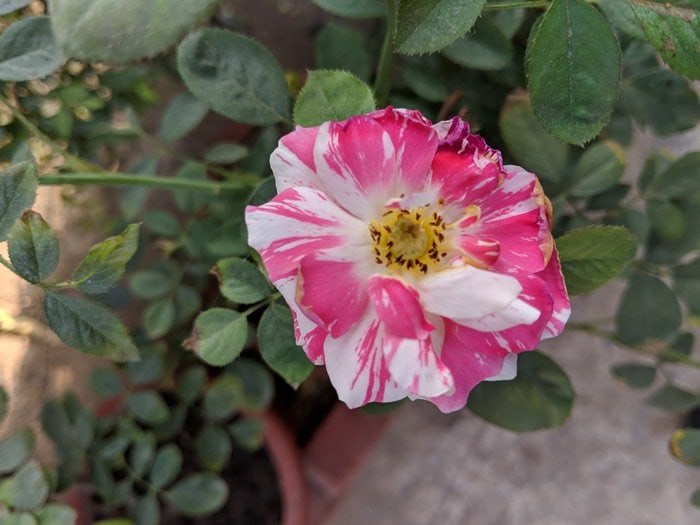 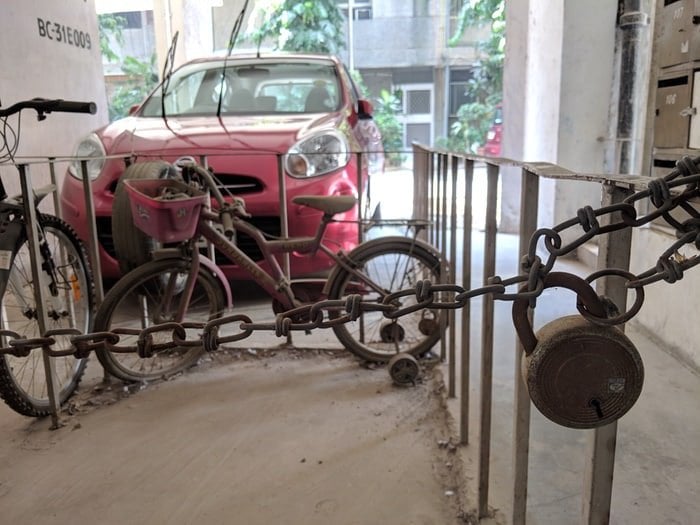 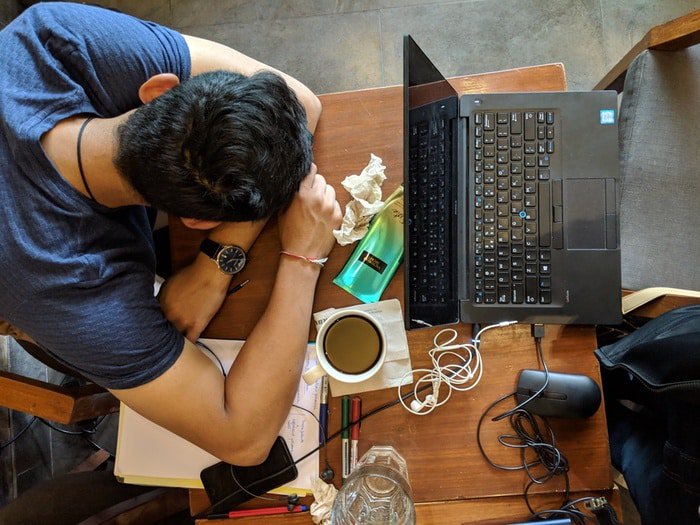 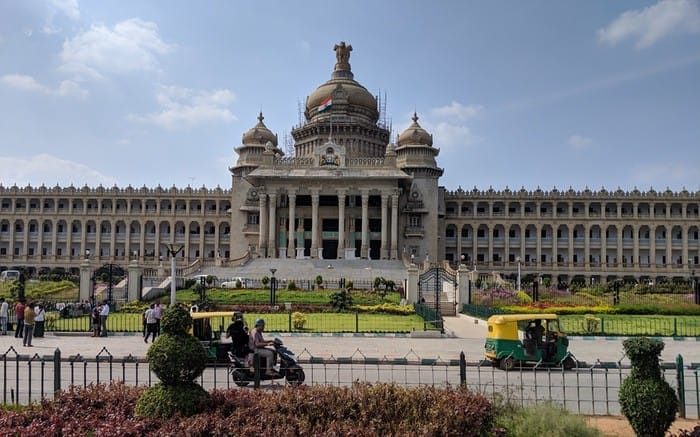 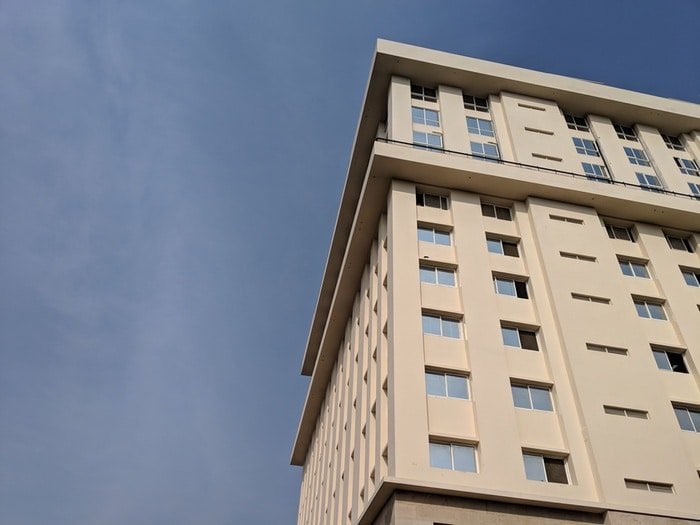 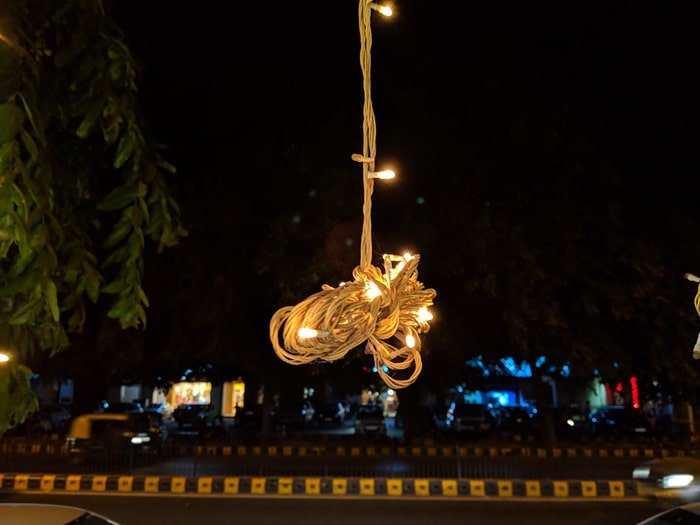 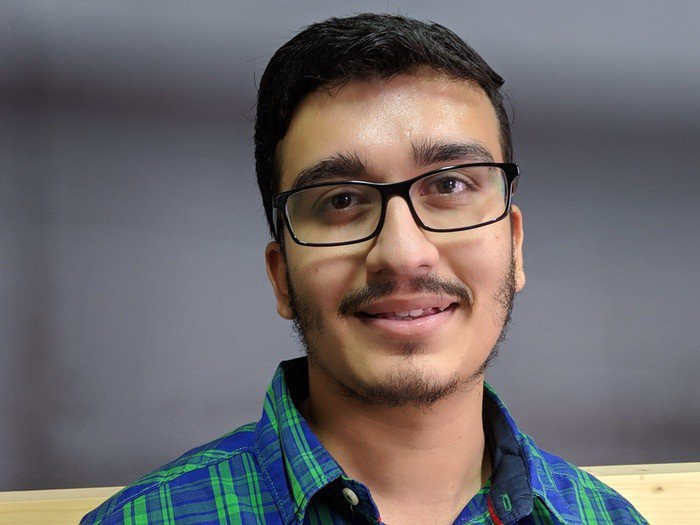 Helping its cause is some hefty hardware. The Pixel 3 XL comes with everything you would expect in a high-end Android flagship – a 6.3 inch POLED quad HD display (2960 x 1440), a Qualcomm Snapdragon 845 processor, 4 GB RAM and storage that stands at either 64 GB or 128 GB (still non-expandable), a 3430 mAh battery, stereo speakers, as well as all the connectivity options you would expect (an eSIM and NFC are there, although infrared is not). And of course, laid on top of this is Android 9 (Pie) with the assurance that the device would be among the first to get updates (it was still running a September security patch at the time of writing, though). 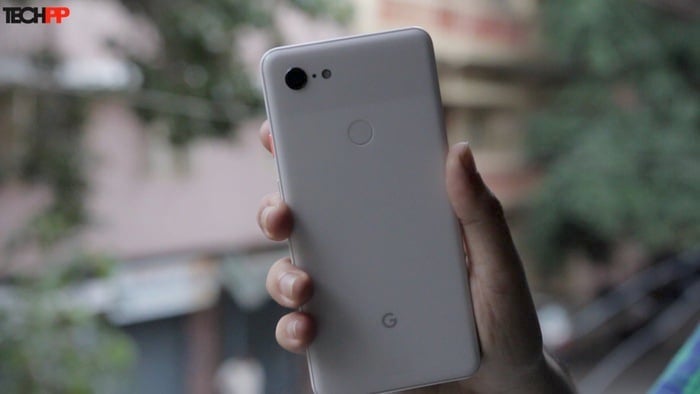 All of which should logically come together for a stunning experience, right? Well, not quite so. It is almost as if Google used up so much its magic for the camera on the Pixel 3 XL that there was very little left in the tank when it came to the rest of the device. No, it is not as if the Pixel 3 XL is a sloth or a slowpoke – it is very capable of handling high-end gaming and multiple apps with a degree of elan – but it just has way too many rough edges, especially when compared with the competition. The reason for the existence of that notch, for starters – Apple brought it in to facilitate face unlock, but the Pixel 3 XL has no face unlock at the time of writing. Yes, the notch does contain dual cameras and a speaker, but neither does anything that is mind-boggling. Battery life seems to have actually regressed a little – the Pixel 3 XL struggled at times to get through a day of normal use. We wonder if that is caused by the display which is significantly brighter and sharper than its predecessor, although it too can lapse towards too bright colors at times (nothing to compete with Samsung, though). Sound is much better than on the Pixel 2 XL, although we did sometimes sense that it was not well balanced between both speakers (there’s no 3.5 audio jack, incidentally, just as in the Pixel 2 XL, and honestly speaking, we think complaints about its absence now are beginning to sound as tiresome as those about the presence of a notch). And while the camera is magnificent, its UI remains painfully basic and has nothing like the polish that its competitors from Xiaomi and Huawei possess. 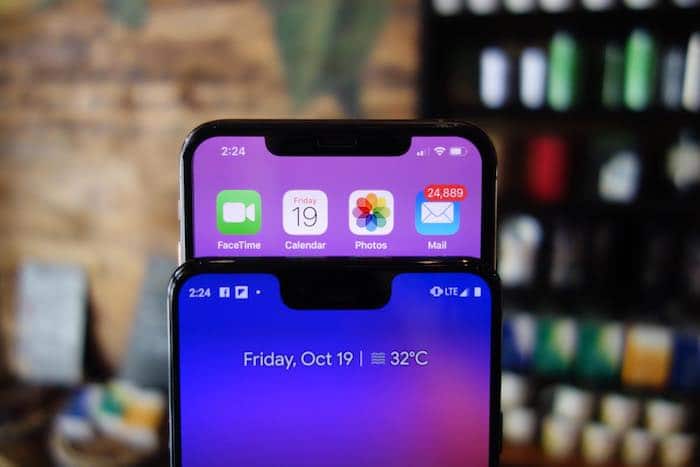 Then there are the software bugs and oddities, which would have been acceptable in lesser devices but seem very out of place in one from the house of Google. Some apps like Facebook Messenger kept crashing on the phone. As if that were not odd enough, we also encountered the photo saving bug in the camera app – if we took a picture and moved to another app immediately, the picture was often not saved at all. Which could be very irritating on those occasions when we had just spotted something momentarily. And while the portrait mode is magnificent, it still takes time to process a portrait – longer than it does on competing devices. Finally, the Top Shot feature on the camera which serves up a series of snaps and lets you pick the one you think is best (if you are not content by the one initially displayed by the camera itself), often makes you compromise on image resolution. Apart from the original snap the camera selects, the other options have a much lower resolution (3 megapixels for alternatives suggested by the camera itself and barely 1 megapixel for the others), which kind of defeats the whole purpose of having alternatives to choose from, as the choices are just not similar. 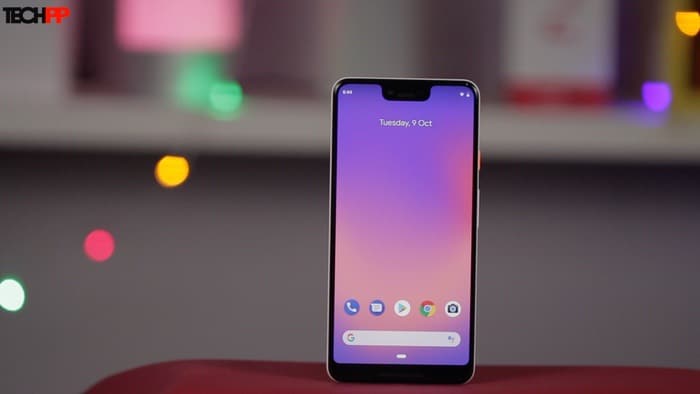 Top all that off with a price tag that starts at Rs 83,000 and the Pixel 3 XL steps right into the shoes of its predecessor – an awesome camera with a good phone but with a very stiff price tag. Yes, it has the best camera on an Android phone by some distance, but when you consider that you get a much more versatile device (and with very good cameras in its own right) like the Galaxy Note 9 for Rs 67,900, you start to wonder. The Pixel 3 XL is a no-brainer for anyone who wants to get into phone photography at the very deepest end, but if photography is an add-on rather than the sole reason for you wanting a phone, one could say there are better options. 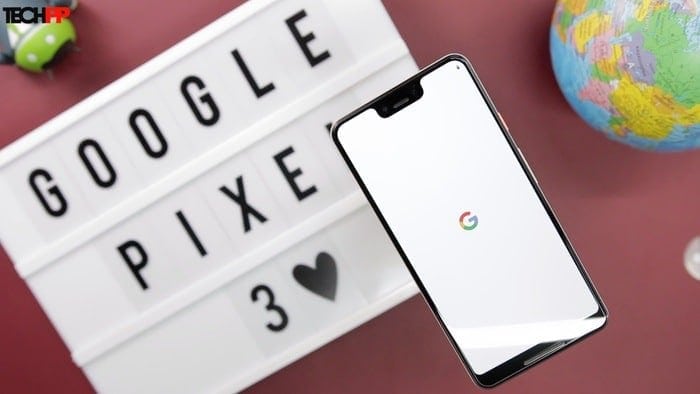 It is kind of ironical, though. Right until the Nexus 6P, Google’s phones were known for their phenomenal turn of speed and butter smoothness, at relatively affordable prices. And for having adequate rather than exceptional cameras. The 6P changed all that and the Pixel era saw the phones emerge as the frontrunners in camera photography. Unfortunately, this seems to have come at the cost of the very virtues that made the Nexus great – performance!

Just make a camera the next time, Google.