With every release, the Android update story has always been rather consistent. Google announces it sometime in the Summer with a host of new features, names it alphabetically after a sweet treat a couple of months later, and unless you own a Pixel phone, you end up waiting months or even a year to experience it on your third-party phone.

With Android Pie, however, it was different. Not only did a bunch of phone makers announce beta channels on the same day as the Pixels, but most of them have also promptly delivered on their promises. What’s more, that wasn’t restricted to merely their most premium offerings. A series of affordable phones have publicly gained the update in the last few weeks. Therefore, here are all the phones running Android Pie under Rs 20,000. 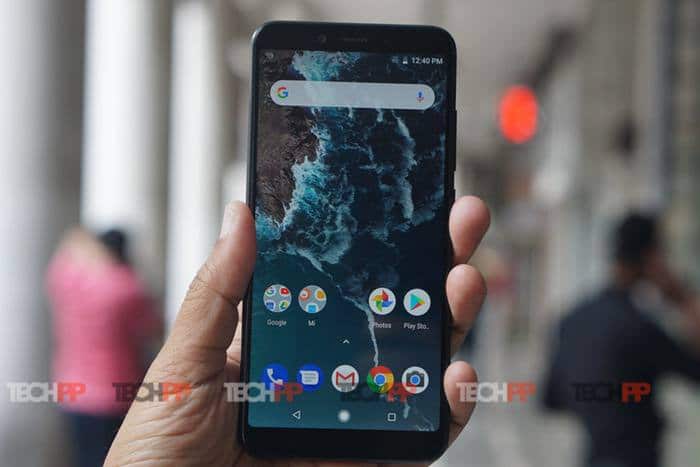 Xiaomi, fortunately, didn’t the repeat the same buggy mess it created last year with the Mi A1. Its second-generation Android One powered mid-ranger, the Mi A2 scored the Android 9 update without any setbacks. In addition to upgrading the phone to the latest November security patch, the update also adds all the new Pie features such as Adaptive Brightness, Adaptive Battery, the new Overview screen, and more.

The rest of the Mi A2’s specifications include an impressive set of 12-megapixel and 20-megapixel cameras on the rear, a 5.99-inch 1080p screen, Snapdragon 660 chipset, and up to 6GB of RAM. It starts at Rs 16,999 and you can buy it exclusively from Amazon. To read more about it, here’s a link to our review. 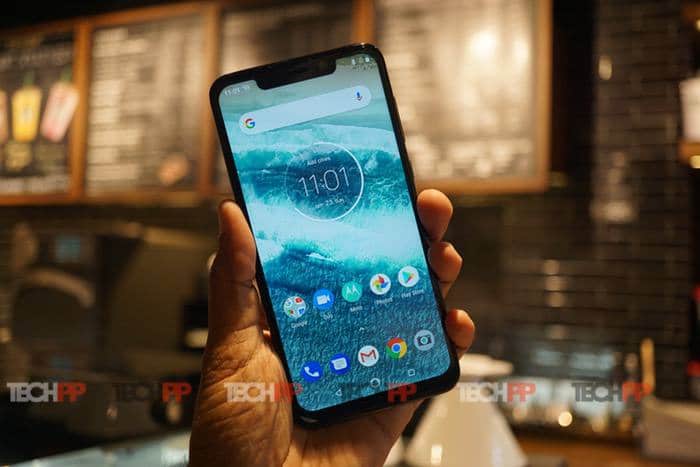 The second stock Android sporter which secured the Pie update recently was Lenovo’s Motorola One Power. Apart from having all the standard 9.0 features, Motorola also says the update fixes a few bugs and improves the battery life. As the name suggests, the One Power’s biggest highlight is its enormous 5000mAh battery which is even compatible with 15W quick charging. Plus, there’s a Snapdragon 636 processor, 4GB of RAM, and two cameras on the rear. The Motorola One Power is priced at Rs 15,999 and can be bought from Flipkart. Read more about in our review. 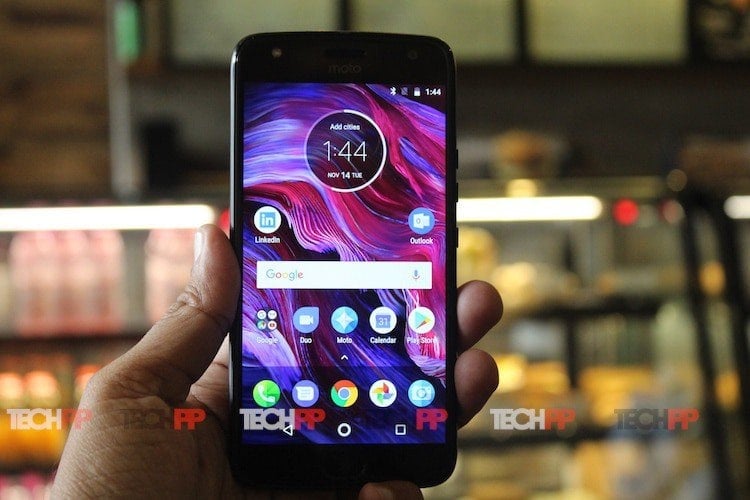 Another Motorola phone which is available for less than Rs 20,000 and runs the Pie update is the Moto X4. Originally launched with Android Nougat, Android 9 is the second major build Moto X4 has received in just six months which is rather commendable. The software is not, of course, is the only reason you should buy the Moto X4. There are plenty more such as the IP68 certified glass exterior, an excellent pair of cameras on the rear, a stand out design, and Snapdragon 630. Depending on sales, you can easily get the Moto X4’s base variant for about Rs 11,000 making it the most affordable phone with Android Pie in India. Read more in our review. 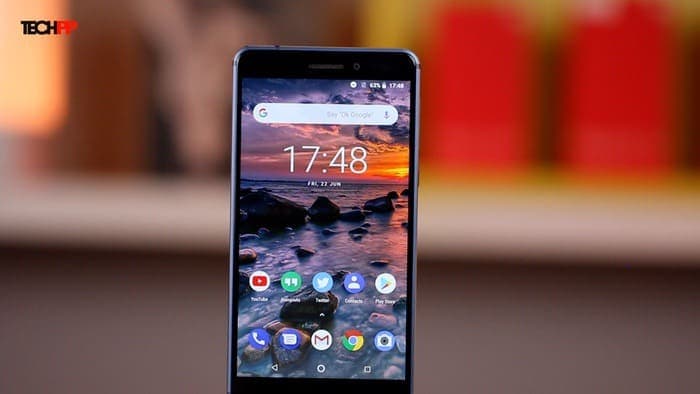 One of cheapest phones you can buy today for experiencing Android 9 is HMD Global’s Nokia 6.1. It was one of the first budget phones to acquire the Pie update, courtesy of its Android One badge. HMD Global has not made any specific changes or added exclusive features except for the usual polishing. To recap, the Nokia 6.1 comes with a 5.5-inch 1080p display, Snapdragon 630 processor, and a single 16-megapixel sensor on the back. It starts at around Rs 12,500 for the 3GB, 32GB variant and goes all the way up to Rs 16,000 for double the RAM and storage. Read all about it in our review. 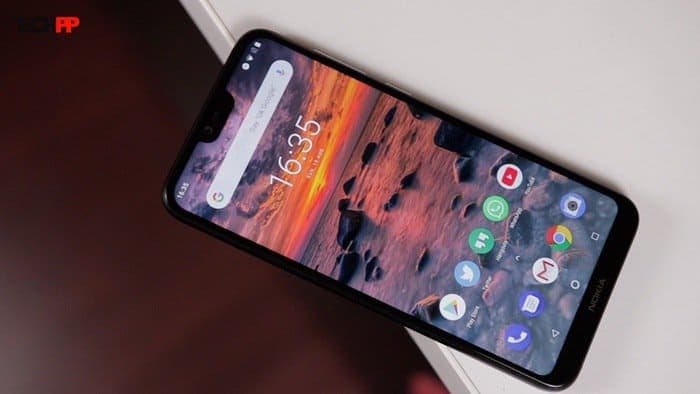 The Nokia 6.1’s Plus sibling, the Nokia 6.1 Plus is another HMD Global smartphone with Android Pie you can purchase today under Rs 20,000. It starts at Rs 14,999 and offers a bigger 5.8-inch screen, a superior Snapdragon 636 processor, and instead of one, two cameras on the rear. You can find our review here. 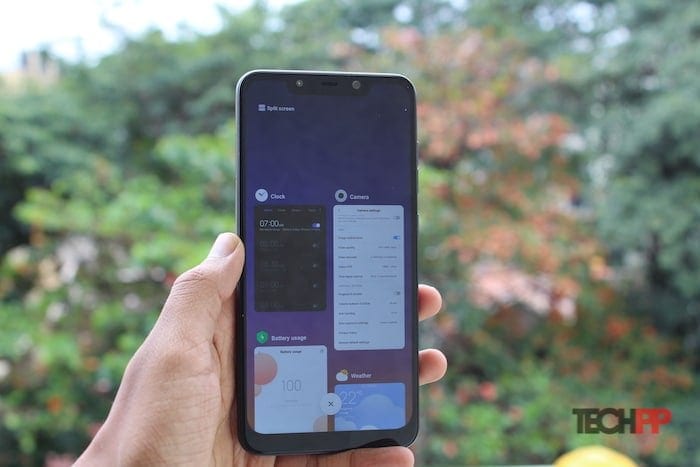 While not technically under Rs 20,000, the Poco F1 which costs a thousand more, is another Xiaomi phone to have the Android Pie update. Although it’s still in beta, we expect the company to roll it out for everyone in just a few weeks. Of course, unlike others on the list, the Poco F1 comes with a layer of the company’s own MIUI skin as well. And since the version of MIUI remains unaltered i.e. 10, you won’t find any significant visual differences.

The Poco F1, though, makes up for that with its flagship-grade specifications. It has a Snapdragon 845 processor, 6GB RAM, 64GB storage, 4000mAh battery, and a dual-camera setup on the rear. Here’s a link to our comprehensive review.

The Ones That are Still Waiting

Apart from the aforementioned ones, there are half a dozen other affordable smartphones confirmed to receive the Android Pie update by the end of this year or early 2019. That includes nearly all of RealMe’s lineup — RealMe 1, RealMe 2, RealMe 2 Pro, Huawei’s Honor Play, the Infinix Note 5 which comes with Android One, and Asus’ Zenfone Max Pro M1.

Was this article helpful?
YesNo
TechPP is supported by our audience. We may earn affiliate commissions from buying links on this site.
Read Next
10 Best Monitor Arms to Buy in 2022 [Buying Guide]
#Android Pie #Buying Guide #MI A2 #Motorola One Power #Nokia 6.1 #Nokia 6.1 Plus #Poco F1