Huawei’s sister brand, Honor has today upgraded its flagship View series by announcing the Honor View 20 in Hong Kong at its Artlogy conference. The new Honor View 20 comes with a host of advancements, some of which are “firsts” for both Honor and the industry. That includes a selfie camera which resides in a tiny screen hole measuring 4.5mm in diameter and a 48-megapixel camera on the back. 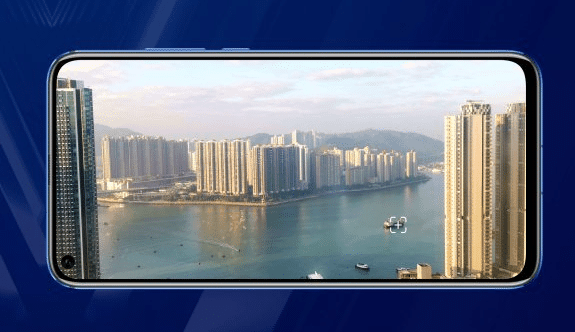 The Honor View 20 comes with Sony’s IMX586 sensor which is the world’s first mobile camera with a resolution of 48-megapixels. Of course, more pixels don’t necessarily mean better picture quality since smaller pixels can, in fact, let in more noise under dimly lit scenarios and the new IMX586’s 0.8-micron pixels is the smallest in the industry. To counter that, Sony is making use of a quad Bayer color filter array. Jargon aside, that component allows the sensor to employ data from the four adjacent pixels raising the light sensitivity effectively to the equivalent of a 12-megapixel image captured with 1.6-micron pixels. To know how well these measures translate to real-life shots, we’ll have to wait.

Apart from that, the Honor View 20 has a nearly bezel-less front all thanks to the company’s new All View technology which lets them put a high-res selfie camera in a tiny hole at the top left corner of the screen and build phones with an almost 100-percent screen-to-body ratio. In addition, the phone is powered by Huawei’s own Kirin 980 octa-core chipset which is manufactured through a 7nm process and can be found on a bunch of recent Huawei flagships like the Mate 20 Pro. The rest of the Honor View 20 specifications will be revealed at its official launch in China on December 26th. The global launch will be held next year on January 22th.

Was this article helpful?
YesNo
TechPP is supported by our audience. We may earn affiliate commissions from buying links on this site.
Read Next
Huawei sells its Honor smartphone brand in a bid to ensure its survival
#Honor #Honor View 20