The Asus Zenfone Max Pro M1 literally brought Asus back from the smartphone sidelines. And it did so in a manner that was very reminiscent of what the Moto G did for Motorola in 2013 – combining strong fundamentals (good hardware and stock Android) with a killer price tag. The phone was one of the most popular mid-segment smartphones in the Indian market in 2018, taking on and even holding its own against the mighty Redmi Note 5 Pro from Xiaomi. And now even as Xiaomi has come out with the Redmi Note 6 Pro, Asus too has come with a successor to the Max Pro M1 – the Zenfone Max Pro M2. 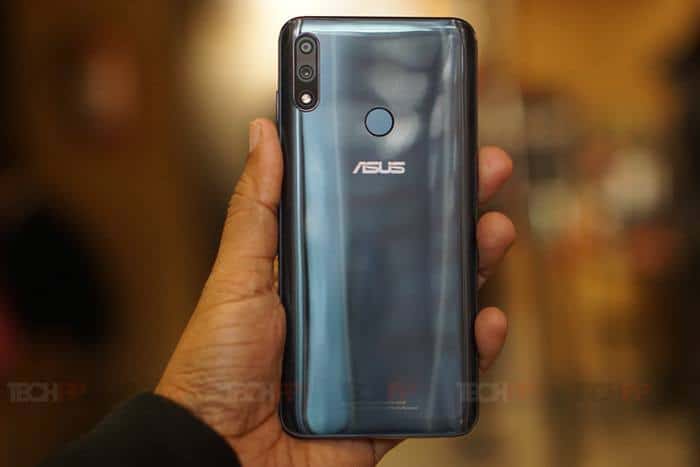 The Pro M2 marches to a very different design band from that of its predecessor. Whereas the Pro M1 was all about solidity and substance, the Pro M2 brings a lot of style and flair to the table. It is easily one of the best-looking devices we have seen in the price segment, with a beautifully curved glass back that stands out from the crowd, curving light that falls on it in a manner that reminds us of the Moto X. The phone is surprisingly compact and will for most hands and at 8.5 mm, is impressively thin. And well, we could not believe it had a 5000 mAh battery because it was just D’Souza light (175 grams). The 6.26-inch display has a notch in keeping with the times, and while the glossy finish of the device will pick up smudges (Asus has included a transparent cover in the box), there is no doubt it will attract attention. In a nice way. No, it does not look as crazy premium as the Honor 8X did, but more high-end than a mid-segment offering, although some might complain about the absence of dust and water resistance.

Asus has tweaked more than just the design of the phone, though. Yes, there now is a notch on that full HD+ display, and although it carries a front camera, LED flash, proximity sensor, light sensor, notification LED and an earpiece, it manages to look small enough. The front of the display is protected by Corning Gorilla Glass 6, making this one of the few phones in its price segment to come with that level of protection – Asus claims it can survive up to 15 falls from 1 meter, and it certainly feels solid enough, although the presence of so much glass does make the phone rather slippery. The display itself is a good one, and pretty much as good as any we have seen in the sub-Rs 15,000 segment, although we would have preferred better daylight visibility. 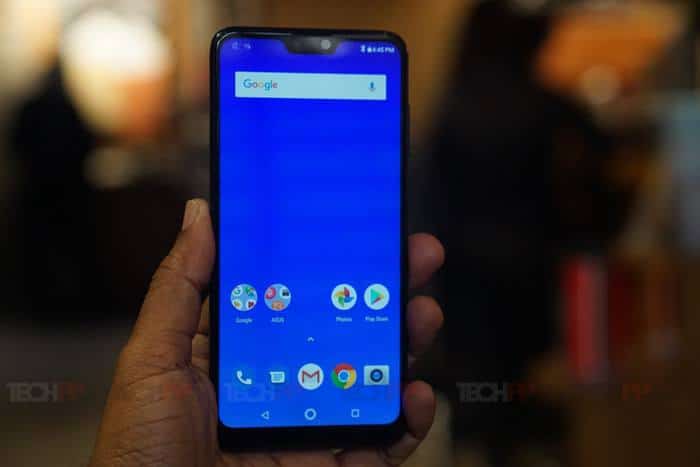 The other major hardware change is the presence of a Snapdragon 660 processor, which is a step up from the Snapdragon 636 seen on the Pro M1 (oh, hey Xiaomi!). Does it actually make a difference? Well, if you are a casual gamer, the difference is not likely to hit you, but get into the PUBG and Asphalt zone and you will see, literally, a change in speed – games do tend to load faster and run more smoothly than we have seen on devices running on the 636. And while on gaming, the speaker on the phone is impressively loud too, although the sound is much better on headphones (yes, there is a 3.5 mm audio jack on the phone!). 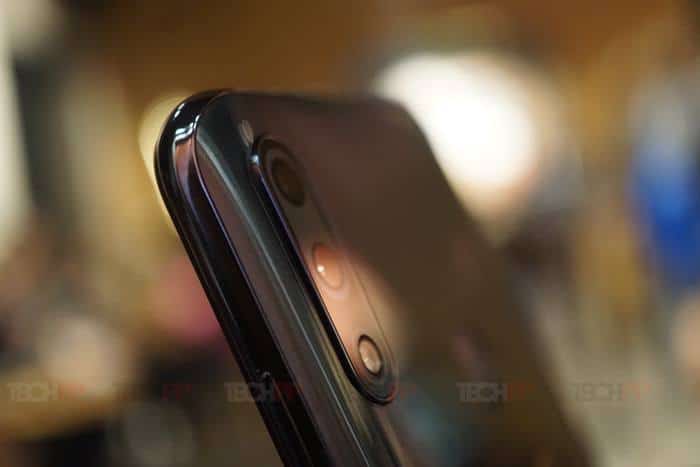 Asus also has improved the cameras on the device – there is a 12 and 5-megapixel rear camera combination and a 13-megapixel selfie snapper to handle photography tasks. The main sensor on the back has a f/1.8 aperture and comes with EIS for better low light photography and videos. Asus also claims to have thrown in some AI sauce for automatic scene recognition. The results are, however, a bit of a mixed bag. Daylight shots often came out very well, if a little on the oversaturated side, but low light performance remained very iffy – glare handling was not the greatest and it seemed as if sometimes the phone was trying to deliver images with very bright colors even in dark conditions. The portrait mode (depth effect) on the rear cameras was decent, though – yes, some edges were missed from time to time but we liked the fact that we could fiddle with the amount of bokeh we wanted while taking a picture, and not totally depend on the camera’s discretion in this regard. Close-ups were generally better than landscape shots, where we felt there was a little loss of detail. 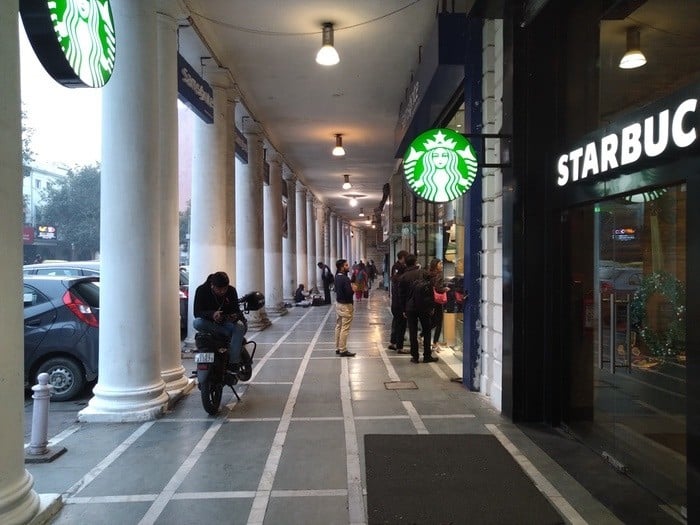 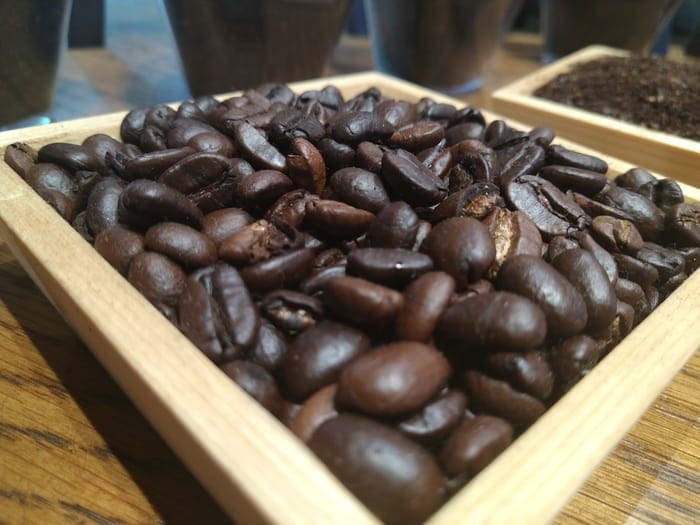 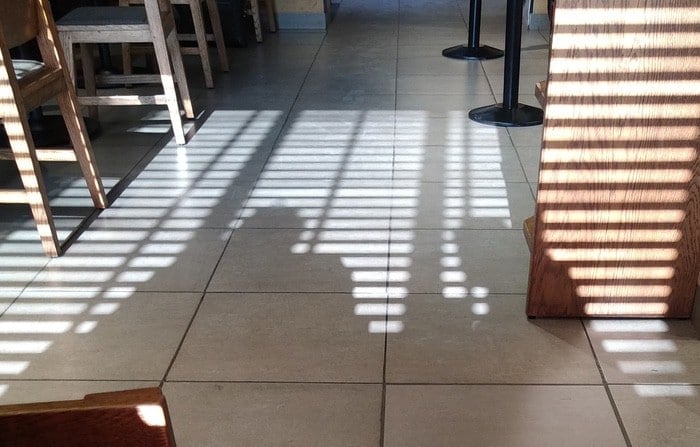 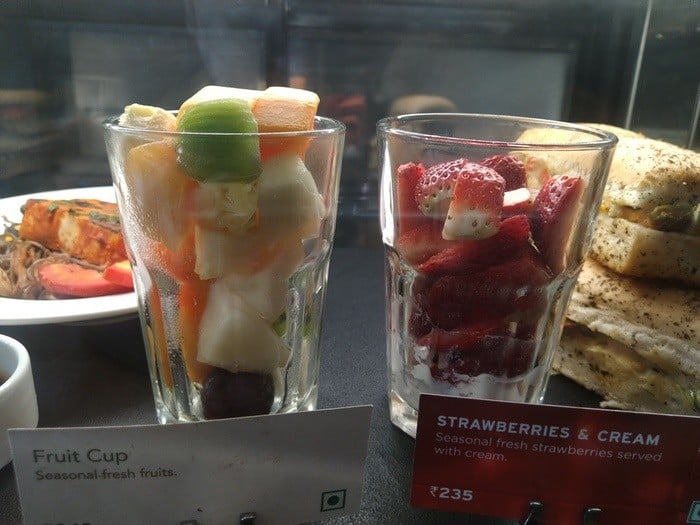 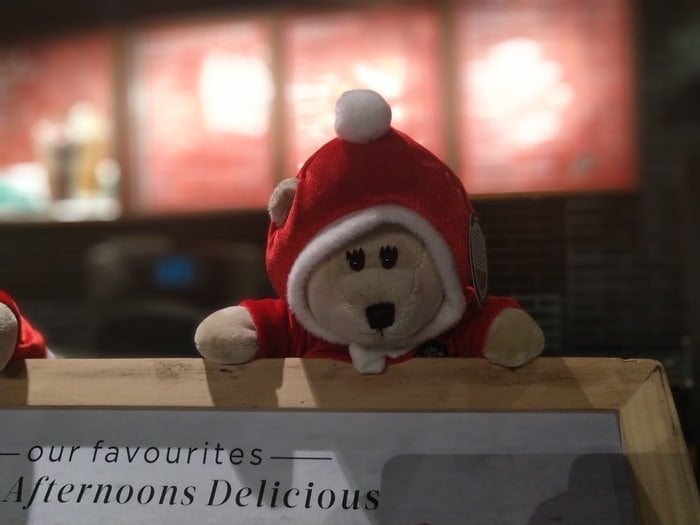 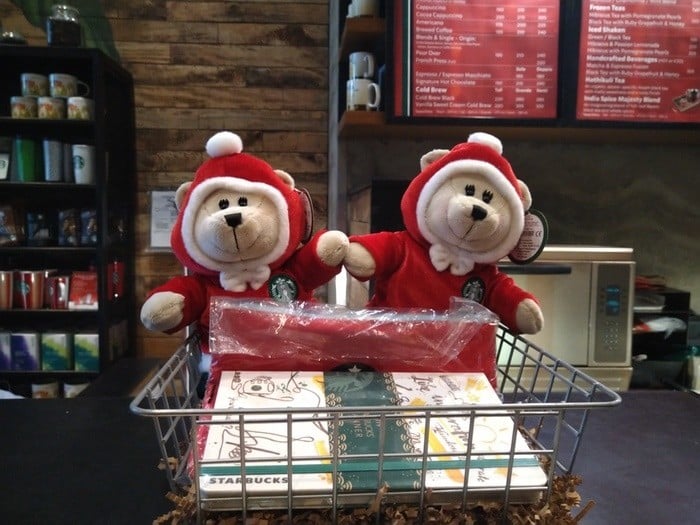 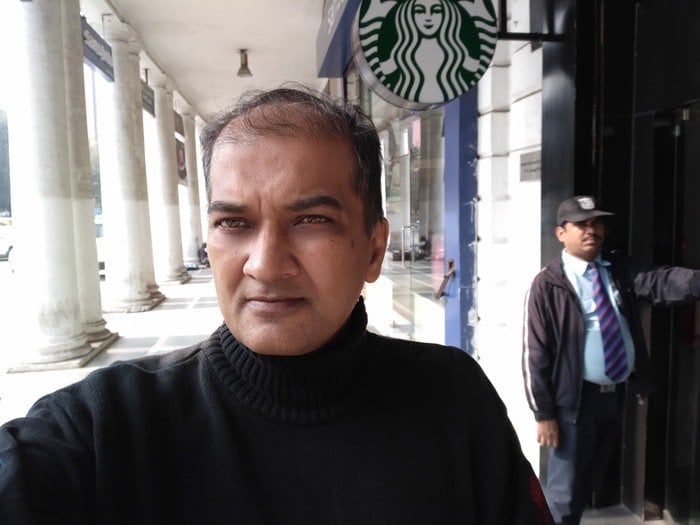 The selfie camera was a middling rather than exceptional performer, delivering acceptable details although the colors tended to be a little unrealistic (even if you kept the beauty mode off). Video again was passable rather than exceptional. In sum, while there is no doubt that the camera is a step ahead of its counterpart on the Pro M1, it is still not really in the league of the shooters we have seen on the Realme 2 Pro and the Redmi Note 6 Pro, leave along the Mi A2, which is pretty much the gold standard in the Rs 16,999 price zone. 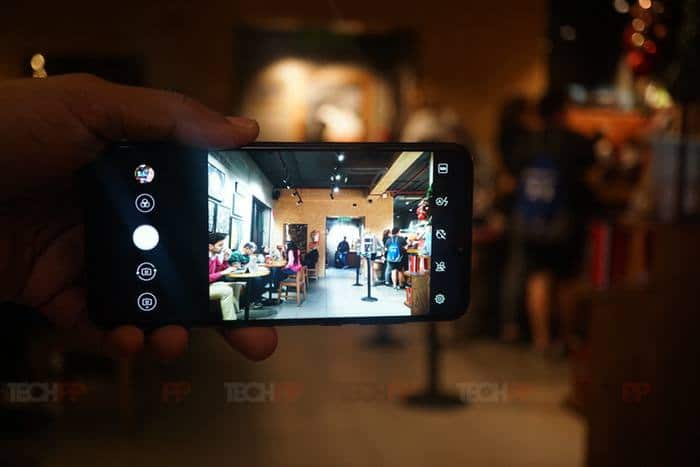 But in our opinion, the real ace up the sleeve of the Pro M2, just like its predecessor, is its battery life. Asus has managed to fit in a 5000 mAh battery in the Pro M2’s sleek frame and we found ourselves being able to get two days of usage without any trouble from it, and more if one was careful. That is frankly well ahead of anything that the competition has to offer at the time of writing. No, there is no fast charging, and charging that battery (it uses a micro USB port, no Type-C here, although we do not mind) can take close to three hours – that said, you are unlikely to get very low on battery on this device. 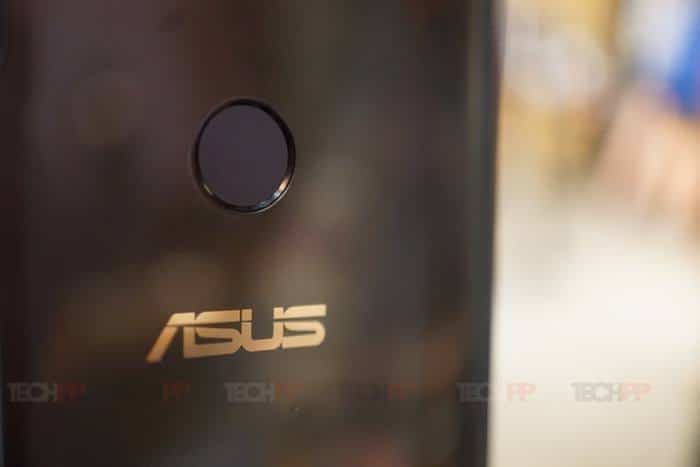 Another feature of the Pro M1 that gets carried over to the Pro M2 is stock Android. Unfortunately, although Asus has a very good record in terms of Android updates (second perhaps only to Nokia), the Pro M2 comes with Android 8.1 out of the box, with an update to Android Pie expected in January. For the most part, the UI works smoothly enough but there were a few app crashes and occasional lags, which we found odd – the whole experience was not as smooth as on the Moto One Power or the Nokia 6.1 Plus. Knowing Asus, however, these are likely to be ironed out. That said, we have to admit that for all its simplistic charm, stock Android is beginning to look all too plain when compared to the likes of MIUI 10 and even the Color OS on the Realme devices. Also with some very good Android One devices from Xiaomi, Moto and Nokia in the same price segment, stock Android on the Pro M2 is not quite the trump card it was for its predecessor. 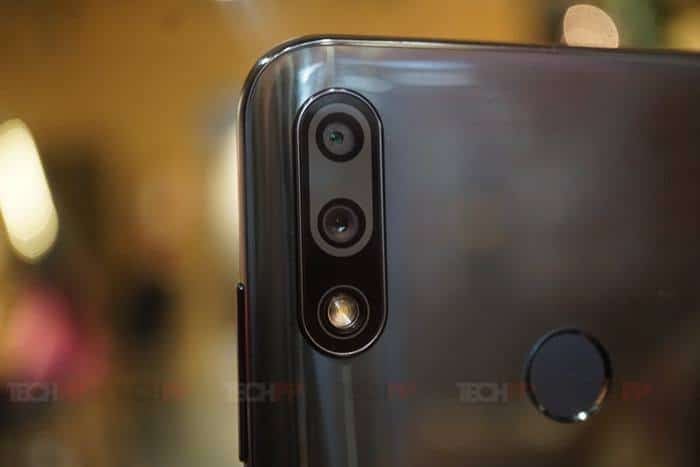 Still, at Rs 12,999 for 3 GB/ 32 GB, Rs 14,999 for 4 GB/ 64 GB and Rs 16,999 for the 6 GB/ 64 GB variants, the Zenfone Max Pro M2 is very competitively priced. However, it faces a lot of competition and some would say it does not feel as irresistible a deal as the M1 had (it started at Rs 10,999), especially considering that the Redmi Note 6 Pro starts at Rs 13,999 for the 4 GB/ 64 GB variant, and comes with better cameras and software. There are also the likes of the Realme 2 Pro, the Honor 8X and the Nokia 6.1 Plus which match it in terms of style quotient. The Pro M2 thus has a much tougher path to navigate than its predecessor did. That said, it is one of the best blends of style and substance we have seen at its price point. If the camera is not very critical for you, and you can put up with a slightly old flavor of Android (albeit a very clean one), this is, as they like to say in Hollywood, a contender.

Was this article helpful?
YesNo
TechPP is supported by our audience. We may earn affiliate commissions from buying links on this site.
Read Next
Skullcandy Mod Review: Betting on doing the basics well
#Asus #Asus Zenfone Max Pro M2 #review