For a long time now, Apple has been advertising its iPad as a device that can replace your computer. It has released ads and marketing campaigns in an attempt to position the tablet as a powerful computing device. But while the iPad gets consideration as a computer from its fan following, this placement also brings the device a fair share of heat, especially from the computer lobby. In a recent Holiday ad for the Surface Go, Microsoft has poked fun at its arch-rival, the iPad. But does it work or is it like poking a stick at a grizzly bear?

Grandma got hit by a “Surface”

The 30-second Holiday ad is a small musical staged on the remix of the song “Grandma got hit by a reindeer.” It begins with a young girl walking in a mall with her grandma. And in the lyrics of the short musical, the young girl is asking her granny not to buy her an iPad for Christmas, that it (the iPad) was fine when she was six but now that she is ten, she needs something more powerful to cater to her growing needs. In the song, the young girl mentions how she needs a “Real Computer” to do all the amazing things she can, like coding, helping the environment, etc. Then our young protagonist gets to the point and brings the Surface Go into the picture, saying that she wants it to be the best version of herself that she can be. The ad ends with the young girl and her grandma at the Surface Go store. 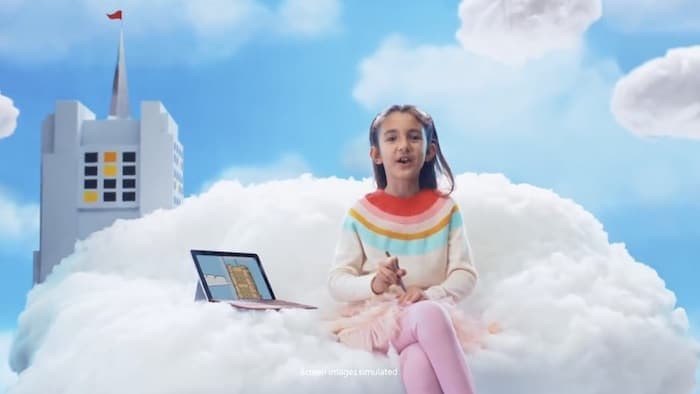 Competitive advertising is a well known double-edged sword. While it can make you look better than your competition, it can also cost you attention in your own ad, especially when you take direct aim at your competition by not only naming it but starting your ad with it. Microsoft has done something similar with its Surface Go Holiday ad. Right when it begins, the ad takes off with the iPad. And from the beginning, it became an ad that wanted to pull the iPad down rather than one that wanted to push the Surface Go above it.

Yes, the visuals of the ad did give us the glimpse of the Surface Go every now and then to make sure the audience understood that the ad is about the Surface Go, but it was not right until the very end that the young girl mentioned that it is the Surface Go that she wants. Microsoft’s notebook came at the climax as a computing messiah that comes to the rescue of those in need of a more powerful device. But for us, it did not really have that strong an impact.

The ad started off with talking about the iPad, and we, therefore, ended up connecting the copy more to the iPad. Yes, it made fun of the device but like many competitive ads, it did not consider the extremely thin line that lies between making your device the superhero that rescues the helpless masses and actually giving away attention to your rival.

And our biggest problem with the ad? It failed to give its own device the kind of attention it deserved. The Surface Go tried really hard to pull the iPad down in the ad but unfortunately did not emerge as the hero. We would have loved to see the company highlighting the features of the Surface Go in-depth instead of bringing the iPad into the equation from the very beginning. The ad also implies that everyone who uses an iPad is a kid, almost making fun of their intellect, which does not seem like a great idea to us. The section of iPad users is pretty big, you know, and we doubt they would appreciate the jibe. 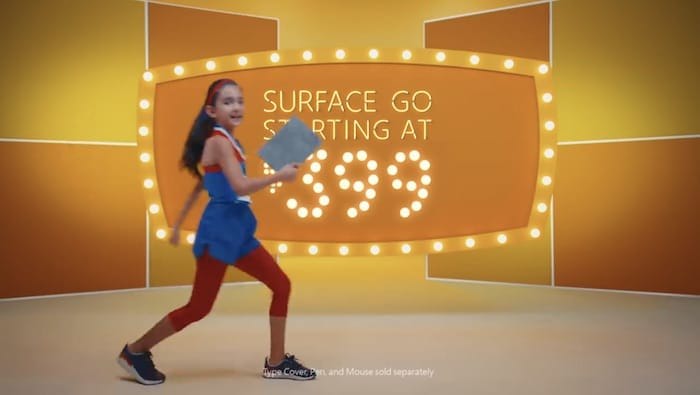 That said, the ad is not completely hopeless. There are quite a few elements of the Surface Go Holiday ad that we absolutely love. First things first, it has successfully managed to establish the holiday feels. We are mentioning this because many companies call their ads holiday ads but at the end of the day, these fail to carry enough Christmas-y vibes. Thanks to the song remix and the basic storyline of the ad paired with a few elements of Christmas, the ad cannot be mistaken for a general ad.

While the copy does not do a lot for the Surface Go in the ad (apart from highlighting its starting price and showing some features that honestly, we have seen on the iPad too – you can do coding on the iPad too!), we still think it is very clever, witty and funny. The copy will actually entertain you. The direct jibes at the iPad are not new but are definitely fun to consume as a viewer. We also like how the company has created the ad like a Broadway musical than the plain, old text and copy kind of ad. Unlike many tech ads that focus on tech specs, this one puts the features and capabilities of the device on the table in an interesting way, making the ad more memorable.

“Go” in the right direction, Surface! 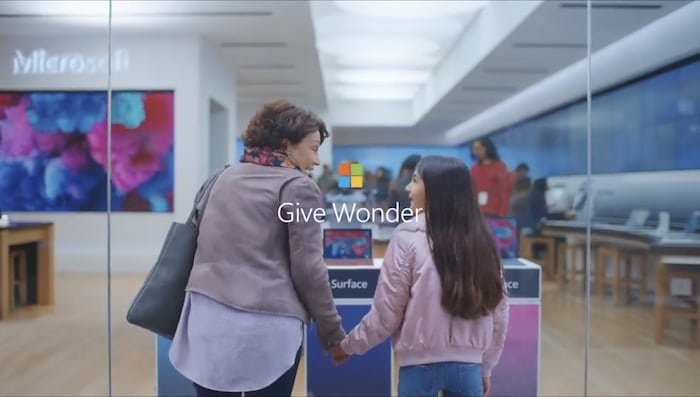 Microsoft had all the ingredients to make a great ad for the Surface Go here. But we think all that creative energy that was spent in making fun of the iPad could have been channeled in a better manner. We are not saying that companies should completely steer clear of competitive advertising, but it is a tricky business, especially when it ends up giving your competition screen space. Google showed us a great way of poking fun at the competition when it took on Mac and Windows devices for its Chromebook ad a few months ago. Unfortunately, while Microsoft has made a good ad in entertainment and production terms, it does not quite hit the competition in the way it had hoped to. This Holiday ad may have been for the Go on the Surface, but had iPad written all under it.

Was this article helpful?
YesNo
TechPP is supported by our audience. We may earn affiliate commissions from buying links on this site.
Read Next
How to Request Read Receipts in Microsoft Outlook
#microsoft #Surface Go #Tech Ad-ons