We did not have the Asus ROG phone with us for a long enough period to be able to review it — reviewing a phone in a week is as difficult for the reviewer as it is unfair to the reader. But the time we spent with it was more than enough to convince us that Asus’ decision to focus on high-end and gaming phones in the coming days (the Zenfone is not dead yet, as the company insists) has some substance to it. The phone is one of the most distinct devices we have used for a while, something that is rare in an increasingly uniform design Android phone world. 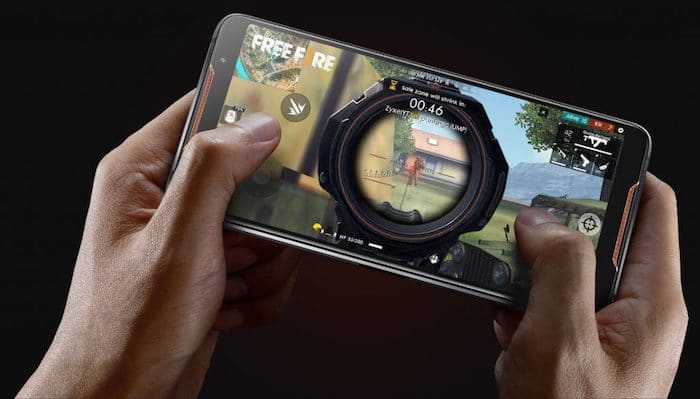 Right from its design, which screamed “gaming” at us with its orange accents (https://techpp.com/2018/12/20/asus-rog-phone-design-opinion/), etched patterns on the backside and arrow-shaped camera unit and speakers; to its performance, which spurred by an overclocked Qualcomm Snapdragon 845, 8 GB RAM and a great AMOLED display with 90 MHz refresh rate and excellent sound, was among the best we have seen on any device, the ROG phone was anything but routine and predictable. It had some very innovative controls, a compelling design, fantastic performance levels and even some very well crafted accessories (the cooling unit for instance, which also had a USB Type C port and a 3.5 mm audio jack on it). And it came with one of the biggest names in gaming – Asus’ Republic of Gamers.

What it does not, however, have is enough content that makes the most of all that hardware and design brilliance. Yes, some games like PUBG and Asphalt have been optimized to make the most of what the ROG phone offers, but by and large and across most games, the experience on the ROG phone is perhaps just a tad better than what one gets on a standard Android flagship in terms of experience. And this is not really Asus’ fault. For, unlike in PC gaming, where game developers actually try to optimize games for the best hardware, in mobile gaming, the process is actually the reverse, with developers trying their best to make their games run even on the most basic of hardware. In fact, even as this is being written, we know that developers are working hard to try and ensure that Fortnite and PUBG run relatively smoothly on even Rs 10,000 phones – and at some stage, that too will happen. 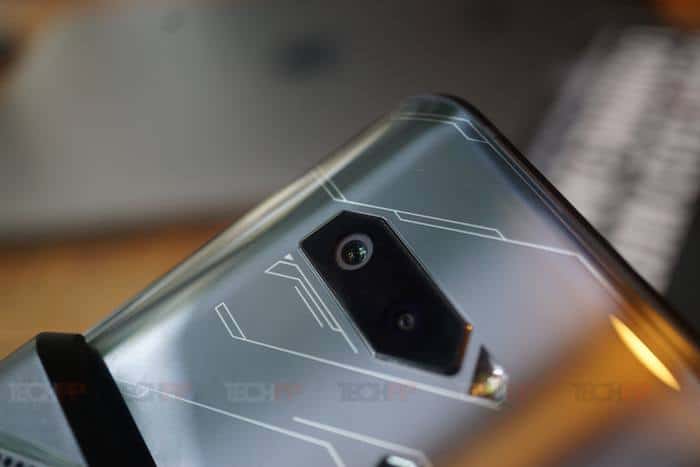 And that is because unlike on PCs, gaming on mobile phones is very mainstream, and is targeted at a broad swathe instead of a tiny niche. PC game developers almost pride themselves on coming out with titles that force users to move up to new hardware (remember Crysis!), but when it comes to mobile games, the idea is to fit your title into what already exists – indeed, to run it on as many phones as possible. Perhaps because at the time of writing, not too many people actually buy a phone mainly for gaming. Gaming is just one of the many things that a phone does, other than browsing the web, photography, shooting videos, messaging, mails…and, we almost forgot, making calls. And this is why in spite of everything it offers, the ROG phone finds itself getting pulled into comparisons with not just the likes of the Note 9 and the Pixel 3, but even the OnePlus 6T and the Poco F1. That is also why even at the briefing of the ROG phone, there were queries about the quality of its cameras (they are very good incidentally) and about gesture control, as well as mutterings about too much “bloatware.” A gaming PC can afford to be good only at gaming, a gaming phone still has to be a good phone. That could change if the number of things that only a gaming phone could do increased. Right now, they are very few in number – a gaming phone like the ROG can handle games better than other flagships, but the difference is not a staggering one. 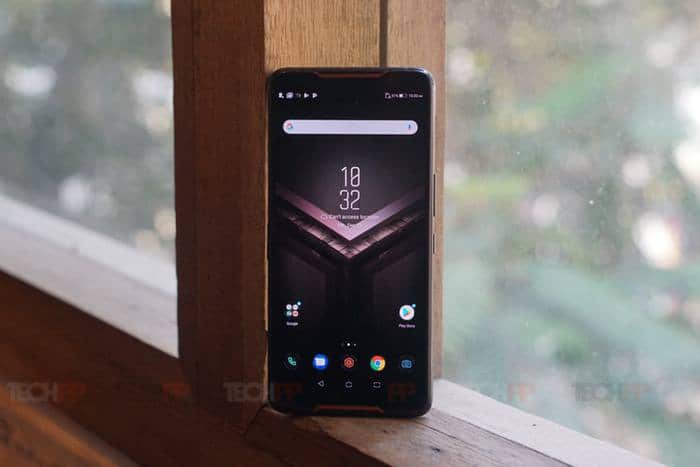 And that actually is the biggest challenge that the Asus ROG phone faces. Not one of hardware or design – those are relatively easy to surmount – but of content. In many ways, it is like one of those 4K televisions that are capable of showing high quality content but simply do not have enough 4K content to show. Imagine owning a Ferrari but only having a dirt road to drive it on? That.