Come a new year and we all get into wishlist mode (as if Santa had not already got us stuff), going all starry-eyed and betting on what the next twelve months will bring. But there are two strands of thought here – one that gets all realistic and makes wishes based on past experience, and then there is the one that simply chucks logic out of the window and gets into real wish mode, no matter how unrealistic. After all, that is what wishes are for, right? So even as many of our colleagues put on hats that were realistic, we tossed ours out and decided to simply put down what we would love to see in tech in 2019, even though we kinda sorta (and sorta kinda) know that it is VERY unlikely to happen. 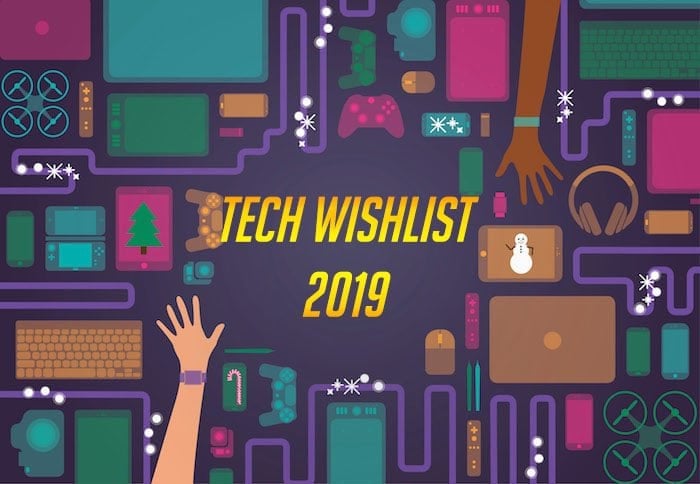 No, we did not get into flying machines and artificial assistants that spoke like Jarvis and looked like George Clooney, but well, we did let ourselves believe that the following ten things could happen. If any of them do, it will indeed be a Happy New Year:

2018 was a year of discoveries – very uncomfortable discoveries – as we found out that our data was being misused by the companies we trust the most. Both Facebook and Google found themselves in the dock, being accused of sharing, leaking and in some cases even manipulating data. The news made headlines and tarnished more than a few reputations, but after a storm of outrage, the dust settled and along with it, so did all the questions about security. And these two companies seem to have got back to business as usual. We hope 2019 will see them patch up their walls themselves without any controversy driving them to do so. 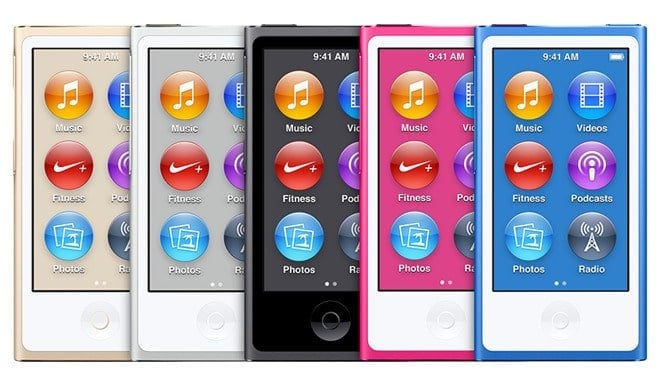 When Apple launched the iPhone, Steve Jobs very famously said that the device was “an iPod, a phone and an Internet communicator.” But while the iPhone has thrived over the years, the iconic iPod has died a slow, painful and we think early death. With music, shows, and films becoming an almost seamless part of our everyday lives, we think that it is time the iPod made a comeback. No, we are not being greedy. Given the fact that iPhones are becoming ridiculously expensive, there is room for a handy, (relatively) budget-friendly, stylishly designed, easy to use a multimedia-centric device which could take the Apple experience to the masses.

Mention tough display protection and Corning’s famous Gorilla Glass comes straight to mind. 2018 saw the company release version 6 of the Gorilla Glass, which it claimed was stronger than ever before. The sad truth, however, is that we still ended up putting tempered glass on top of this super tough glass to save our devices from scratches and worse. A protective layer needing protection itself – how ironic is that? Technically speaking, the focus of Corning has been to increase drop resistance at the expense of scratch resistance. So for 2019, it would be kind of great and convenient and economical if Corning could really give us a layer of glass that can keep our displays so safe that we do not need to invest in screen protectors every three months!

Google delivering timely Android updates to Android One at least

Android fragmentation statistics continue to make very sorry reading. You ask why? Well, when a new version of a software launches, you expect it to be not just on top of its game but also on top of the charts. While Android Pie has been praised for its functionality and features, barely a handful of people have actually been able to use it. As 2018 ended, less than one percent of Android devices were actually powered by its latest version, in spite of more devices than ever before running stock Android and many being on the much-hyped Android One initiative, which was assured timely Android updates. So for 2019, we just wish the Big G would roll out the Big P (and maybe even the Q) to at least the One(s) to whom it has promised it. Pun intended. 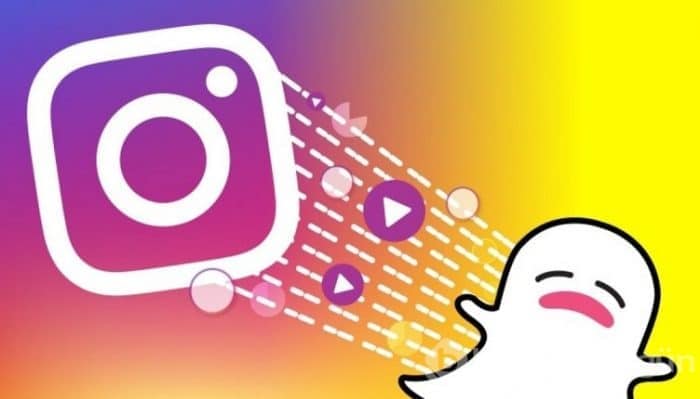 In the beginning, there were pictures and filters, and little hearts (that like button). But as time passed, it seemed that Instagram’s innovation went deep sea diving in the Snapchat ocean. The result was that as 2018 came to an end, many were using Instagram as a substitute to Snapchat – it had got stories, chats, AR filters and many more features that Snapchat had made famous. Some might find that convenient, but we really feel that Instagram needs to bring something original to the table in 2019, just to make it less Snapchatty and more Instagrammy.

This one is the crowd favorite. Which person in their sane minds has not wished for an iPhone that would not cost the earth? And that wish has got only stronger in 2018 as we saw the prices of the new iPhones reach such a level that the iPhone XR was considered “affordable” at Rs 76,900! We do not know what sorcery Cupertino would need to do to get there, but it would be awesome to see an iPhone in the flagship killer segment. Pun intended.

Xiaomi to launch its high-end phones in India 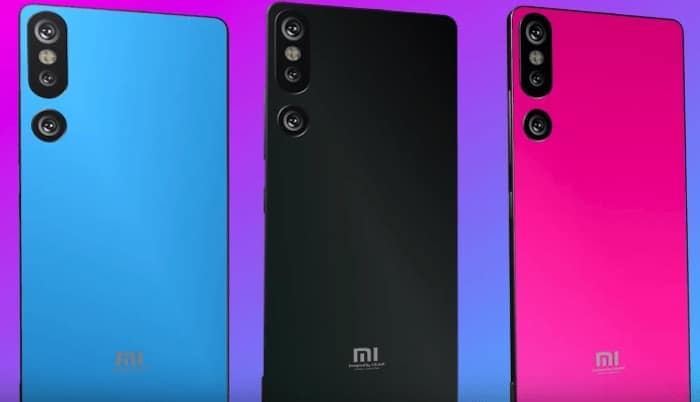 2018 was the year that saw Xiaomi establish itself as the number one smartphone brand in India. And remarkably, it did so without launching any of its high-end phones in the country. India is definitely one of the biggest markets for the brand, and now that Xiaomi seems to have consolidated its position in the Indian tech scene, we think that it’s only fair that we see the company spread its wings fully and provide Indian users with its complete array of smartphones, including its high-end flagships. In 2019, when someone asks “Kiska baja”, it would nice if the person checked a Mi 9 rather than a Note 6 Pro, for a change!

OnePlus to launch all variants at one go

It might officially launch only two devices every year, but in reality, we see OnePlus launching one too many variants of the same device around the year. Now, we do not mind seeing totally different devices being launched at different times, but seeing the same device in different colors, different editions, and different variants can be a little tiresome. Because let’s be honest, we are not exactly seeing something radically new every time – it is the same old soul in a new body. What’s worse, loyal consumers who buy the device as easily as possible tend to feel disappointed when others, often more glamorous variants, are released later on. Not fair, is it? So for 2019, what we want from OnePlus is: one launch per device, and show all the variants there itself.

Nintendo to make a gaming phone 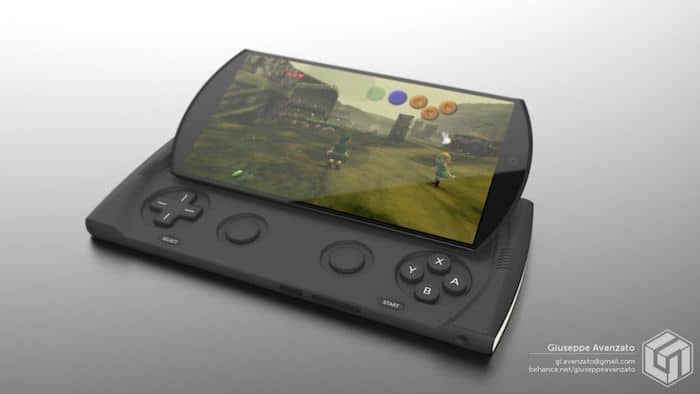 2018 saw the rise of the gaming phones, and who knows to game better than Nintendo. The company is behind the most popular gaming console in the world, the Nintendo Switch, and has also made one of the most popular mobile games, Pokemon Go. After conquering the console gaming and gaming apps, we really think it is time Nintendo brought the two worlds together and stepped into the gaming smartphone world to show the rest of the world who the boss is. A Switch-like phone with innovative gaming features and seamless connectivity to a larger display might make many of switch. Pun intended. And oh yes, please release it in India (we do not even officially have the Switch here, for God’s sake)

Amazon to make a Kindle with a color display

Yes, we know that Amazon has a Fire tablet range, but what we are asking Bezos’ company to do is give us a Kindle with a color e-ink display. Imagine being able to read comics and graphic novels in all their glory on a Kindle, with the same great battery life. Yes, it would be great if they could somehow make the UI less laggy, and give us a better onscreen keyboard and Alexa and…oh well, just a color display would do.

Was this article helpful?
YesNo
TechPP is supported by our audience. We may earn affiliate commissions from buying links on this site.
Read Next
Seven “Old’ Camera Phone Features We Would Love to See Return in ...
#Wishlist