Oh, and in recent times, it’s the company which copies its competitors. And for those with brains running at the speed of 0.01 miles per hour — yes, we are talking about Snapchat here!

Facebook has just introduced a new camera feature to its Messenger application which comes with various AR based filters. Ummm… we think we have seen this “newly added” feature before somewhere. 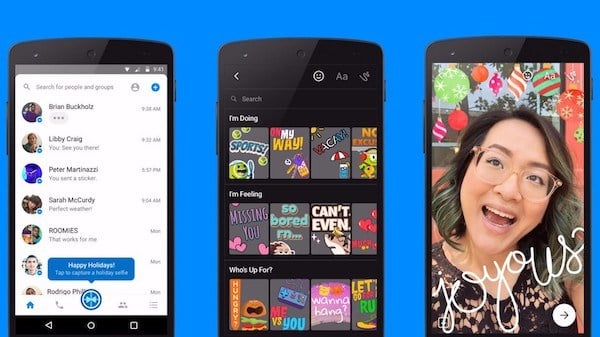 While we were flipping back the pages of our Facebook-Snapchat history book, we came across the chapter from where it all started. We remember it very well. Facebook tried to buy Snapchat back in 2013 for $3 billion – all in cash. What seemed like an irresistible deal was kicked in the backside with a cowboy boot by the photo-sharing application which was barely two years old at that time. Its ego badly bruised (we assume), the biggest social networking platform in the world, decided that it should hit back. And this is how we think Facebook worked out the idea:

(The following conversation is a work of fiction. Any resemblance to actual persons, living or dead, or actual events is purely coincidental. Just saying.)

Executive 1: What are the new things we can add in Facebook and our sister platforms to attract more users?
Executive 2: Now that Snapchat has declined our $3 billion offer let’s copy their features one by one and introduce them on our platforms?
Executive 1: Amazing idea. Let’s do it. This way, we can really add something ‘new’ in our platform.
Executive 2: But what if people think we are stealing?
Executive 1: Dude, “good artists copy, great artists steal.”

Or something to that effect, we think. How else can you decide Facebook’s recent decisions to put Snapchat-like features and paste them over its multiple platforms? Instagram got new Instagram Stories (aka Snapchat Stories), WhatsApp got a new camera app with Snapchat like writing over features and now we have Messenger with almost the same AR filters. From a smaller brand, it would have been merely aspirational. From someone of the dimensions of Facebook, it is just plain silly. For, even while Facebook is trying to duplicate Snapchat’s winning formula, the one point the Social Network is totally missing is the fact that no matter how much it copies Snapchat, it won’t really help.

There is a reason why people are using Snapchat. The photo sharing application brought some new features to the table and people loved it. And it had actually very little to do with the sort of social networking we did on Facebook. We think users go to Snapchat to share images which can get deleted automatically and they do not have to worry about the images, the history and other issues – it is a very “instantaneous” platform. Facebook, on the other hand, is much more organized: users share status, images, videos over the platform which of course, stay there and they can see the stuff shared by their friends. Facebook has even turned into a source of news for some. And this is what makes Facebook different – it is almost a world in its own right.

Which is why the existence of Snapchat alongside Facebook is unlike to hurt Facebook much. Snapchat offers something totally different which is why people use it and same is the case with Facebook. People use Facebook for a reason which is why if a new social networking platform emerges tomorrow, working on the same lines as Facebook, we do not think people will switch. For the same reason, we do not think those accustomed to Snapchat will move just because they can get similar features on another network. People do not abandon contact lists and communities that easily. Hey, Facebook has a Messenger app, but that has not made people switch from WhatsApp to it in massive numbers, has it? Similarly, no matter how many effects it adds to its camera, good old Instagram will still retain most of its users. 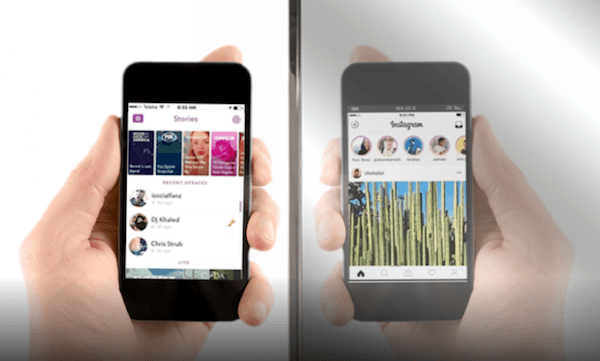 We have a saying: different strokes for different folks. It is time the Blue Company understood that people use all these different platforms because of their diverse needs and features. Do you want to attract users from another platform? Do something compellingly different. Copying and pasting features from a competitive platform aren’t going to make a real difference, because hey, those features already exist.

Yes, we understand that everyone is doing stuff and the level of innovation is getting saturated but overcoming that is the real challenge, isn’t it? And who is better equipped to lead the charge than Facebook, which is on top of the social media leaderboard? A company of this size that is followed by all the eyes in the industry does not have to stoop to ape a competitor to gain market share or claim innovation. It would have been easier for us to understand if a small company trying to make a name for itself drew “inspiration” from a leader, but for a company which is already leading the parade, this comes across as a very shallow move. Yes, we think Facebook, being the giant that it is, owes its users features that are its own, and not knock-offs from others. The company which seems to be getting more than inspired from Snapchat needs to put its foot down and create something really new. Snapchat being the smaller company is not trying to be Facebook, is it? 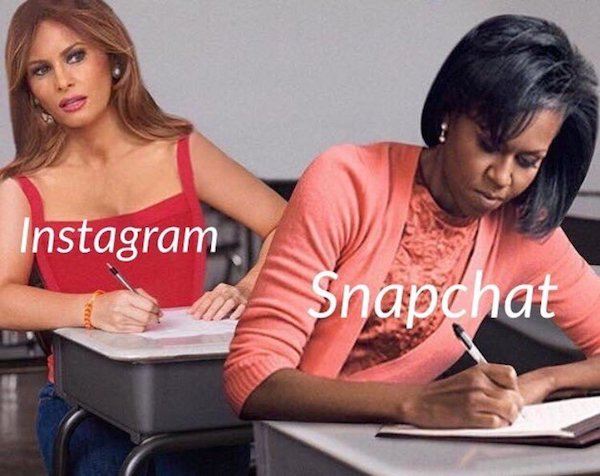 Here’s hoping there will be another meeting at Facebook which will go somewhat like this: (Yes, this conversation is fictional too. All resemblance to…blah blah and all)

**In another brainstorming session**

We can always hope, can’t we? Come on, Facebook. Show us that there is more in your innovation labs than Snapchat clones.

Was this article helpful?
YesNo
TechPP is supported by our audience. We may earn affiliate commissions from buying links on this site.
Read Next
With Football Manager 2023 Touch, Apple Arcade finally has its “killer ...
#facebook #Instagram #Opinion #Snapchat