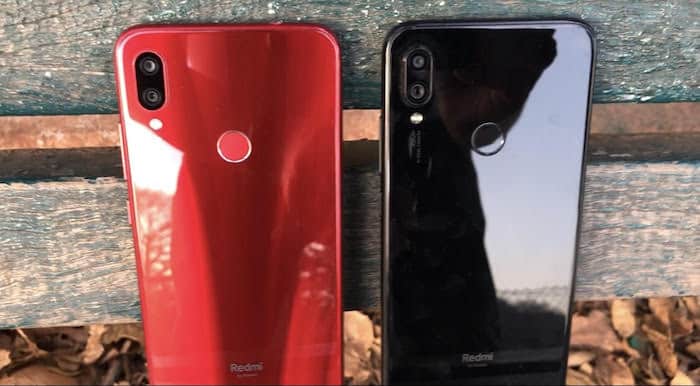 Glass is common, Gradient finish is not

Both the Redmi Note 7 and Note 7 Pro come with 6.3-inch full HD+ displays with a similar drop notch, and glass backs, with Corning Gorilla Glass 5 in front and back. There is, however, one significant difference – the Redmi Note 7 Pro’s red and blue variants come with a gradient finish, allowing light to form patterns on their backs and also seemingly changing shades in the light, whereas the Note 7 variants have a relatively plain finish. A point to note is that it is not as if this makes the Note 7 look inferior – there is a crowd out there for the non-gradient, simple look too!

All right, THAT camera!

The scream out largest difference between the two phones are the rear cameras. The Note 7 Pro, of course, comes with the much talked out 48-megapixel, half-inch Sony sensor with f/1.79 aperture, accompanied by a 5-megapixel depth-sensing camera. The Redmi Note 7, however, has a much more modest 12-megapixel rear sensor with an f/2.2 aperture accompanied by a 2-megapixel depth sensor. Both phones have 13-megapixel front-facing cameras, but there the camera similarity between them ends (as a note, it is interesting that the Redmi Note 7 in China has a 48-megapixel camera, although that sensor is from Samsung).

The Redmi Note 7 Pro comes with the ability to shoot 4K videos. However, the Note 7 has to make do with full HD ones. 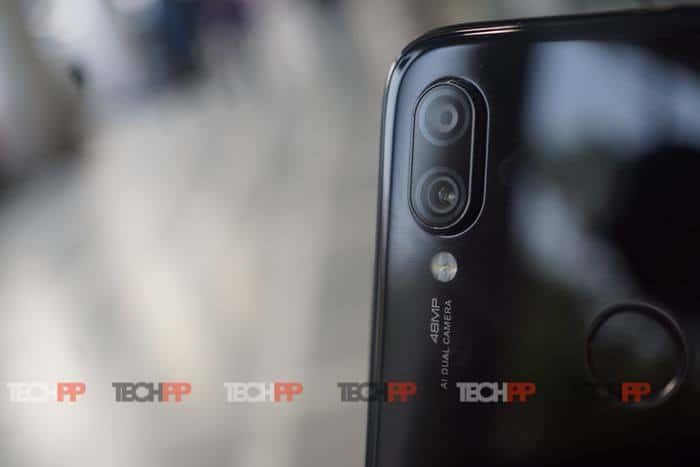 The Redmi Note 7 is significantly more affordable than its Pro cousin. Whereas the Pro starts at Rs 13,999, the Note 7 starts at Rs 9,999. Yes, the base variant of the Pro has 4 GB RAM and 64 GB storage while the Note 7’s starts at 3 GB and 32 GB, but the fact remains that the price edge remains firmly with the Redmi Note 7, which maintains the Note series’ tradition of starting under Rs 10,000.

Dude, which is your Note?

For all their points of difference, the two Notes have a lot in common too, ranging from similar connectivity options to Android 9 with MIUI 10 over it to P2i splash resistance. So which is the right one for you? Well, we really think that camera and spec lovers would prefer the Pro avatar of the Redmi Note 7, but those who just want a solid performer without spending too much would just love the Redmi Note 7.