Apple’s annual event focused majorly on its software developments, more commonly known as the WWDC or World Wide Developers Conference 2019 is officially going to take place starting June 3rd and will go on up to June 7th. The tagline for this year’s event is “Write code. Blow minds” and the graphic created to represent the event features a robot with its head exploding with developer tools popping out. The WWDC 2019 is going to take place in San Jose, California. 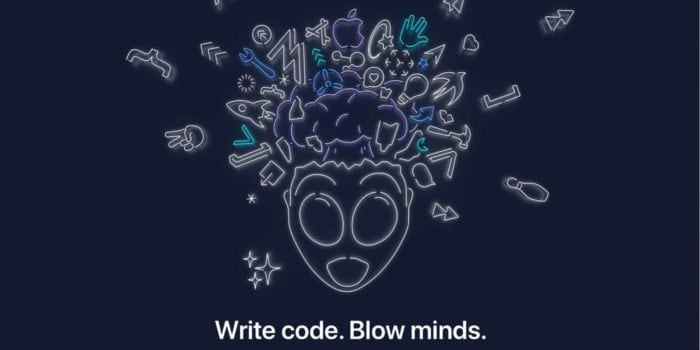 Just as with WWDC every year, Apple is expected to launch newer versions of all its Operating System versions running across all devices manufactured by Apple namely iOS, MacOS, TV OS, WatchOS etc. The major changes are expected to be made to iOS 13 which is going to succeed iOS 12 currently running on the latest iPhones.

iOS 13 is expected to receive the long awaited “dark mode” throughout the UI which looks better and can also help to save battery on the latest iPhones with OLED displays. There are some major UI changes as well that are expected like a revamped volume HUD, but we’ll have to wait for the official announcement to confirm the list of new features on iOS 13.

There are also some rumours that Apple is working on closely integrating both iOS and Mac OS in order to allow portability between the two, thus allowing you to use your iPad or iPhone apps on your Mac. A new Mac Pro is also expected, but we’re not sure if it will be announced during WWDC.

Was this article helpful?
YesNo
TechPP is supported by our audience. We may earn affiliate commissions from buying links on this site.
Read Next
How to Quickly Convert Images on iPhone and iPad Using the Files App
#apple #WWDC 2019