Xiaomi has today officially launched the Redmi Go smartphone in India. The device runs on Google’s Android Go operating system, which is a slimmed-down version of the Android operating system, designed for low-end smartphones with not so good hardware specifications and capabilities. The Redmi Go smartphone had already been launched in some parts of the world earlier, and today, it is available for the Indian market. Considering the kind of following Xiaomi has in India and the kind of market it has set up over the past few years in the country, it would be interesting to see how this newer offering plays out in the budget-friendly market. 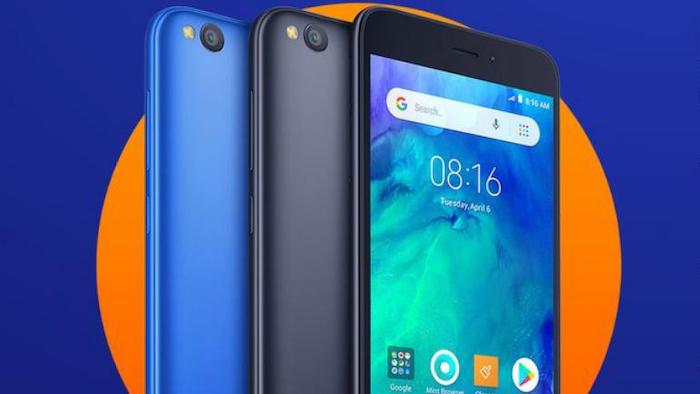 The Redmi Go comes with a 5-inch HD screen, with 296ppi at a 16:9 aspect ratio. The display comes with Night Light to allow you to change the temperature of the display to prevent strain on the eyes and help you sleep better. It also comes with Ambient Display, which allows you to see notifications on the lock screen, without having to unlock the device for every notification.

Under the hood, it is powered by a 1.4GHz Quad-Core Qualcomm Snapdragon 425 processor with Adreno 308 GPU, paired with 1GB of RAM, and 8GB of internal storage (expandable up to 128GB using a microSD card). The device comes with dual SIM (Nano + Nano) and a microSD card tray, 3.5mm audio jack, along with Bluetooth 4.1, Wi-Fi Direct, and LTE. It is powered by a non-removable 3000mAh and runs on Android Oreo (Go Edition), which promises a smoother and faster user experience on low-end smartphones.

In the camera department, the Redmi Go sports an 8MP camera on the rear with f/2.0 aperture, LED flash, Auto Focus, HDR, Burst Mode, Manual mode, and Real-time filters. The rear camera is capable of shooting videos in 1080p max, along with 720p and 480p. And on the front, it comes with a 5MP camera, with f/2.2 aperture, Selfie timer, HDR, and Beautify profiles.

What’s even good with devices running on Android Go is that they come with a suite of bundled apps like Maps Go, Gmail Go, YouTube Go, Google Assistant Go, Google Go, Chrome, etc which are a slimmed-down, lite version of the apps (typically 50% smaller in size), that perform adequately according to the device’s hardware specifications to offer a smooth running experience on the device. In addition to these basic Google apps, developers have even created the ‘lite’ versions of some other apps like Facebook, Twitter, Uber, Ola, etc. To get more people on board for experiencing them the benefits of a smartphone, the Redmi Go also comes with support for more than 20 regional languages, along with support for the Hindi language on the Google Assistant.

The Redmi Go smartphone comes in a metallic finish on top of plastic, with two color options: Blue and Black, and is offered in 1GB + 8GB RAM and internal storage option for a price of Rs 4,499. It will be available in India starting March 22, 12 Noon on Mi.com, Mi Home, and Flipkart.

Was this article helpful?
YesNo
TechPP is supported by our audience. We may earn affiliate commissions from buying links on this site.
Read Next
Redmi Buds 3 Lite Review: Simple and Superb Budget TWS
#Android Go #Redmi #Redmi Go #xiaomi