There is a lot of talk about Apple releasing a video streaming service at its March 25 event. But this is not the first time Apple has tried to dip its toes in what are normally considered to be TV network waters. And no, we are not talking about Apple TV either. Way before Apple TV, Apple actually made a television that could also be used as a computer and had a TV tuning card. Oh, and it was also the first Macintosh in black. 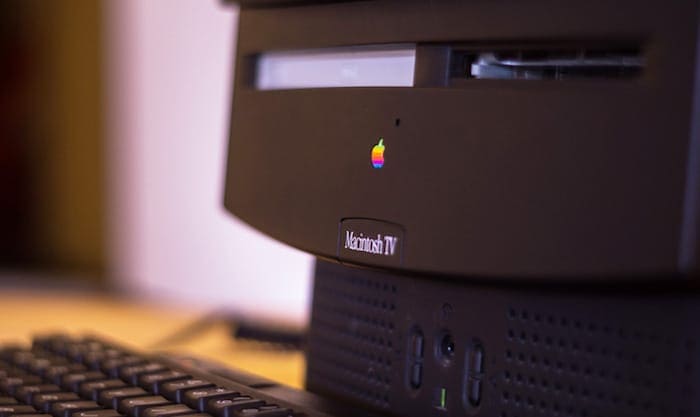 We are talking about the Macintosh TV. It was released more than 25 years ago on October 25, 1993, and represented Apple’s first attempt at blending a computer with a television. Before you ask, Steve Jobs was not at Apple. The man who had ousted him, John Sculley, had himself quit a few days before the launch of this device. Michael Spindler was in charge of the Cupertino ship, which was beginning to ship some water.

That did not, however, mean that it had stopped being innovative. The Macintosh TV was a prime example – it had the same appearance as the relatively large display bearing Macintosh LC520 that had been released earlier in the year (when Sculley was still in charge), but there was one massive difference – it came with a 14 inch Sony Trinitron CRT (considered uber cool in those days) and could switch from being a computer to a television. It also came with a remote control that could also work with other Sony televisions. Officially, the first Macintosh to be made available in black, the Macintosh TV came with a black keyboard and mouse as well, and also had a CD-ROM drive onboard. Most interestingly, it came with a TV tuner card, something that was a rarity in those days. It did cut a very compelling figure in those days.

Its hardware was, however, a very mixed bag. Yes it came with what was a considered to be a very fast processor – a 32 MHz (don’t faint) Motorola 68030 – but it also came with only 5 MB of RAM (which could be expanded to 8 MB), which was well below the 32 MB that many felt was the least it needed to run smoothly. The software, System 7.1, was also a bit of a letdown – there was no facility for you to watch the television from within the computer’s interface (no picture in picture!). If you went into television mode, you exited computer mode and vice versa. You could not even record computer footage although screenshots of the television could be taken in PICT format.

Yes, it was a television. And it was a Macintosh. But for all Apple’s efforts, it did not excel in either role. And considering that it was priced at a very princely USD 2099, it left many reviewers and consumers disappointed. The Macintosh TV shipped a mere 10,000 units and was withdrawn in February 1994. That did not end Apple’s romance with television – the company also worked on a prototype set-top-box (called the Apple Interactive Television Box) in collaboration with the likes of British Telecom and tested the product in 1994-95, but did not go with it to the market. 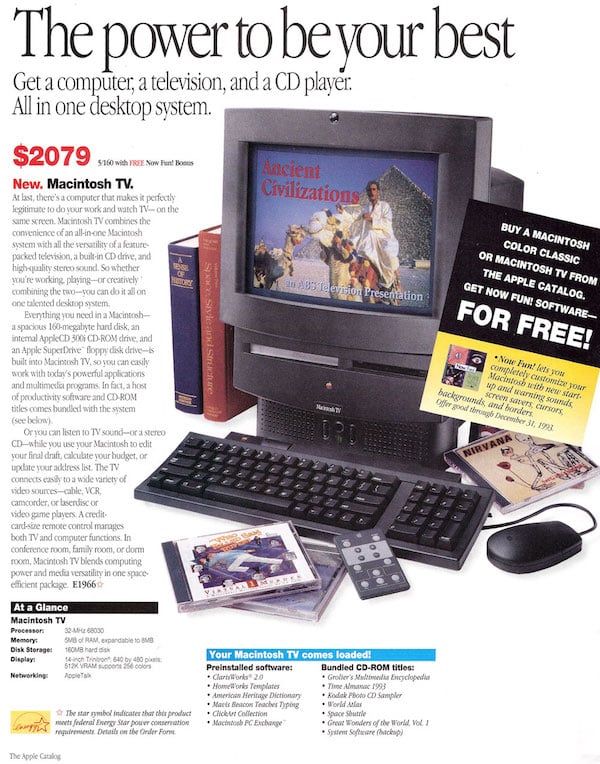 And that summed up Apple for most of the early and mid-nineties – it was innovative, but it seemed to have lost its simplicity and consumer connect.

There were other efforts too, but more would be really successful until Apple TV came along in 2007. Will March 25 add another chapter to Apple’s affair with the electronic media? We will find out. But if someone ever tells you that this is the first time Apple has dabbled with TV content, do remember to shake your head, and remind them about Macintosh TV. Or as some preferred to call it:

Was this article helpful?
YesNo
TechPP is supported by our audience. We may earn affiliate commissions from buying links on this site.
Read Next
With Football Manager 2023 Touch, Apple Arcade finally has its “killer ...
#apple #Believe Tech or Not #Macintosh TV