Smart speakers or smart home devices in general are rapidly gaining popularity as they tend to make our lives easier by automating a lot of mundane tasks like playing your favorite music using just your voice, or getting your daily weather and commute info at a glance, or even setting reminders and changing the color of your bedroom lights. Not just these, but we even have a dedicated article about the plenty of cool stuff you can do with these smart assistants, so make sure you check that out.

Anyhow, getting back to the product, we have with us the second-generation Amazon Echo Show, which in simple words, is like the fusion of a smart speaker with a huge tablet resulting in a smart home display kind of a thing that feels much more intuitive rather than having just a speaker that talks back to you. How much more sophisticated is it compared to the normal echo or what more can you do on that display? Let’s find out in our first impressions of the Amazon Echo Show. 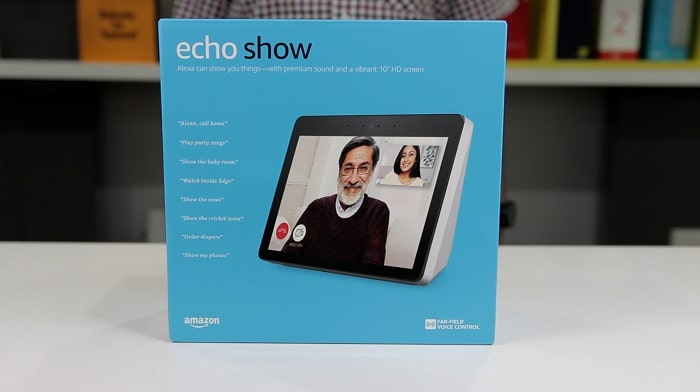 Just as we unboxed the device, our first impressions were that it certainly looks bigger than we expected. The larger form factor can be attributed to the big 10.1-inch 720p display on the front surrounded by some sizeable bezels as against today’s standards. Unlike a smartphone though, you wouldn’t be viewing the display often or use it for content consumption on a regular basis so it shouldn’t really matter. There’s also a front-facing 5MP camera along with an array of four microphones on the top bezel. On the top side, there are 4 more microphones along with buttons to control volume as well as mute the microphones. The rear houses a micro-USB port for an ethernet dongle if for some reason you do not have a Wi-Fi network. There’s also the DC-in port along with a Kensington lock.

The back of the speaker… or the display… ugh, the back of the Echo Show has a layer of fabric, similar to almost every other smart home device. Looks like fabric is the choice of material that brands are going for, and we’re not complaining as it looks minimalistic and premium at the same time. Once hooked up to the power outlet, you can set up the device using the Alexa app on your smartphone. 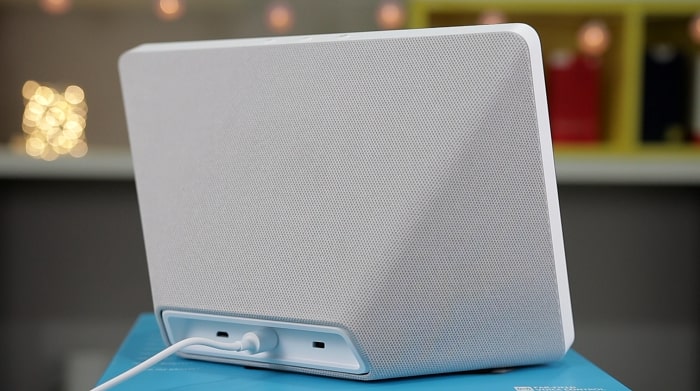 You can then use voice commands or the touchscreen display in order to navigate around the UI. The voice feedback and your music are played back through two 2-inch neodymium speakers powered by Dolby along with a passive bass radiator. The sound produced is crisp and has a lot of bass to it. Trust me, it can get REALLY loud! You can also use it as a smart hub with the help of Zigbee integration, so you don’t need to have dedicated hubs separately for devices like the Philips Hue lights. 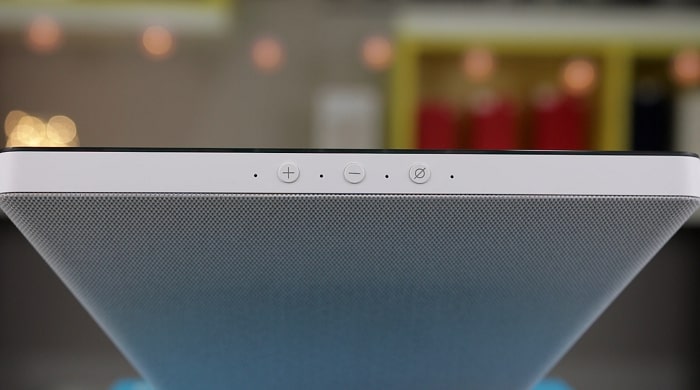 The major advantage of the Echo Show over a regular smart speaker is, of course, that display. You can use it to have a quick glance of the time and your calendar, check weather updates, look up for recipes and even browse the web using the in-built Firefox browser. This means you can even play YouTube videos despite the absence of a native app. There’s also Amazon Prime Video on board, so there’s sufficient content in terms of casual entertainment. You can even make calls to other Echo speakers and the front-facing camera can be used for video when calling other Echo Show devices or smartphones with the Alexa app. Nice touch, Amazon! 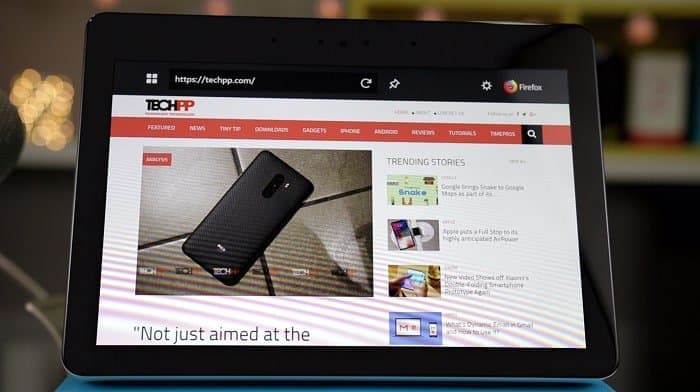 The Amazon Echo Show is a nice smart home companion that can be used for entertainment purposes too along with the ability to function as a smart home hub and as a personal assistant. The Echo Show is now available to purchase in India for a rather steep price of Rs. 22,990, which just like every Amazon product launched in India has a 20-30% higher price compared to the US. The advantage though is that other smart displays like the Google Home Hub are not yet launched in India, so Amazon has gained a slight edge in terms of availability in the country. At TechPP labs, we do have a Google Home Hub. Do you want us to do a complete comparison between the two? Let us know through the comments section below.