The premium Android flagship space is getting to be increasingly rarified. Not too long ago, it used to be a battlefield inhabited by the likes of Samsung, HTC, Sony and LG, with high-class hardware accompanying stiff price tags. However, that has changed over the past two years, with the troika of Sony, HTC and LG fading to the background and rather surprisingly, Google and Samsung slugging it out for premium Android phone honors in the Indian market, even as OnePlus inches towards premium-ness. 2017 saw Huawei trying to make its way into this zone with the excellent P20 Pro and the Mate 20 Pro. And now it has released the sequel to the P20 Pro, the P30 Pro, with the Samsung Galaxy S10 and Pixel 3 squarely in its sights. 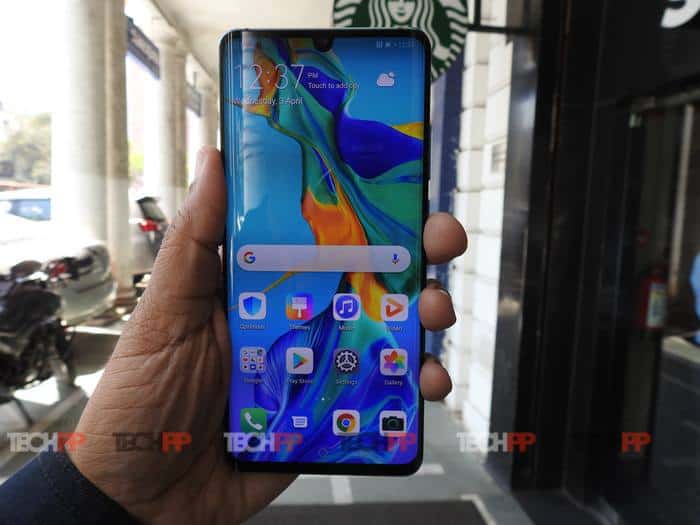 In design terms, the P30 Pro sticks broadly to the design of its predecessor – there is no collection of cameras in a square outline a la the Mate 20 Pro but the same vertical capsule like set-up we saw on the P20 Pro (it juts out a bit as well) but adds some Mate 20 Pro magic in terms of gradient finish to its back. We got a unit with the Aurora finish and well, while it is definitely on the taller side at 158 mm, it is impressively slim at 8.41 mm, and the sight of light twisting and turning its way on that glass back will definitely turn heads. And so will that brilliant 6.47-inch curved AMOLED display in front with a drop notch right in the center and a fingerprint scanner and even the earpiece (yes!) below it. 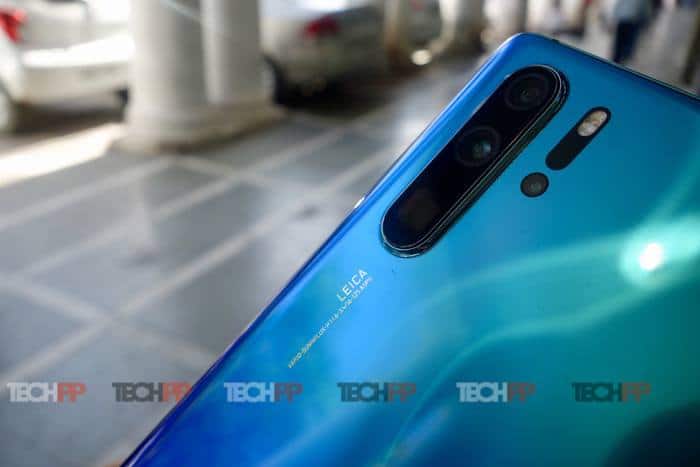 Huawei has decided not to follow the punch hole notch trend, and honestly, we feel that it gives the display a cleaner look. While the display does taper over the sides, it does not seem to do so as prominently as the Galaxy S10+ did, which sort of reduces the chances of accidental touches. Like the Mate 20 Pro, the P30 Pro also has a red tipped power/display button on the right, alongside the volume rocker. It has a volume rocker on the top, a speaker grille, USB type C port and rather unusually, the SIM card tray at the base. Missing in action are expandable memory and a 3.5 mm audio jack, but we can point to a number of prominent devices that have neither. All said and done, the P30 Pro looks like a very sleekly premium device. It is a trifle on the longer side but is surprisingly not very slippery in spite of that glass back. Incidentally, the phone comes with an IP68 rating, so it is water and dust resistant.

As with the P20 Pro and the Mate 20 Pro, the P30 Pro comes with flagship level specs: most notably the Kirin 980 processor, 8GB of RAM and 128 GB, 256 GB and 512 GB storage variants, that in-display fingerprint scanner (not to mention the under the display earpiece) and a truckload of connectivity options, topped off with a large 4200 mAh battery with support for fast charging (and with reverse charging too). On the software side, the phone comes with EMUI 9.1, on top of Android Pie. We have been told it is less cluttered, more efficient and comes with a truckload of features, including new themes, better designed and slightly larger icons, AI and AR support and a whole lot more. 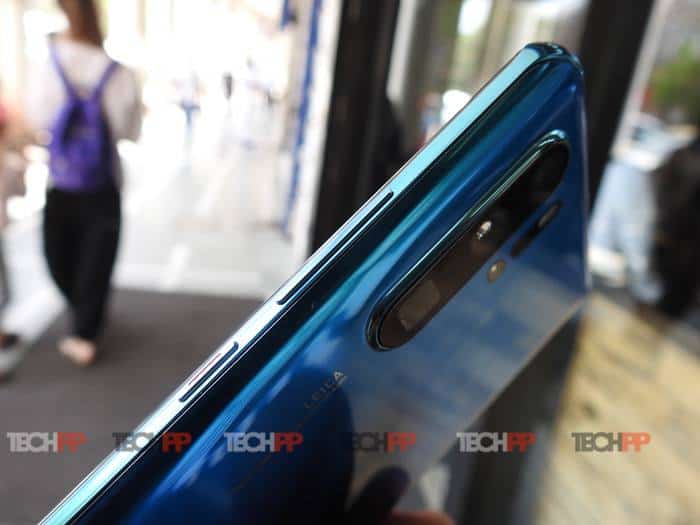 And as with the P20 Pro and the Mate 20 Pro, this very impressive spec arsenal is totally overshadowed by the cameras on the back of the device. There were three cameras on the back of those two worthies, and the P30 Pro goes a step further with four, and yes, as in those other two phones, these too come with the Leica stamp – a 40-megapixel main camera, a 20 megapixel ultra-wide camera, an 8-megapixel telephoto camera, and a ToF (time of flight) camera, with the main camera and the telephoto lens, both having optical image stabilization. And Huawei claims that these sensors in combination produce perhaps the best photography ever seen from a smartphone. Tech jargon aside, the promises include unmatched low light photography (it has an ISO of 4,09,600) and more spectacularly, what Huawei calls “extreme zoom” – 5X optical zoom, 10X hybrid zoom and well, the most-talked-about 50X digital zoom, the likes of which has never been seen on a phone camera. And of course, this being a Huawei device, you can be assured of a super detailed (almost too detailed) camera app with a number of shooting options, modes, effects, and filters. You thought that Samsung S10+’s camera was versatile? This one could well top it, given the Leica angle. There’s also a 32-megapixel front-facing camera and given Huawei’s reputation, we are reasonably sure it will churn out great selfies. 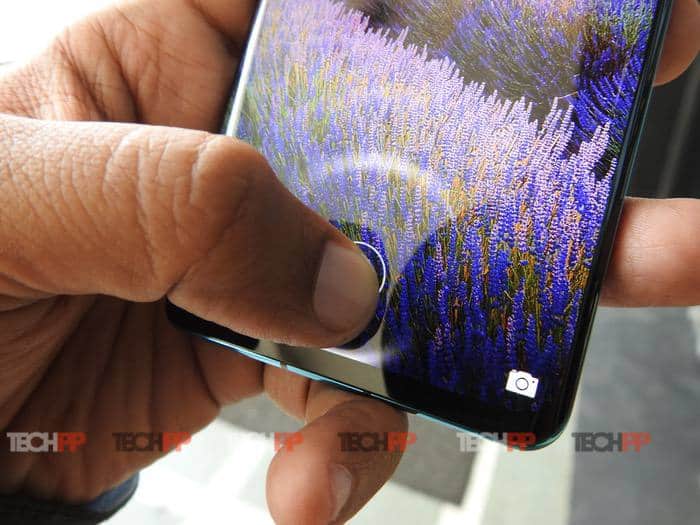 (Incidentally, guess the total megapixel count on the cameras of the P30 Pro?
40+20+8+32
A hundred megapixels!)

So will the P30 Pro ruffle premium Android feathers in India? It definitely has the looks, the specs, and the cameras to do so. A lot is going to depend on its price, which is expected to be in the vicinity of Rs 60,000, putting it just below the Galaxy S10, and in the range of the Pixel 3. How it fares against those two will be revealed in the coming days, but as of now, we can safely say that it does enough to rattle the premium Android cage. If that does not tell you something, nothing will.

Was this article helpful?
YesNo
TechPP is supported by our audience. We may earn affiliate commissions from buying links on this site.
Read Next
Huawei FreeBuds 4i Review: A Well-Rounded ANC Performer for Its Price
#First Cut #First Impressions #Huawei #Huawei P30 Pro