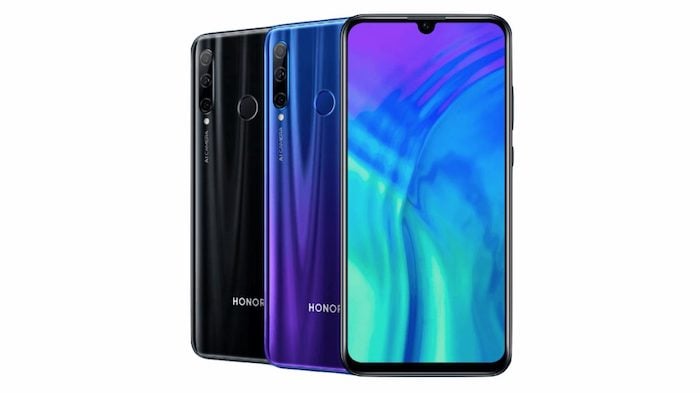 In terms of design, the Honor 20i features a gradient back designed using the 3D lithography technology and a 6.21-inch full HD+ curved glass display on the front. Powering the device is an Octa-Core Kirin 710 chipset with ARM Mali-G51 MP4 GPU, paired with 4GB or 6GB of RAM and 128GB or 256GB of internal storage (expandable up to 512GB using a microSD card). In terms of other hardware specifications, the device has a rear-mounted fingerprint scanner for authentication, Bluetooth 4.2, GPS, and a 3400mAh battery, to power it all. It runs on EMUI 9 based on Android 9 Pie on top.

Talking about optics, the Honor 20i sports a triple camera setup on the rear with a 24MP primary sensor with f/1.8 aperture, 2MP secondary sensor, and an 8MP ultra-wide sensor. On the front, it has a single, 32MP camera for selfies.

Honor 20i Pricing and Availability

Was this article helpful?
YesNo
TechPP is supported by our audience. We may earn affiliate commissions from buying links on this site.
Read Next
Huawei sells its Honor smartphone brand in a bid to ensure its survival
#Honor #Honor 20i