Honor launched three new smartphones in the Indian market, namely, the Honor 20, Honor 20 Pro and Honor 20i. While the 20 and 20 Pro are flagship-grade devices, the younger sibling, Honor 20i is a mid-range smartphone competing directly against established devices like the Redmi Note 7 Pro and Realme 3 Pro, which have cemented their place in the lower mid-range segment as the best value-offerings. The 20i, however, relies on its camera prowess to make space for itself in the flooding market of affordable smartphones, but whether it can maintain that spot or not is what we’re going to see, having used the device for a considerable amount of time. 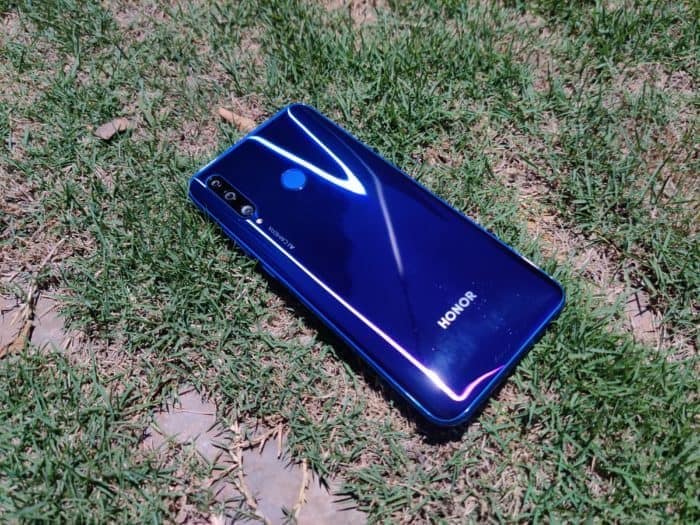 The Honor 20i is a typical 2019 mid-range smartphone in terms of design. And by that, we are referring to the gradient back design that Honor once popularized in this segment and most manufacturers have adopted since then. Needless to say, the design does look beautiful and the way the back reflects light is a treat to watch. The weight distribution on the smartphone seems to be done well as it feels light in the hand and the size as well is compact, so it’s quite easy to use one-handed compared to most other recent smartphones. If you have small hands and prefer phones that are grippy rather than slippery, the Honor 20i is the right fit for you.

The fingerprint scanner on the rear is also placed in an ideal location and can be reached without having to stretch your finger too much. Thankfully, the headphone jack is retained and can be found at the bottom of the device alongside a micro-USB port, sadly, which in our opinion should soon be phased out across all segments and replaced by USB Type-C for uniformity. In all, the Honor 20i has a build and design that’s currently trending in the market, but there’s nothing refreshing about it. 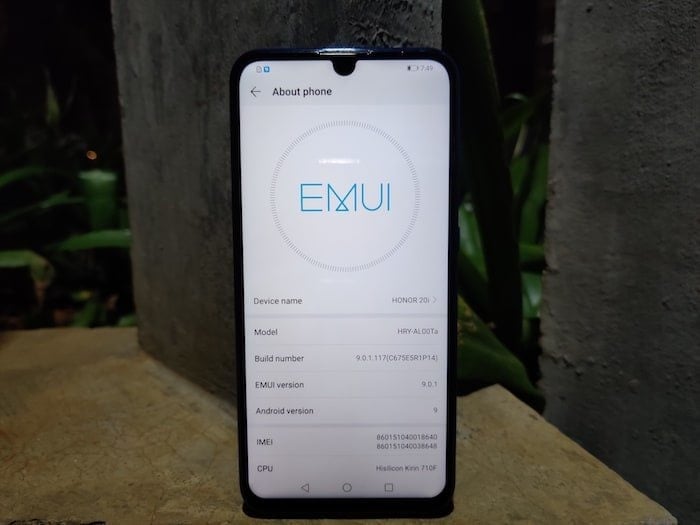 As with the design of the back, the front of the Honor 20i is also your typical 2019 display layout. The 1080p IPS panel with a water-drop notch measures 6.2-inches and the small-ish sizes according to today’s standards means you can reach every corner with your thumb, unlike other devices in this segment. The display is plenty sharp for content consumption too, but brightness levels could’ve been slightly better especially in outdoor scenarios. Honor has also provided an option to tone down the resolution of the display to 720p in case you want to save some extra battery. While not completely bezel-less, the chin on the smartphones is narrower than that on devices like the Redmi Note 7 Pro which further helps in making the device easier to hold.

The Honor 20i has three cameras on the rear and while one of them is just a depth sensor, what’s interesting is that the secondary lens is a wide-angle shooter, which is rare to see at this price-point. The primary 24MP f/1.8 shooter takes some good images in broad daylight but tends to slightly overexpose images. Details are well-preserved, but the dynamic range also needs some improvement as shadows generally appear slightly dark. The wide-angle shooter does lose out on some details and follows a slightly different color science but can be useful to capture a scene with a different perspective.

In low-lit environments too, the cameras performed fairly well, and the included night mode helps with boosting up the brightness and sharpening the image for a better output. However, the night mode cannot be used with the wide-angle lens, something that Honor should provide with an update. 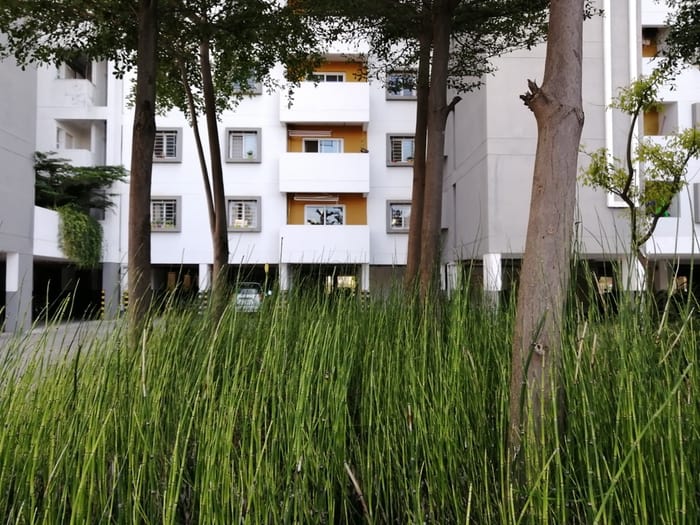 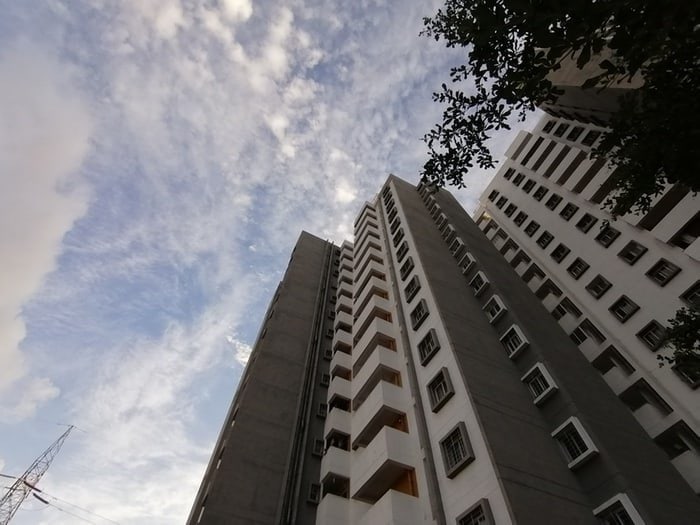 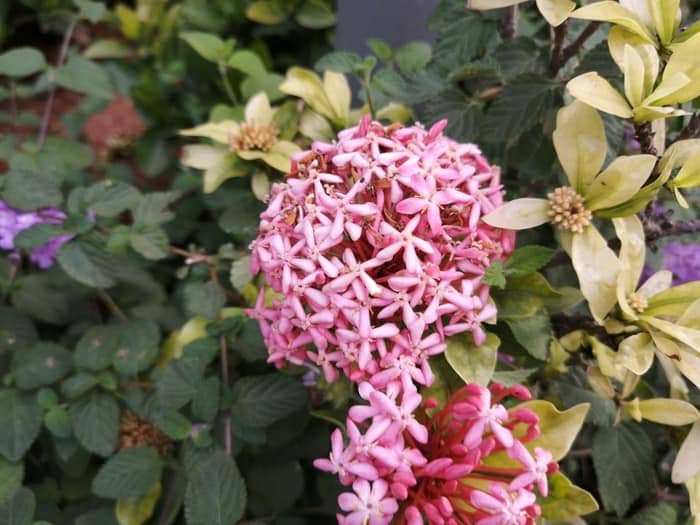 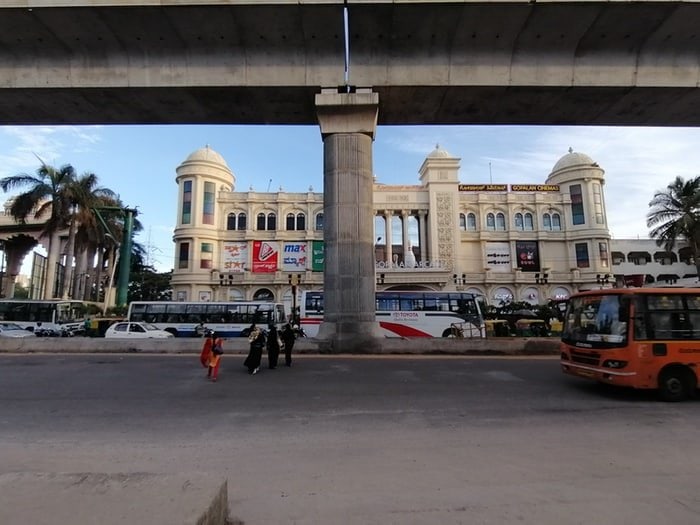 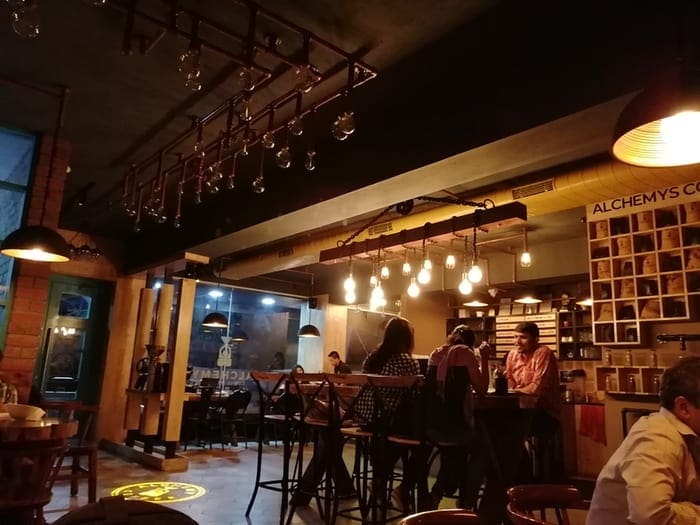 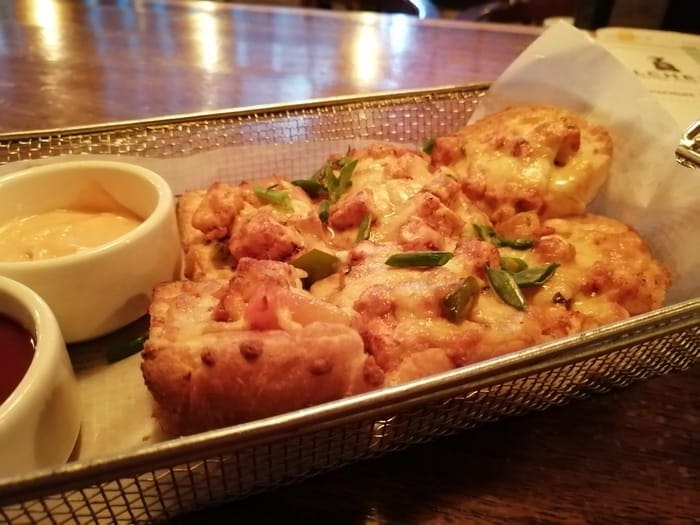 There’s a 32MP selfie shooter present on the front which captures images with accurate skin-tones and good colour reproduction. The edge detection can get iffy at times with portrait mode, but it gets the job done at most times, and a good one too at that.

Performance that leaves much to be desired

The Honor 20i packs in Huawei’s homegrown HiSilicon Kirin 710 SoC along with 4GB of RAM and 128GB of onboard storage. While the Kirin 710 is a steady performer, its Snapdragon counterparts like the SD 675 or SD 710 are much more powerful in terms of both CPU as well as the accompanied GPU which causes the 20i to lag behind the competition in terms of speed and performance. This does not imply that the Kirin 710 is not capable enough. It can undoubtedly run your day-to-day tasks without a hitch and even run your favorite games like PUBG at medium settings, but some extra load on the CPU like running a heavy game in the background and a couple of apps for multitasking, you will start to see that the chipset lags behind and cannot handle too much load. 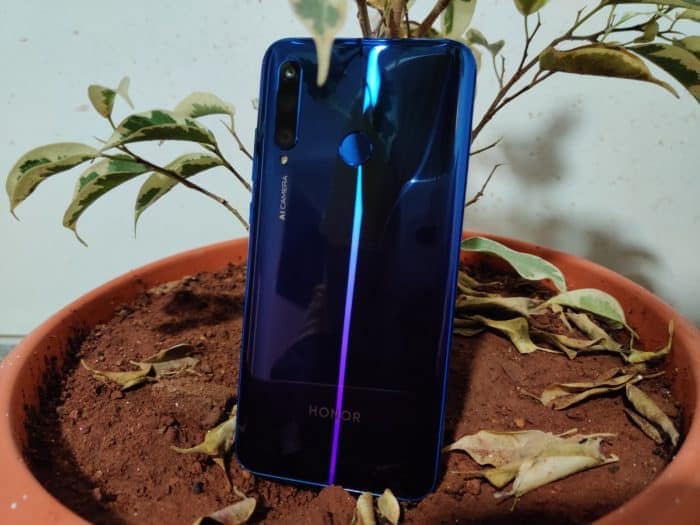 Huawei and Honor have been using Kirin chipsets for quite a while now, and follow a peculiar policy of using a single chipset on all their mid-range smartphones, and is something that curtails the ability of their smartphones to compete against others in the market that sport more powerful internals. Huawei/Honor can address this issue by using different chipsets based on the target audience of a particular device, but until then, the single-chip policy is what’s crippling most mid-range smartphones from the brand.

What’s also not in favor of the device’s performance is the software. EMUI is a feature-rich interface and packs in heavy customization options which can stress the CPU. If you like to customize your phone with a ton of features though, you will begin to like EMUI. However, some features of the UI from flagship devices like ‘dark mode’ seem to have not made the cut onto mid-range devices. Weirdly enough, the pre-release build we were testing with was branded Magic UI, and it was changed to EMUI 9.0.1 through a software update just before the launch. We don’t see any difference in terms of UI or features though.

If speed and performance are top-most on your priority list, the Honor 20i may not be the best option out there for you. If you’re not a heavy user though and run basic social media or entertainment apps, the 20i will perform adequately.

Battery that can chug along till the end

The Honor 20i uses a 3400mAh battery to power the internals and while it’s nowhere close to the giant 4000 or 5000mAh units we are seeing in a lot of smartphones, getting a complete day of usage out of this phone is easy unless you play games for an extended period. However, there’s no fast-charging support and the 10W adaptor included in the box takes around two hours for a full charge.

Updates or no updates?

Even if you are not very active in the tech scene, you would be aware by now that Huawei/Honor is facing trade issues with companies in the US and hence, future support for Android and Google Services still remains a question mark. While there are negotiations happening, there is nothing concrete about the future of Android and Google services on Huawei and Honor smartphones and it’s something that cannot be ignored. For a company as big as Huawei, you will expect them not to leave their customers hanging by the thread, but it’s still something you should be aware of. 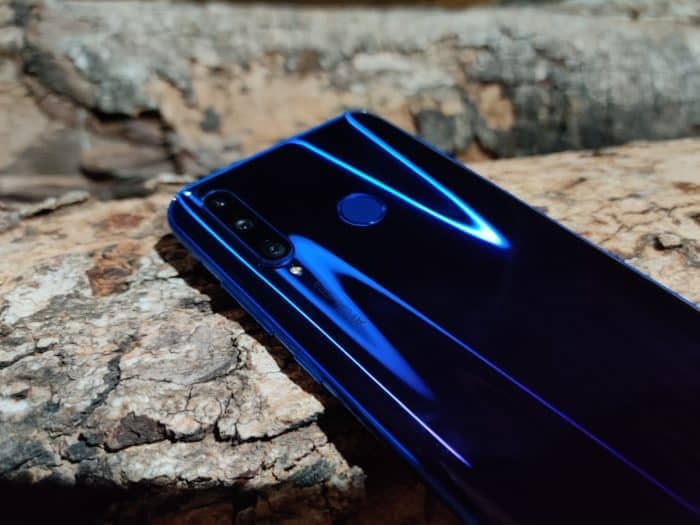 The Honor 20i provides an all-round camera experience for the price of Rs. 14,999 and comes with a design that is attractive and a form-factor that is handy. The major area where it lags behind the competition is in terms of rigorous performance and slightly sluggish UI. If you’re solely looking for a camera-oriented option with support for a wide-angle lens, you can pick up the Honor 20i. The Redmi Note 7 Pro and Realme 3 Pro seem like more of a complete package with larger batteries, better chipsets, and cameras that perform well, although they lack a dedicated wide-angle lens.

Review Overview
Was this article helpful?
YesNo
TechPP is supported by our audience. We may earn affiliate commissions from buying links on this site.
Read Next
Stuffcool PB9018W Magnetic Wireless Powerbank Review: Actually the perfect iP...
#Honor #Honor 20i #review