They are brothers from different mothers. And fathers too, for that matter. But they are both gunning for exactly the same audience. And are close rivals. We are talking of the Redmi Note 7 Pro and the Realme 3 Pro, which has just been launched, and mark the latest episode in the compelling Redmi vs Realme rivalry in the Indian phone market. Of course, we will be doing a detailed comparison between the two devices in the coming days, but right now, here’s a quick look at how the Mi and Me boys compare and which (if any) one is in the Red, Real-ly. (Statutory wanting: please do not see Red on all the puns – they are Real!) 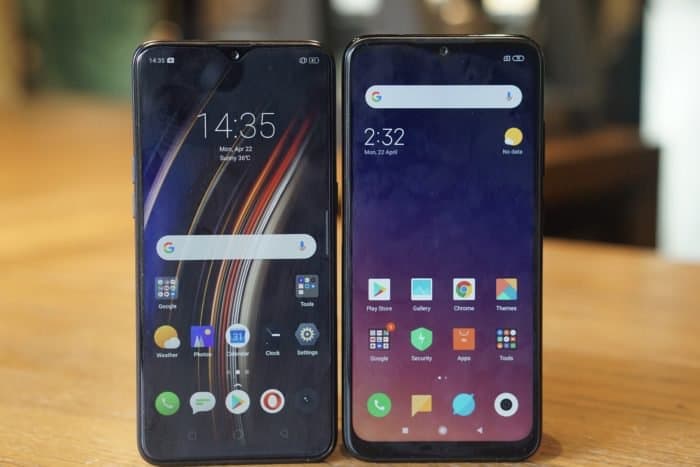 Light on glass or curving lights on carbonate

In terms of design, both devices follow a broadly similar aesthetic – both have 6.3 inch displays with Gorilla Glass 5 with drop notches and backs with cameras arrayed in a vertical capsule formation with a fingerprint scanner in top central position. The biggest difference however is in terms of material used and colours – the Redmi Note 7 Pro has glass on the front and back, while the Realme 3 Pro has opted for a carbonate back. Both phones have a gradient finish on their non-black variants (we are tempted to scream colour-ism) and the Realme device adds the spin of S-shaped light patterns on its back as well. It is really going down to boil down to a matter of taste, and in our case, we must confess we have a soft corner for the glass finish of the Redmi Note 7 Pro. Both are equally adept at picking up smudges, we must admit (check the pictures).

Similar displays, but we would rather see Mi 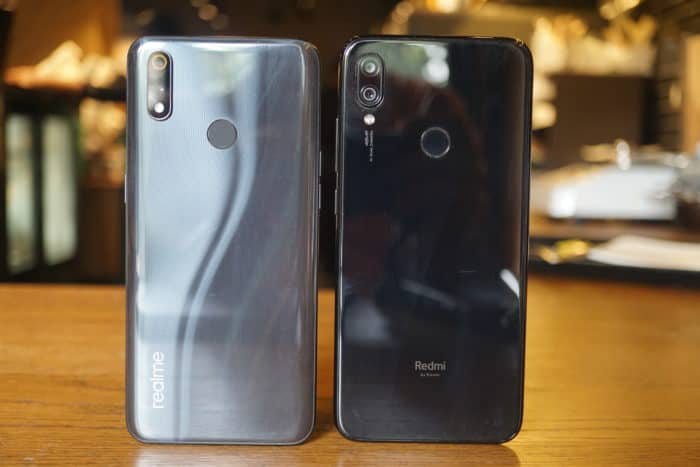 Both phones come with 6.3-inch full HD+ displays with drop notches. And they are both of decent quality for the price. However, when looked at closely, we felt that the Redmi Note 7 Pro had just a slight edge in terms of brightness. This is not to say that the Realme 3 Pro is a bad display – it is in fact rather good in its own right, but we just think that the Mi has it over the Me by a thin ray of light!

Two Dragons Snap at each other

The big contest between the two devices is likely to be over processors – the Redmi Note 7 Pro comes with the Qualcomm Snapdragon 675 while the Realme 3 Pro is powered by a Qualcomm Snapdragon 710. Both are octa core processors, but while the Snapdragon 675 is made using the 11 nm process, the 710 is based on the 10 nm one. In theory, this should make the 710 slightly more power efficient. Similarly while the 675 has a faster CPU, the 710 is supposed to hold the edge in graphics – hey, it can play Fortnite, which the 675 cannot. That apart, there does not seem to be too much to choose between the two, and even our own PUBG test saw both chips acquitting themselves very well indeed. If you are not a Fortnite fan, the difference here is not very evident, especially in routine usage.

Mi has the rear camera 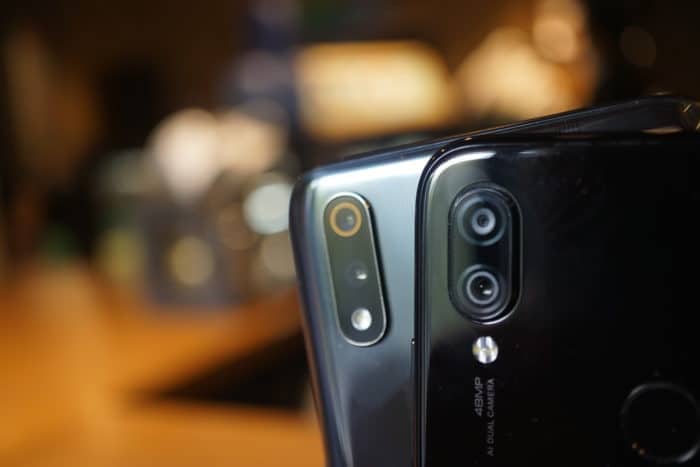 Both phones make big claims about their rear cameras. The Redmi Note 7 Pro has a much talked about massive 48 megapixel sensor and a 5 megapixel secondary one, while the Realme 3 Pro comes with a 16 megapixel main sensor and a 5 megapixel secondary one. That might seem to be a significant difference on paper, but the Realme 3 Pro’s 16 megapixel sensor is similar to the one seen on the OnePlus 6T, and also has a slightly larger aperture – f/1.7 as compared to f/1.79 on the Redmi. Both phones come with plenty of shooting modes and options, and honestly, we think it will be a very close finish between the two, but we think the power of detail just hands this one to the Redmi Note 7 Pro.

Me has the selfie power

Neither is a sound wizard – not Me, nor Mi 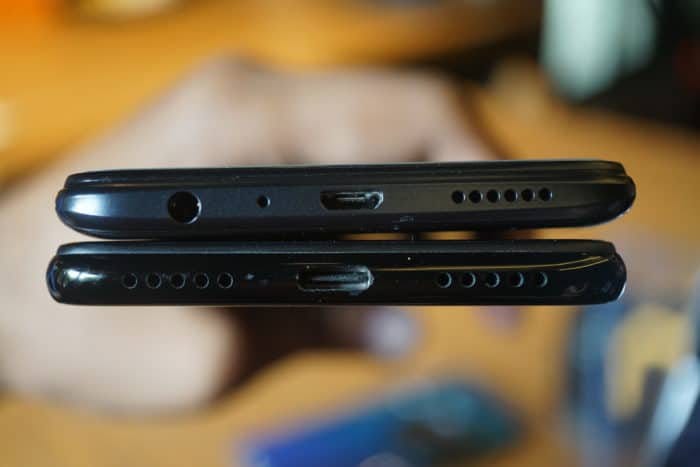 One department where neither device likely to break records is sound. Both have single speakers, a 3.5 mm audio jack and support for Bluetooth 5.0, but the sound from what we have heard so far on both devices is decent, rather than exceptional. We would give a slight edge to the Redmi in volume terms in loudspeaker and in quality too on earphones, but this is highly subjective, and as close as the processor race!

Both phones come with the standard connectivity options including 4G, Wi-Fi, GPS and Bluetooth. The Realme does let you use both SIM slots as well as a microSD card slot, while the Redmi makes you choose between one SIM slot and a microSD card one, but then the Redmi brings an Infra Red blaster to the battle. The Note 7 Pro also has a slightly more future proof USB Type C port as compared to the micro USB one on the Redmi 3 Pro. 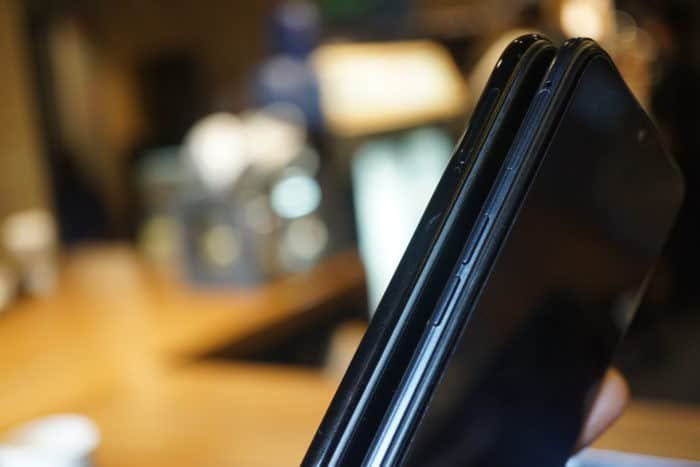 Both phones come with Android 9 out of the box, and both come with pretty heavy UIs on top of that software pastry. But here we think the Redmi Note 7 Pro has a clear edge as MIUI is simply better organised and less cluttered than Color OS, which still has a slight learning curve. Both interfaces are feature rich, once one gets the hand of them, but we think MIUI has the software edge at the moment. It just seems smoother from the word go and as per our experience has a better update record, even though Realme is improving rapidly in that department. 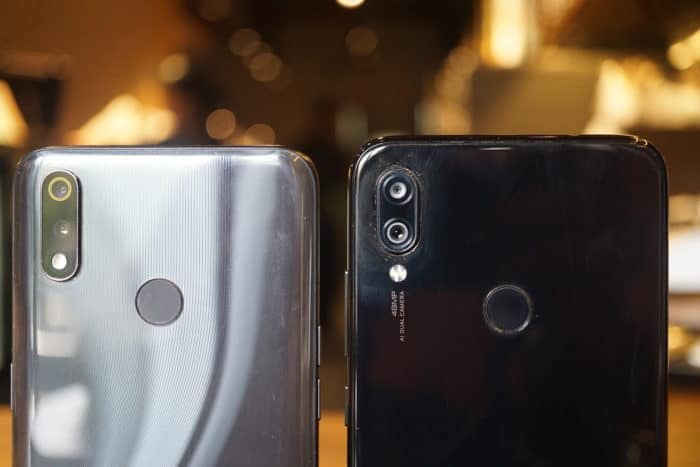 Stay tuned for our detailed reviews and comparisons. Oh, and puns too.
(Editor: did you have to put that last sentence in?)

Was this article helpful?
YesNo
TechPP is supported by our audience. We may earn affiliate commissions from buying links on this site.
Read Next
Snapdragon 782G vs Snapdragon 778G Plus: What Has Changed?
#comparison #Realme #Realme 3 Pro #Redmi Note 7 Pro #xiaomi