Nokia has been trying to get a grip on the Indian smartphone market – a region which it ruled a decade ago – ever since it made a comeback in 2017. The only problem? While it was gone, a wave of Chinese brands engulfed the smartphone market whole and one of the first segment that was submerged under this wave was the popular sub Rs. 15,000 category. Nokia has been trying to get back in the game by launching smartphones at different price points, many of them in this very segment. Its latest effort in this zone is the Nokia 4.2 priced at Rs. 10,999. On paper that might seem like a reasonable price, and indeed it would have been a few years ago, but right now, it places the Nokia newbie bang in the middle of some very capable handsets. And perhaps its biggest rival is the already bestselling Redmi Note 7. Both these smartphones are going down a similar price road. Both come with different value propositions. One is from a former number one, the other from the current numero uno. Which of them is the better option? Here’s a quick look at what these rivals offer: 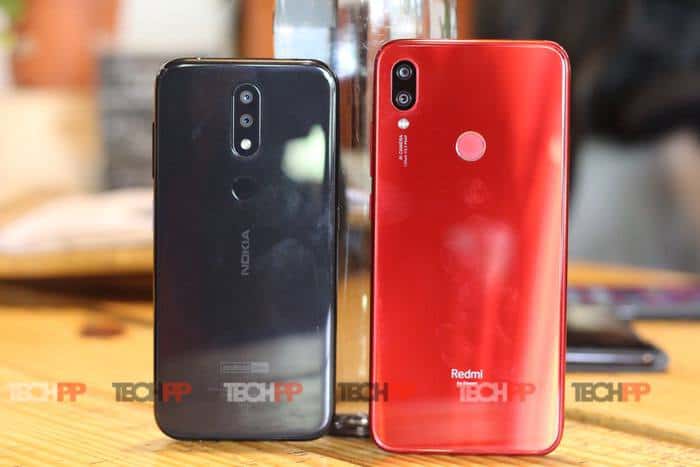 …and has bigger display and more pixels too 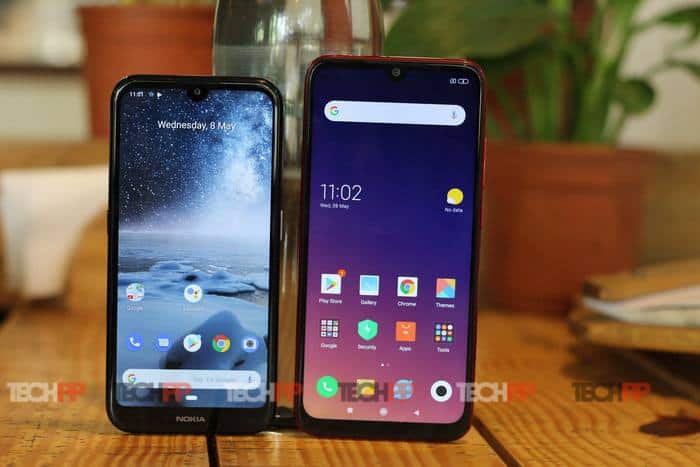 A dance with old and new (Snap)dragons

Such dedication to storage, Nokia 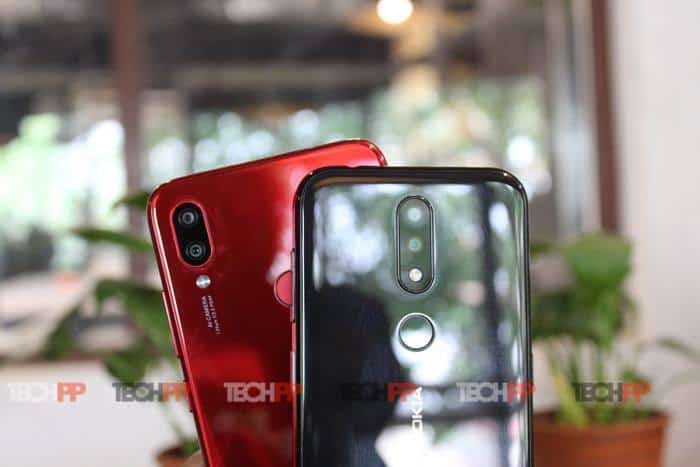 Both phones support microSD cards. But the Nokia 4.2 brings a dedicated microSD card slot which can expand the memory of the device up to 400 GB and has dedicated slots for dual SIM cards. The Redmi Note 7, on the other hand, brings a hybrid SIM card slot to the table, which means that you miss out on a SIM slot whenever you use a microSD card. What’s more, the Redmi Note 7 only supports microSD cards of up to 256 GB. 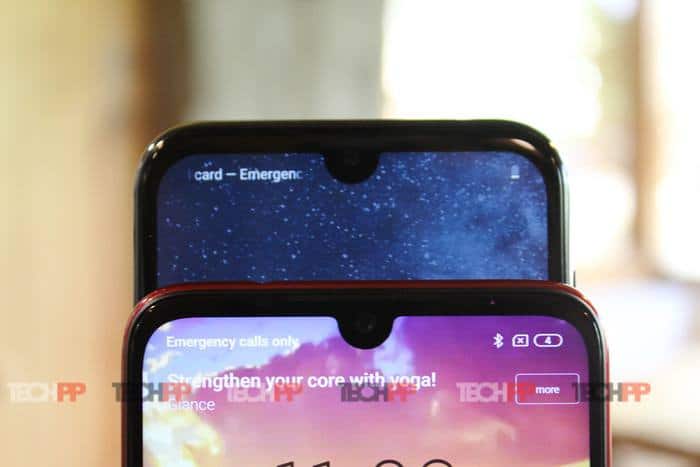 Xiaomi Redmi Note 7 may be getting little to no competition in most of the departments so far, but things get pretty tight in the camera section, especially in the dual camera comparison. Both Nokia 4.2 and the Redmi Note 7 come with a dual camera comprising a 12-megapixel main sensor with f/2.2 aperture supported by a 2-megapixel depth sensor, tying this round tightly. Fortunately, a tiebreaker called the front camera comes to the rescue. The Nokia 4.2 falls a little short in bringing numbers to the front camera and delivers an 8-megapixel front-facing camera with f/2.0 aperture while the Redmi Note 7 brings a 13-megapixel sensor to the table, giving the device an edge over the Nokia 4.2 in the camera section as well.

UI in this beautiful (Android) world

When it comes to UI, the Nokia 4.2 and the Redmi Note 7 come with the same base but one brings a topping to the mix, while the other remains plain. The Redmi Note 7 runs on Android 9.0 (Pie), topped with Xiaomi’s in-house UI, MIUI10. The Nokia 4.2, on the other hand, runs on Stock Android 9.0 (Pie). It also comes under the Android One initiative which means the device most definitely will receive Android updates directly from Google for the next two years, at least.

Some might prefer the feature-rich interface of the Redmi Note 7 but the sheer smoothness of the stock Android experience and assured updates definitely get the Nokia 4.2 back in the race. 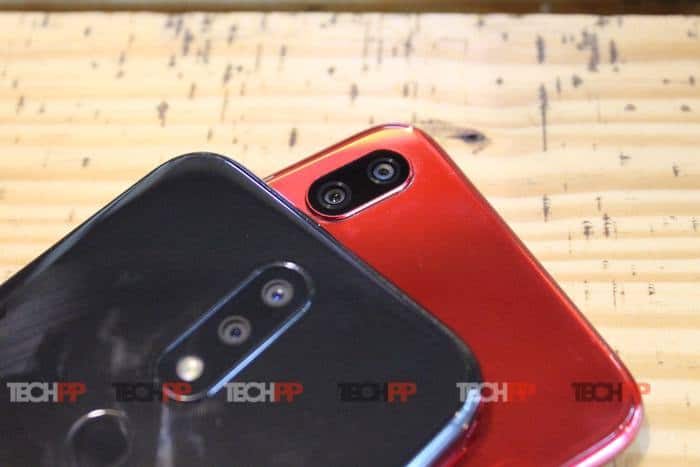 The battery department also looks like a very one-sided affair as the Nokia 4.2 is powered by a 3,000 mAh battery with no support for fast charging whereas the Redmi Note 7 runs on a much bigger 4,000 mAh battery and comes with support for fast charging, although an 18W fast charger has to be purchased separately. That said, the extra 1,000 mAh add to the existing lead of the Redmi Note 7 as it wins this round, too.

Ok, Google, Nokia’s got a button for you 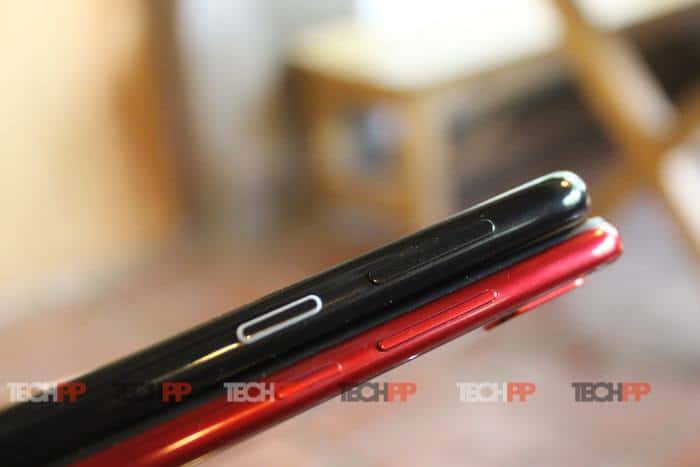 One of the USPs of the Nokia 4.2 is a dedicated Google Assistant button that the smartphone sports on its frame. The dedicated button once setup will let you wake up and command Google Assistant to get certain tasks done by just using voice commands. The button is pretty versatile and can be used to carry out functions other than waking Google Assistant, as well. The Redmi Note 7 has nothing like it.

C that type of USB? 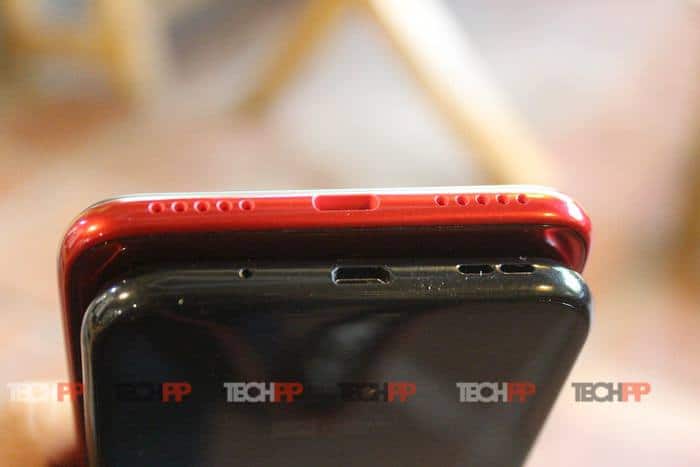 Connectivity is one area where the two smartphones come with very different strong points, although they both tick the basic boxes such as 4G, Wi-Fi, Bluetooth, and GPS, the Redmi Note 7 sports the USB Type C port while the Nokia 4.2 comes with a micro USB port. The Redmi Note 7 also brings its staple infrared port to the party which the Nokia 4.2 lacks. No, we do not think any less of the micro USB port, but there is no denying that the USB Type C port is more contemporary and convenient.

A price that makes you see Red(mi) 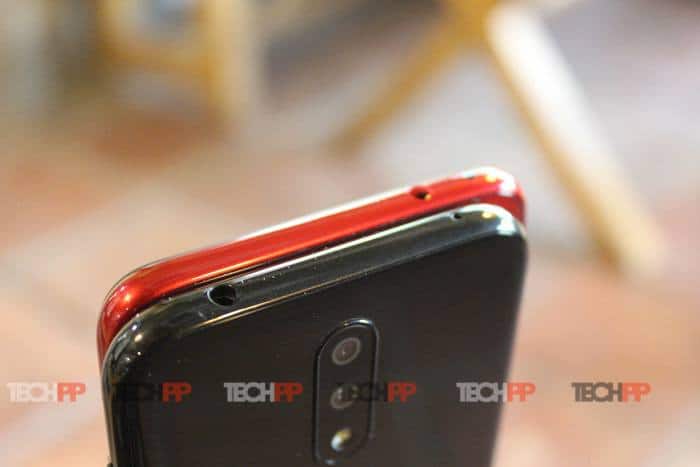 Nokia left in the Red(mi)!

It does not look good for the Nokia 4.2. The Redmi Note 7 beats it comfortably on a number of parameters – it comes with a better processor, bigger display, bigger battery, a higher overall megapixel count, and plus it is more affordable as compared to the Nokia 4.2. The Nokia 4.2 has some neat features like stock Android, dedicated microSD card slot and Google Assistant button but all that cannot make up for the numbers it misses out on. The detailed review of the Nokia 4.2 might see it pull some rabbit out of its hat, but at the time of writing, the Redmi Note 7 is a much better deal for your money.

Was this article helpful?
YesNo
TechPP is supported by our audience. We may earn affiliate commissions from buying links on this site.
Read Next
Snapdragon 782G vs Snapdragon 778G Plus: What Has Changed?
#comparison #HMD Global #Nokia 4.2 #Redmi Note 7 #xiaomi