“Isn’t it rather expensive?”

That’s a query we have been hearing from a number of people ever since OnePlus took the wraps off the OnePlus 7 Pro. Yes, the brand had been steadily increasing the price of its devices so much so that it had gone from its starting price of Rs 19,999 in 2014 to Rs 37,999 in 2018. It even brought out a McLaren Edition for Rs 50,999 in late December. But still not many expected a new OnePlus device to be released at Rs 48,999. 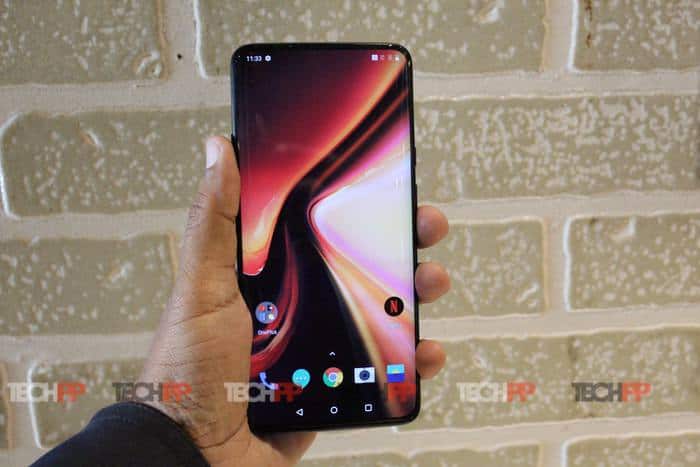 And that was because when OnePlus first entered the smartphone market, the brand coined a new term that created a unique space for its devices in the market:

The term referred to smartphones that offer flagship phone level experience but are come with a much more affordable price tag, essentially killing the “flagships” in the race, which as a rule, come with stiff price tags. Even though it had been moving up the pricing ladder steadily, OnePlus had managed to stick to what that term represented. It was the affordable alternative to pricey flagships. But when the brand launched the OnePlus 7 Pro this year, many people (including us, in our first cut) called the device a full-fledged flagship phone instead of being a flagship killer. This is because the new OnePlus 7 Pro came with the highest price tag that a mainstream OnePlus device has ever been paired with: a starting price of Rs. 48,999. That’s more than twice what the OnePlus One started at. Almost thirty percent more (28.95 to be exact) than its predecessor. Hell, it was almost fifty percent more expensive than its own plainer brother, the OnePlus 7!

Well, actually not really. For, while many might be eyeing the OnePlus 7 Pro as marking the end of OnePlus is flagship killing days, we think differently. In fact, a little digging by us revealed that notwithstanding the significant price hike, and the dazzling tech and design, the smartphone still remains a flagship killer.

But before we go any further, let us quickly refresh what the OnePlus 7 Pro brings to the table As always, OnePlus has thrown the kitchen sink at the OnePlus 7 Pro when it comes to specs. The first quad HD+ OnePlus smartphone boasts a 6.67 inch Fluid AMOLED display and comes with a screen resolution of 3120 x 1440 pixels, and a refresh rate of 90 Mhz. It is powered by a top of the chain Qualcomm Snapdragon 855 processor that is paired with 6 GB RAM and 128 GB on board, and also has 8 GB/ 256 GB and 12 GB/ 256 GB variants. There is also a triple camera setup on the back of the smartphone that comprises a 48-megapixel main sensor with a massive f/1.6 aperture with support for OIS, a 16-megapixel ultrawide lens and an 8-megapixel telephoto lens for 3X optical zoom. It also has an in-display fingerprint scanner, a 16-megapixel pop-up selfie camera, stereo speakers, a massive 4000 mAh battery with Warp charging and of course, as always, it runs on the best chip Qualcomm can offer – a Snapdragon 855. And all this in perhaps the most ambitious design we have seen from the brand since the ceramic OnePlus X (remember that?).

In fact, what the OnePlus 7 Pro brought to the table was a lot more premium than its predecessors, which by and large fought on processor, RAM and (in recent times) faster charging. This was the first time that OnePlus actually brought in factors like display, design, pop up camera and camera quality to the flagship party. In the past, OnePlus had fought on speed. With the 7 Pro, the brand was showing it could do much more. It literally said as much in its marketing slogan for the device – Go Beyond Speed.

Of course, many felt it was high. Some even thought it was TOO high. The important point to remember, however, is that they considered being high by previous OnePlus standards, not general ones! For, casting a look at the high-end flagships in the Indian market reveals the following: (these are prices for the base models, and are official ones – the real ones might vary a little but are generally in their vicinity)

We are not even talking of the iPhone XS and XS Max with their price tags of Rs 99,900 and Rs 1,09,900. But even the most “affordable” of the new iPhones, the XR, was available for Rs 59,900, AFTER a special discount from a specific bank. That price is comfortably in excess of what the OnePlus 7 Pro is charging. In fact, even the base model of the S10e at Rs 55,900 costs more than the OnePlus 7 Pro, which actually outspecs it (something that we cannot remember happening too often the Galaxy S vs OnePlus rivalry). 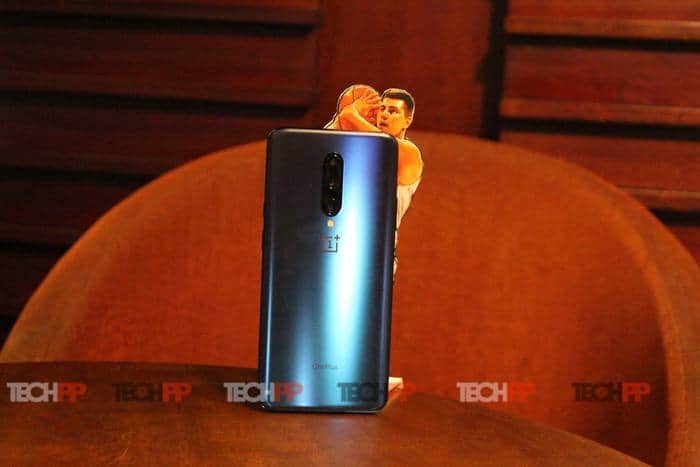 In fact, the only device that we actually consider coming a little close to the OnePlus 7 Pro is the Honor View 20, which is available at a lower price of Rs 37,990 but even that concedes significant ground on features like the display, triple camera, in-fingerprint scanner, pop up selfie camera and stereo speakers. And anyway, we reckon it will have its hands full with the OnePlus 7, the Redmi K20 and Poco F2, all of which will be fighting for the budget flagship title in the coming days.

And actually, that is what the OnePlus 7 Pro is not. Unlike its predecessors, it is not a budget flagship. It has left that role to its “plain” sibling, which will be released in June for Rs 32,999. But while in the past, OnePlus’ devices had been fighting off budget flagship rivals from the likes of Xiaomi, Asus and Honor, the 7 Pro now has its sights squarely on the premium flagship range. And undercuts their price significantly. Yes, the more expensive devices CAN still point to a few exclusive features – Huawei to the massive digital zoom on the P30 Pro, Samsung to better design, and so on – but the gap is a slim one, and convincing consumers that they are worth the higher price is going to take some doing.

We conclude with our answer to the query at the start of the article:

“Isn’t it rather expensive?”

(Akriti Rana contributed words, logic, and facts to this article)

Was this article helpful?
YesNo
TechPP is supported by our audience. We may earn affiliate commissions from buying links on this site.
Read Next
With Football Manager 2023 Touch, Apple Arcade finally has its “killer ...
#oneplus #OnePlus 7 Pro #Opinion