Honor has built a repute for itself in the Indian smartphone market by launching well-rounded devices at competitive price points right from budget entry-level smartphones to affordable flagships. While the parent company, Huawei, seems to be in the soup of late, that hasn’t stopped the brand from soon launching its latest mid-range device in the country, the Honor 20i. With triple cameras on the back, a decently powerful chipset and some typical 2019 design elements like a gradient back and dew-drop notch display, the Honor 20i competes against established names in its segment like the Redmi Note 7 Pro and Realme 3 Pro. How well does it compete though, let’s find out. 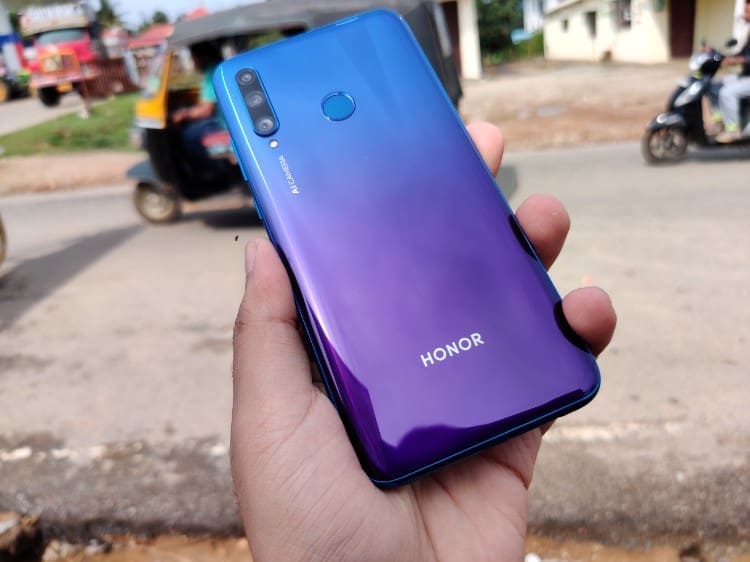 The 20i is built and designed in the typical Huawei/Honor fashion. It was Honor who pioneered the fancy gradient finishes on the back of mid-range smartphones and what made them stand out once upon a time has now become a norm in this segment. That doesn’t take away the fact that the Honor 20i looks and feels great in hand. Despite the 164g weight, it feels light and compact during usage.

The display is what you would expect from any mid-range smartphone in the market. A 1080p IPS panel with dew-drop notch and minimal bezels. It measures a little more than 6.2-inches and that size makes it perfect to grip and use, so if you’re not a big fan of oversized smartphones, you’re going to like the Honor 20i.

Huawei’s homegrown Kirin 710 SoC handles CPU duties and while it’s slightly inferior to its Snapdragon counterparts, the Honor 20i does fairly well with day-to-day tasks and pushing it to perform intensive duties like playing PUBG at medium settings does not seem to make the chip struggle in any way. The software is handled by EMUI based on top of Android 9 Pie, and you can either love the OS for its countless features or hate it for its UI elements and aggressive RAM management. Either way, the Honor 20i will not disappoint generic smartphone users who perform basic tasks and game for a bit every day.

Wide-angle Shooter on a Budget 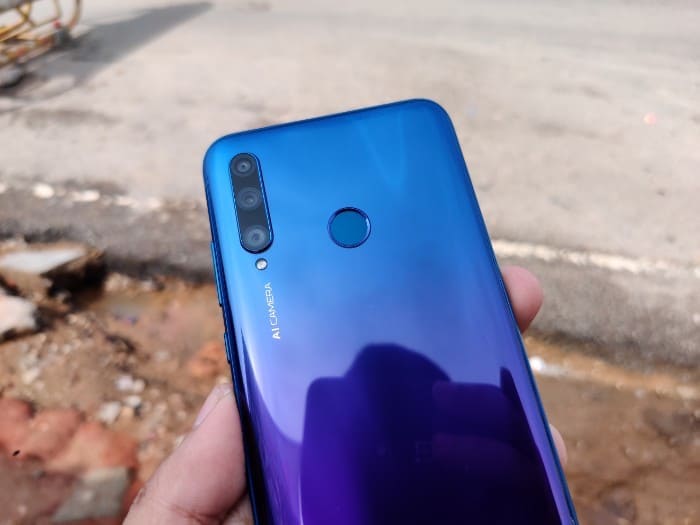 The Honor 20i is one of the few phones (or maybe the only phone) in its range to sport three camera sensors on the rear. Out of the three though, only two have different focal lengths and the third handles bokeh. Along with the 24MP f/1.8 primary lens, there’s an 8MP ultrawide camera which gives you a new perspective to your images. The camera looks promising at first look and while shots from the wide-angle lens does loose out on some details, the extra field of view is well worth it when used for the right kind of shots. The selfie shooter is an impressive 32MP lens which makes this an all-round camera performer if that’s high on your priority list.

There’s a 3400mAh battery which unfortunately still charges over micro-USB. The rear-mounted fingerprint scanner performs as intended and there’s face unlock too if that’s your preferred biometric unlock method.

While the official price of the Honor 20i hasn’t been set yet, we expect the device to compete in the sub-20k price bracket and with established competitors like the Redmi Note 7 Pro and Realme 3 Pro boasting superior specs on paper, Honor needs to rely on its existing user base or on the cameras on the device as a USP to make sure they meet the expected sales numbers.

Was this article helpful?
YesNo
TechPP is supported by our audience. We may earn affiliate commissions from buying links on this site.
Read Next
Poco F3 GT: Made of Mad-deningly Good Design
#First Cut #First Impressions #hands on #Honor #Honor 20i