Ever since Xiaomi entered the smartphone market in India, the brand has been very competitive when it comes to specs and prices of its smartphones. For quite a while, the company took a very new-age method to market its product by steering clear of mainstream marketing techniques like advertising. But as the brand becomes more comfortable – and dominant – in the Indian market, it has of late started dipping its toes in the traditional advertising sea, as well. With some success too. We have seen some really clever campaigns like “Naya Note” and “Kiska Baja” from the brand, which focused on the features and USPs of Xiaomi phones.

Xiaomi has stepped up its smartphone game in India with the launch of Redmi K20 and Redmi K20 Pro, trying to enter the slightly more premium segment of the market. Along with this bold move, the brand has also taken a different ad route for the device. It has released a new ad called, “ Bow down to the true master” which takes a subtle dig at one of its fellow competitors – something it has not done in India in the past. But does it leave the competition in the red? Or just Mi red-faced?

“Bow down to the true master” is a 40-second ad, set in a martial art class setup. The ad starts with a martial arts teacher teaching his students, wherein all the students have a smartphone each with which they are practicing. While the class is underway, a student comes wheeling in on his kick scooter. Looking at his watch, the master instructs the protagonist (the student who came in late) and asks him to fight with one of his students.

As the battle starts, the two make martial arts moves with smartphones in their hands. The protagonist carries the Redmi K20 Pro while his opponent carries just another smartphone. The moves of the opponent in the ad are visibility slow while the protagonist is extremely fast. The martial art moves of the lead highlight the design of the K20 Pro and the pop-up camera. As the fight begins, a voiceover says, “ in a world where many smartphones claim to be the fastest, presenting the True master.” Our protagonist wins the “duel” and so impressive is his (and the phone’s) performance, even their teacher calls the phone a “True master.”

The ad ends with an image of different color versions of the K20 Pro on the screen with a few spec details, followed by Xiaomi’s logo.

It was not too long ago when OnePlus had released an ad featuring Robert Downey Jr. (RDJ) for the OnePlus 7 Pro. Now that Xiaomi has created a device that it very proudly calls, “flagship killer 2.0” (the original flagship killer being OnePlus, which has now incidentally become a flagship itself) which goes head to head with OnePlus’s flagship smartphone, the brand has not shied away from creating a campaign which basically mocks the OnePlus 7 Pro ad campaign. 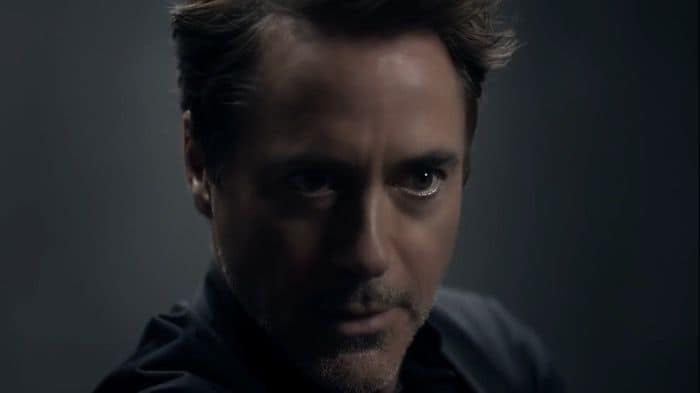 But while the Xiaomi Redmi K20 Pro ad campaign is also based around a martial-arts theme, the ad actually keeps the phone in the spotlight, unlike the RDJ ad which mainly featured the actor with a vague narrative, interspersed with martial very brief clips of the phone

“Bow down to the true master” is all about the phone, from the very beginning. As soon as the lead enters and their master asks them to fight, the Redmi K20 Pro becomes the hero in the ad as it highlights the design of the phone and the glowing, rising selfie camera. This definitely comes as an improved effort as compared to the OnePlus ad which did not talk about the phone or feature it much in the ad and instead was just one monologue from Robert Downey, which could have been referring to just about anything.

What we also like is that unlike many other competitive advertising campaigns that heavily depend on the competing product to get through the ad and often end up highlighting the competition more than their own products, this one is very independent of the existence of its competition. So, even if you have not watched the OnePlus 7 Pro ad or have not even heard of it the Redmi K20 Pro ad would still make sense to you. Xiaomi has poked fun at the OnePlus 7 Pro ad in such a way that it does not even give any real attention to the brand or its phone on-screen (the phone being used by the protagonist’s adversary is not named and is indeed, barely visible), which can be very difficult in competitive advertising.

That said, even this ad was more about taking a subtle dig at competition rather than highlighting what is actually great about the K20 Pro, apart from a couple of design elements. And there is plenty to talk about in the phone, take our word for it (read our review to find out more). The whole martial art theme is all fun and fine but it does not do much for the product – the speed of movement is shown by the protagonist, not the phone. Yes, the ad highlights the importance of speed and we like how they incorporated the design and the pop-up camera in it but it just seemed a little underwhelming in terms of basic information. No, it did not give the competition much space, but we did not get a lot about the K20 Pro either from this ad. 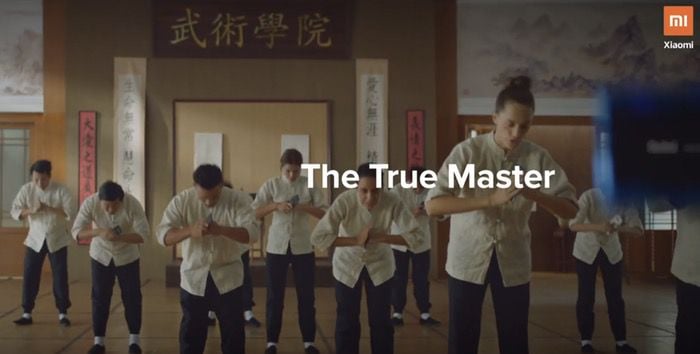 Some of the Xiaomi ads in the past have been really clever and funny and while “Bow down to the true master” tries to walk the same route, it just diverts from it ever so slightly. Yes, it is much better than the OnePlus 7 Pro ad that features Robert Downey Jr. as it keeps the product in the spotlight, but the ad just seems to be missing the marketing punch that marked Xiaomi’s ads in the past. We would have rather liked to see an ad completely driven by the product and not competition because that has worked for Xiaomi in the past.

One over OnePlus? Certainly.
But not very Mi-Like!

Was this article helpful?
YesNo
TechPP is supported by our audience. We may earn affiliate commissions from buying links on this site.
Read Next
OnePlus Nord Watch vs Amazfit GTS 2 Mini New Version: Which One Should You Buy?
#oneplus #OnePlus 7 Pro #Redmi #Redmi K20 Pro #Tech Ad-ons #xiaomi