Whose phone rang? We known which one did!

There are different methods that companies use to make their own marks on the consumers’ minds, and these need not be visual. Not always. For instance, a ringtone can be an iconic feature of a smartphone brand and can do a lot when it comes to brand recall. In the past, we have seen (or rather, heard) distinguished ringtones from companies like Apple and Nokia which straightaway will remind you of the brand. Unfortunately, not all companies pay detailed attention to the humble ringtone, but one that is doing so is Xiaomi. The brand has quickly become a household name in India and one of its hallmarks is a very distinct ringtone, which is not only set as default in all its products but is also highlighted in its launched and events (the Xiaomi presenter almost always walks out accompanied by the sound of the ringtone!). And now the company has created a whole ad campaign around it.

Chaos reigns as a phone rings in the OT and Court

The campaign titled, “Kiska Baja?” (Whose phone rang?) has two ads as of now. The first one titled “Xiaomi Court,” as the name suggests is staged in a court. It starts with the judge penning down something on paper while all the people stare at him silently. Just when he starts announcing his verdict in front of the crowd, a Xiaomi ringtone is heard. Confusion and chaos reign for a while as everyone starts searching their pockets, bags for their phones, and checking if it is their phone that rang. After taking in the scene, the judge raps his gavel on the desk and asks, “Kiska Baja?”, immediately after which a lady pulls her Xiaomi phone out of her bag and disconnects it, after looking suitably embarrassed.

The second ad, “Xiaomi Patient”, is in an operation theatre (OT) and begins with a surgeon talking his students through a surgery that he is performing. Just when he says that he is making an incision into the epidermis and getting into…well, we will never know because the Xiaomi ringtone is heard. This makes all the students panic and all of them start searching their gowns while the lead surgeon and nurse stare at them. After a while of phone searching chaos, the surgeon asks them to stop and after a brief pause asks, “Kiska Baja?” At which, the patient sneakily wakes up and disconnects his phone, leaving everyone staring.

Both ads are about half a minute long – one is thirty seconds and the other thirty-one. And end with a screen saying “Best Specs, Highest Quality, Honest Pricing” supported by a voiceover which says that this is what happens when Xiaomi offers best specs, highest quality, and honest pricing. The voiceover also adds that Xiaomi is India’s number one smartphone brand. The ad ends with the company’s logo. The background music in both the ads starts when the voiceover begins.

But what beautiful chaos!

When Xiaomi first started advertising its products, we were not really impressed by the company’s efforts because it created a few very basic, hard-sell ads. But of late, Xiaomi has upped its ad game – we absolutely loved the Naya Note ad campaign released a few weeks ago, and the “Kiska Baja?” campaign adds to the company’s recent ad glory.

The two ads are very similar in many ways. Both are staged in very serious locales — the first in a courtroom and the second in an operation theater. And just when you think something very dramatic is about to happen (the judge is about to read out the verdict, the surgeon is about to start the surgery), a ringtone starts playing. The Xiaomi ringtone. The mood of the ad goes from dead to serious to hilarious in seconds. We think the two ads are very clever and relatable because we have so often seen people search through their pockets and bags when a phone starts ringing in a crowd. And the company has captured that moment beautifully in these two ads – and of course, thrown in its own ringtone. The campaign is also very India oriented – the court setting is typically Indian – which is again a plus point because it can reach a bigger audience in the country than one with a more generic tone. 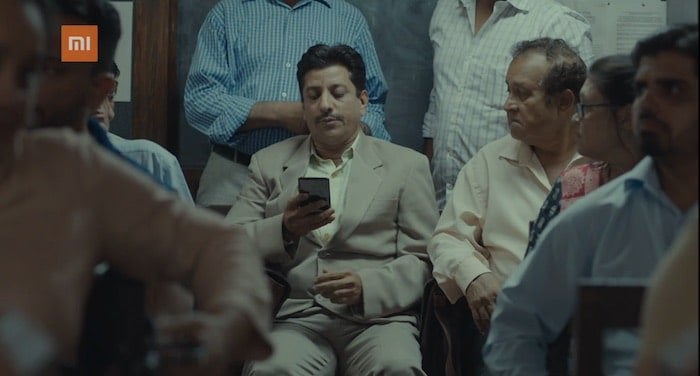 These two ads definitely come with our three all-time favorite advertising Ss’: they are short, simple and straightforward. We really appreciate how the company has captured a slice of life which we all have witnessed at some point and presented it so brilliantly in just about half a minute. Not only that, the ad is very simple as well. It has recreated daily life situations and while not many of us see the insides of a court or an operation theater every day, most of us know what a dreaded feeling it is to be there and of course, that phones on loud mode are prohibited inside. Xiaomi has taken a situation most people dread and has actually managed to add humor to it. People can relate to it and also smile at it. And of course, so many people looking through their bags and pockets because one Xiaomi phone went off somewhere also shows how many smartphones the company has sold and how omnipresent the brand has become.

While many brands take pride in calling themselves a brand for the millennials, the two ads by Xiaomi capture how the brand has become a resident name for all age groups. In the first ad, we see a lot of middle-aged to even old people looking for their Xiaomi phones while in the second one we see young students doing the same, which very smartly shows the broad spectrum of consumers that the company caters to. 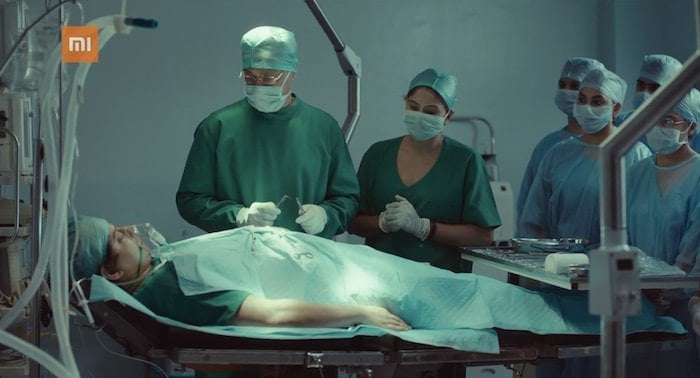 The “Kiska Baja?” campaign has used a blend of both hard and soft sell. While the first part of the two ads is very interesting and entertaining, Xiaomi near the end of the ads reminds us of the three basic USPs of the brand. The ad informs and entertains in about 30 seconds. How cool is that? We also have a soft corner for all those campaigns that pay attention to little details and this one has done so. Both the two ads are almost the same duration and have the same ending which connects them to each other and the campaign, but still leaves them independent enough to roll on their own. And also leaves the door open for more ads (a phone ringing at a media launch? We have seen that happen!)

It definitely rings a bell with us

We all knew Xiaomi as a company that never used mainstream ways of marketing ts products but the Chinese brand is slowly adopting those too. And we could not be happier. Do not get us wrong, we really liked the creative ways in which the company used to communicate but now that we are also getting some really clever advertising along with it, what’s to complain?

In the campaign, Xiaomi has stressed its sheer presence and the fact that it is the number one smartphone brand in the country and played the card very well indeed. The campaign is clever, short, makes you laugh and stays with you because it is relatable. It also highlights the brand and its strong points – price and quality, although very briefly.

All said and done, the “Kiska Baja” campaign is another star on the company’s ad shoulders. We love how Xiaomi has taken something as basic as a ringtone and has created a very impressive ad campaign around it. And in a tech world that seems increasingly focused on spec and adjective-laden advertisements, we just hope Xiaomi continues on this path. The ad definitely rings the right bells with us.

Or to use Xiaomispeak: ghanti baj gayee (it rings a bell)!