When it comes to electronics, the US brand Anker has a very special place. The brand is known for its power accessories, from chargers to portable power banks. One of the power banks that it has recently released in the Indian market is the PowerCore Speed 20000 PD, a power bank with a capacity of 20000 mAh. 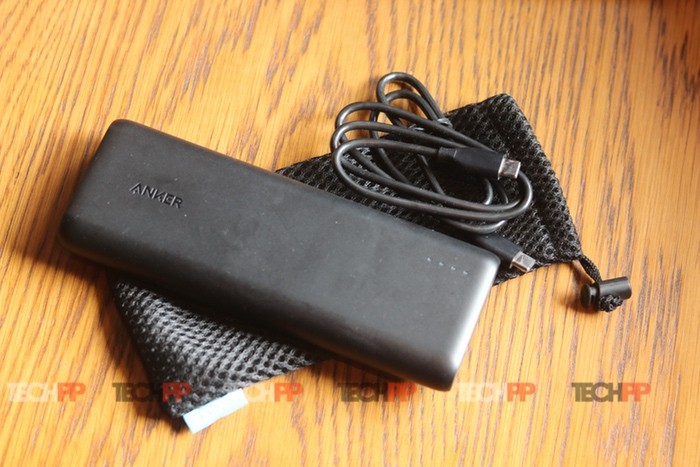 There are going to some gasps of horror at its Rs 6,999 (USD 99.99) price tag, especially when you consider that Xiaomi offers a 20000 mAh power bank at a much lower price (Rs 1499 at the time of writing). Hold your horses of horror, though. We are not saying that the Anker PowerCore Speed 20000 PD is a super affordable proposition. It isn’t. But it does bring some serious charging muscle for those extra bucks it charges.

The rather sturdily built charger has two ports – a USB Type-A and USB Type-C. That USB Type-C port is special – you can use it to charge a device and charge the power bank too, so no need to carry an extra cable (there is a USB Type-C cable in the box). What also makes it special is its output – it can deliver power at 22.5 W. In simple English, that means really quick charging for most phones, and can even recharge an iPad or a MacBook Pro. Being a USB-PD charger, it can detect the connected device to deliver the right amount of power to charge that device as fast as possible. This ensures fast charging without delivering too much power which could damage circuitry. 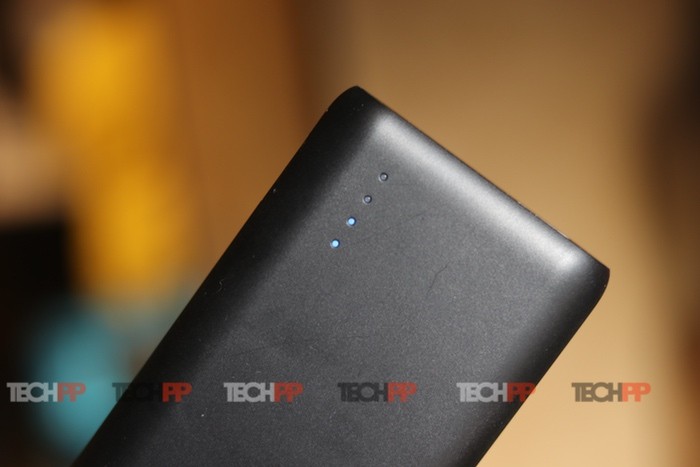 For the sake of comparison, the new power banks from Xiaomi and Realme offer 18W charging, so this is in effect about 25 percent faster. The output on the other port is a rather more modest 10W, which is more run of the mill, although it is brisk enough.

The best part? It all actually works. No, it is not going to charge your MacBook in the twinkling of an eye, but we plugged our MacBook Air to it with about 19 percent charge remaining in it, and then kept working, with the Internet and e-mail buzzing away merrily on it. The notebook would have lasted about an hour of that sort of usage. However, with the 20000 PD plugged in, the charge on our MacBook Air had actually gone up to 25 percent. A point to note – do check if your notebook can work on 22.5 W charging (some need a minimum of 25W or 30W, which is beyond this one). Similarly, the charger was able to get our Redmi Note 7 Pro from zero to ninety percent in about an hour and a half, which is actually faster than what its own bundled charger delivers. Oh, and before we forget, this is one of the few power banks we have seen that charges a Nintendo Switch very briskly too. 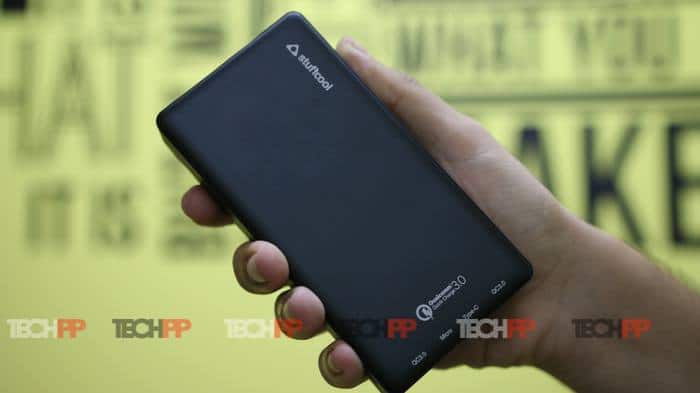 Round that off with the fact that the power bank itself gets charged very fast – in about 5-6 hours using a 27W charger from Xiaomi, and about four and a half hours using a 30W Warp charger from OnePlus – and the 20000 PD starts looking like a very handy proposition. You have “regular” USB port for more routine charging the Type-C one for turning on the speed. 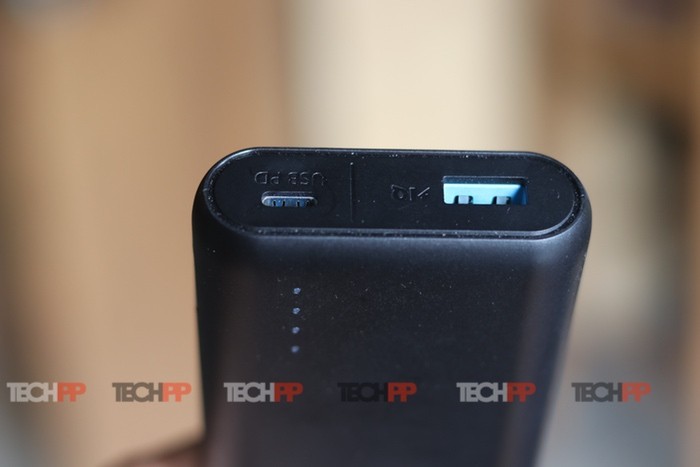 And all of it in a very sturdy package. The power bank comes in a longish (slightly more than half a foot – make that slightly longer than the iPhone XS Max) metallic build with sides that are curved making it easy to hold. While being heavy (about 371 grams) seems very sturdy. It has the two USB ports on one of its ends, and four LED indicators on its surface. Pressing a button on one of the curved sides will tell you just how much charge is left via those indicators. Incidentally, you do not need to switch the power bank on to start charging a device – just connecting it starts the charging process. In a very nice touch, Anker has also bundled a knit bag with the power bank, saving it from scratches and smudges (our unit did pick up a few, though). And before you ask, the power bank remains extremely cool and doesn’t get warm at any time. 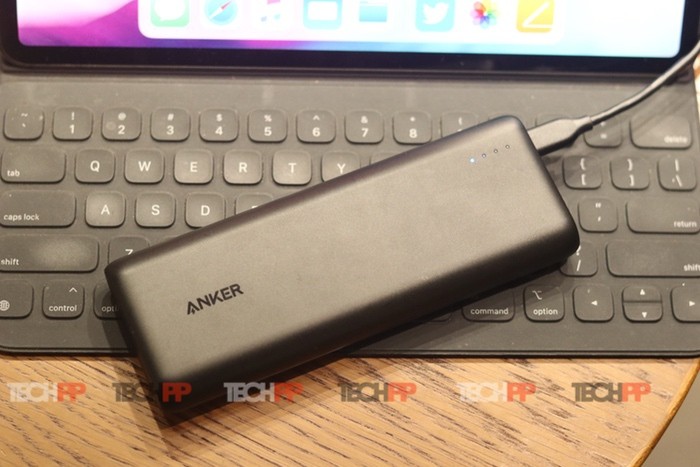 The big question, of course, is whether all this is actually worth that very stiff price tag? Some might feel so, given the fact that there are competitors offering similar capacity power banks at lower prices, although that charging speed is relatively rare. That said, given Anker’s near-legendary status and reputation for safety, we can see a lot of business users gravitating to this charger over much more affordable ones. We have been using it for about a month and well, things have come to the stage where we have stopped worrying about the charge on our MacBooks or iPads, leave alone phones. Keep the Anker PowerCore Speed 20000 PD charged up (and we cannot stress how important it is that it charges quickly itself), and it is a fair chance, you will never really feel powerless. Now, that is something that many might pay a premium for.

Was this article helpful?
YesNo
TechPP is supported by our audience. We may earn affiliate commissions from buying links on this site.
Read Next
Skullcandy Mod Review: Betting on doing the basics well
#Anker #Anker PowerCore 20000 PD #Power Bank #review