Microsoft, in its annual Surface event today has announced a few new devices including the Surface Laptop 3, Surface Pro X and the Surface Pro 7 which we’re going to talk about now. The Microsoft Surface Pro 7 brings to the table some much-needed improvements while retaining the compact form factor from previous generation surface devices. 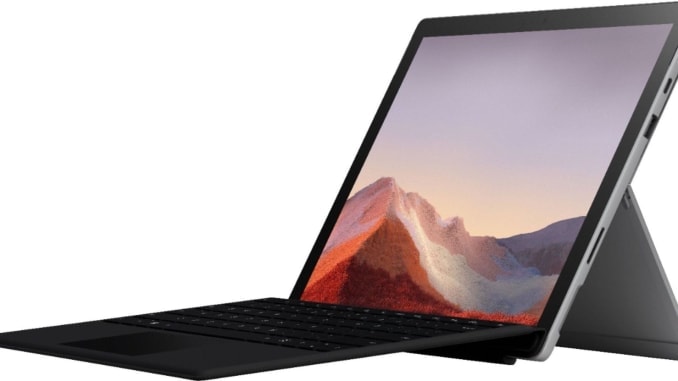 To begin with, the new Surface Pro 7 does away with the proprietary mini display port from the last generation and replaces it with the much-awaited USB Type-C port found on other surface machines including the affordable Surface Go. The Surface Pro 7 comes with updated internals making it faster than ever before. Other than hardware changes, Microsoft has optimized some software elements for the Surface Pro 7 like Microsoft Edge, Office apps etc. The Surface Pro retains the 12.3-inch display for a compact form factor.

Microsoft Edge is optimized to perform faster and consume less battery and since the Surface Pro 7 also has support for the pen input, you can even select and share certain elements from the browser pages. Microsoft Office suite of apps is also specifically optimized for the Surface Pro 7. You can select text using the pen and edit formatting, add comments, and even make calculations within excel. There’s also handwriting to text conversion baked in with the pen.

The additional Surface type keyboard that attaches to the Surface Pro 7 has a key travel of 1.3mm to provide a laptop-like typing experience. The precision trackpad is also bigger than last-gen. There’s voice to text with the new studio mic which is optimized for your voice.  Speaking about voice, voice calls on your phone are now displayed on the Surface Pro 7 and you can either accept or reject calls directly while you work on the Surface Pro 7.

The Surface Pro 7 can be pre-ordered starting today and will ship from October 22 and will start from $749. Availability in India has not been announced as of yet.

Was this article helpful?
YesNo
TechPP is supported by our audience. We may earn affiliate commissions from buying links on this site.
Read Next
How to Install and Use Intel Unison App on Windows, Android and iOS
#microsoft #Surface Pro 7