It may seem like technology is our best friend. After all, it has dramatically changed our lives for the better by allowing us to do literally anything with a simple tap, click or swipe But let’s face it, technology is bit like that friend who is there for you at all times but can still not be trusted (oh yes, we all have a few of those). Mainly because it is a friend who is really bad at keeping things a secret. With data literally becoming a weapon, it has become more important than ever to think before trusting technology that manufacturers put forth. What is surprising is that even though privacy is such an important issue and rarely a month passes without some security issue in which data is compromised, it does not seem as if most consumer tech brands are ready to even acknowledge privacy and security as an issue (unless they are advertising fingerprint scanners and face ID), let alone fix what is broken.

One brand thinks differently. Of course, it would be Apple.

The Cupertino giant has been talking about privacy and how it keeps what is on the iPhone private for quite a while and has now started to use it as a USP. It introduced ads in the past focusing on the issue and has done so again after the launch of the latest iPhones.

“Privacy on iPhone– Simple as that” is about a minute long ad that shows an aerial view of a city at night. The ad starts from the sky and zooms in to give a view of buildings, elevators, offices, and gyms before finally going into an apartment through a lit window where a girl is sitting on her bed using an iPhone 11 Pro Max. And even as these visuals appear, a voice in a mellow tone delivers this monologue on privacy:

“Right now, there is more private information on your phone than in your home.
Think about that.
So many details about your life right in your pocket.
This makes privacy more important now than ever.
Your location, your messages, your heart rate after a run.
These are private things.
Personal things.
And they should belong to you.
Simple as that.”

The ad ends with a text on the screen saying, “Privacy. That’s iPhone” followed by Apple’s logo that doubles up as a lock. Yes, that is really it.

The monologue is the real hero

In the past, Apple has delivered a number of ads that are incredibly simple yet very impactful. “Privacy on iPhone– Simple as that” is another of those. The minute-long ad is basically a compilation of aerial shots of a city and different buildings that eventually zoom into a girl’s home who is using an iPhone 11 Pro Max.

But unlike most TVCs where the visuals are at the center of the ad, in this one, the hero of the ad is the monologue. The monologue does not say anything we have not heard before or does not explain a complicated concept. It just simply states what we have been hearing for a long time but the way it is delivered is what makes it so impactful. The narrator highlights the most basic, most everyday things that we share with our phones. Information that we do not even consider important at times. And the ad highlights how even those little bits of information that we give to our phones so casually are important and should not be with anyone but us.

The ad is not talking about a product, in particular, it is not trying to highlight numbers or specs of the new iPhone but is just gently reminding us of how Apple pays attention to our privacy which is kind of reassuring, especially in this day and age. And it does so without sounding threatening or submerging the viewer in jargon or tech detail. There is no mention of special protocols or security measures or Face ID. No, the ad just focuses on linking the iPhone with privacy. Nothing else gets in the way. In a way, it also implies that privacy on the iPhone is not a complex affair, but is simply part of the experience. Which it actually is. It just works, in the best Apple tradition. 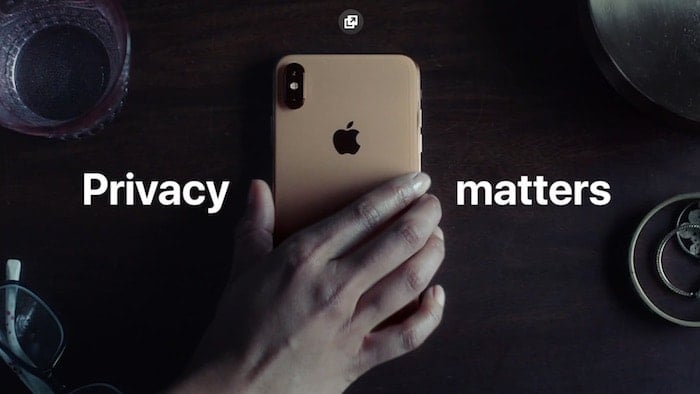 Yes, it is slightly on the longer side for an ad that is so simple but none of the visuals in the video really looked out of place. We also liked how the ad covered literally all places that our modern-day lives mostly revolve around. The office, gym, and home, the ad covered it all and just built a subtle connect of how these places and what we do there, all stay on our phones. And then how it at the very end zoomed in to a person using a device which she would have carried to all these places and more (and got data about them, doubtless) – her iPhone. It highlights how even in a big city, a single person has the right to her space. And also her information. We have always loved the lock-cum-Apple logo that appears on Apple’s privacy-oriented ads and we have loved it in this one as well. It is so simply appropriate.

Apple is the boss of all things simple yet impactful and this ideology reflects in its ad campaigns as well. “Privacy on iPhone– Simple as that” is another one of the ads by the brand that just gets the work done without being too over the top. With its ads focused on privacy, Apple has time and again reminded how this is not only important but a very basic need. A need, not many brands are ready to fulfill sadly.

The ad has been released within a few weeks of the release of the new iPhones. The brand could have gone on talking about the performance and design of the devices or their other features. The fact that it talked about privacy and did not even mention the new iPhones (there is just a general reference to ‘iPhone’ rather than iPhone 11 or 11 Pro) conveys just how important privacy is to Apple. And perhaps how important it should be to us.

Technology, after all, is a good friend. But a friend who is really bad at keeping things a secret… 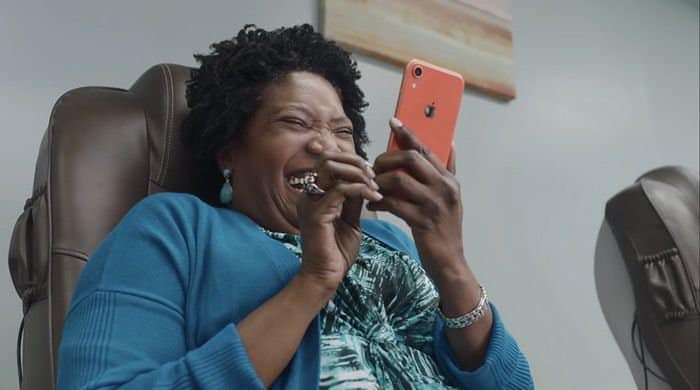 [Tech Ad-ons] Inside Joke: What comes on iMessage, stays on iMessage
Read More
How to Change the Default Finder Folder on Mac [Guide]
Read Next