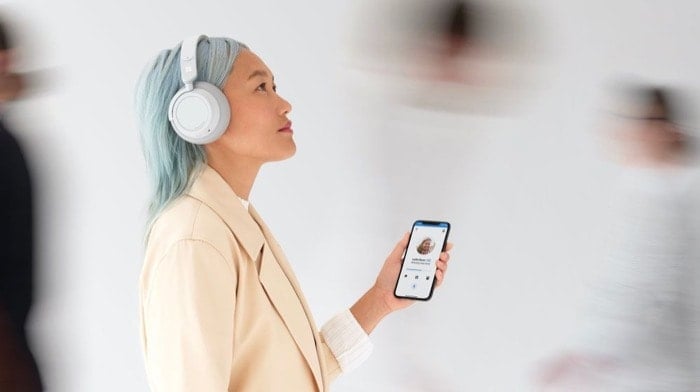 One of these announcements is in the field of AI, where, using Microsoft AI, the company has integrated a new feature in Outlook (for iOS), called ‘Play My Emails’. Essentially, the feature utilizes Cortana (Microsoft’s assistant) to offer users with what’s new in their inbox by playing it out loud. The idea behind the feature stems from the fact that a lot of users spend a huge chunk of their time looking at emails, messages, social media, etc. And as a result, they are often found missing on other important tasks or activities.

Microsoft says, “With an intelligent readout of your emails, natural language interaction with Cortana and a user interface designed for people on the move, you can stay organized, on top of what matters and get back to living life outside your inbox.”

The Play My Emails feature appears to have simple user experience with large visual assets and touch targets to offer context for each individual email at a glance. It allows users to use one finger to swipe to the next message or use voice commands for touch-free control. And offers a seamless experience with wired or wireless audio devices and allows their native controls to control the email playback.

At the core of the feature, the intelligent AI analyzes your inbox in the last 24 hours and looks for changes in a day to offer a summary of what to expect for the day. Besides saving your time by reading out your emails, Cortana also calculates how long would it take for her to read out your emails, to ensure that you have enough time to go through all the emails at once. Other than that, with the integrated Outlook Calendar, Cortana can assess and read out the important emails that are scheduled in your calendar.

What’s even interesting is that not only does Cortana read out your emails, it also provides you with the email timestamp. So for instance, if you got an email from someone around an hour ago, Cortana will hint you with the timestamp by saying, “An hour ago, you received an email from…” Furthermore, it even stitches together your emails that arrive in the form of conversations, arranges them in a logical sequence, and reads them out to offer better context for your conversations.

Play My Emails is now available for Outlook users on iOS in the US, with availability on Android expected sometime later.

Open the Outlook app and swipe right from the left to open the side menu. Now, tap on the play icon and Cortana will start reading out your emails. Alternatively, if you have an audio device connected to your phone, you can tap on the play icon in the notification at the bottom of the screen.

2. Which emails will Cortana read?

As already mentioned, Cortana first reads out any changes to your schedule over the next 24 hours. After this, it reads out the 30 most recent unread emails that you have received in the last 24 hours.

3. Which voice commands are supported?

As soon as Cortana reads out an email, you can use a command to perform certain actions. However, if you wish to perform an action while it reads out your emails, you can simply say ‘Hey Cortana’ or tap the mic button to give a command. Currently, Play My Emails supports a number of commands, such as Reply, Next, Previous, Skip, Pause, Resume, Archive, Flag this email, Unflag this email, Mark as Read, Mark as Unread, Delete, Exit, and Send Feedback.

4. Can you use Siri to start Play My Emails?

Yes, you can. To enable this option, open the Outlook app on your phone and go into settings. From here, select Siri Shortcuts and select Play My Emails. Finally, tap on the red button to record your trigger phrase. Now, any time you want the feature to read out your emails, invoke Siri and use the trigger phrase you just set.

Was this article helpful?
YesNo
TechPP is supported by our audience. We may earn affiliate commissions from buying links on this site.
Read Next
10 Ways to Fix Photos App Not Working in Windows 11 [2022]
#Cortana #microsoft #outlook #Outlook Play My Emails