[First Cut] Xiaomi Mi Note 10: The Megapixel Wars are Back!

Xiaomi was one of the first brands to have launched a smartphone with a 108MP camera sensor, which was the Mi Mix Alpha. And while that hasn’t made it to the mainstream markets yet, what has is the Mi Note 10 globally or the Mi CC9 Pro in China. Going by the recent tweets by Xiaomi India, it seems like the Mi Note 10 is launching soon in India too. Should you wait for the 108MP Penta-camera beast? We’ve been using the phone for a little over a week and here are our first impressions of the Mi Note 10.

Let’s begin with cameras as that’s the major highlight of this device. There are five cameras on the back of the Mi Note 10 and that’s not something we’re used to seeing. And the best part is, all five cameras serve a purpose. By this, we mean to say there’s no depth sensor or anything that’s there just to fill up space. The primary sensor is a 108MP shooter and what this means is you get immaculate details. In fact, the images are so detailed that the gallery by default loads just a preview image and renders the fully detailed image only when you zoom in. The high megapixel count also lets you zoom in better once you’ve taken the shot.

Speaking about zoom, we also get a 13MP 2X telephoto lens accompanied by a 5MP 5X lens which combines with the primary 108MP sensor to give you a total zoom of up to 50X. There’s a 20MP ultra-wide shooter too accompanied by a 2MP dedicated macro lens for those close-up shots. Along with the impressive hardware, there’s a bucket-load of software tweaks and features to make full use of the cameras. Portrait mode, AI mode, Vlog mode for videos, Mimoji etc. The camera experience on the Mi Note 10 is certainly impressive. 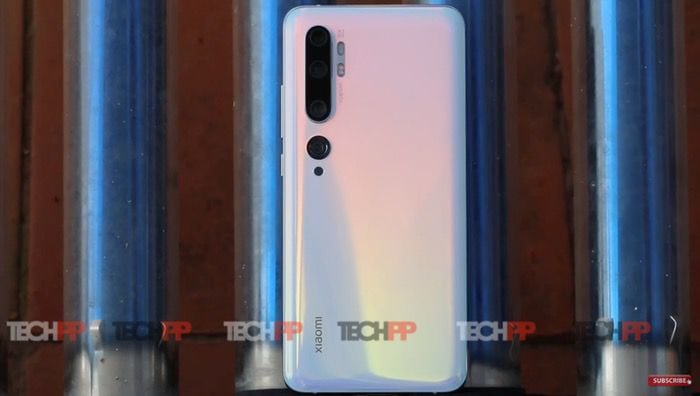 The internals of the Mi Note 10 might not seem as powerful as true flagship-grade smartphones, but the Snapdragon 730G chipset is quite powerful especially if you’re a gamer. We have the base variant with 6GB of RAM and 128GB of onboard storage. The phone runs on MIUI 11 out of the box but still runs on Android Pie, unfortunately. We haven’t used the phone extensively but as per our initial impressions, the performance was snappy, and apps opened quickly. This is certainly a very capable chipset.

Curved is the new flat 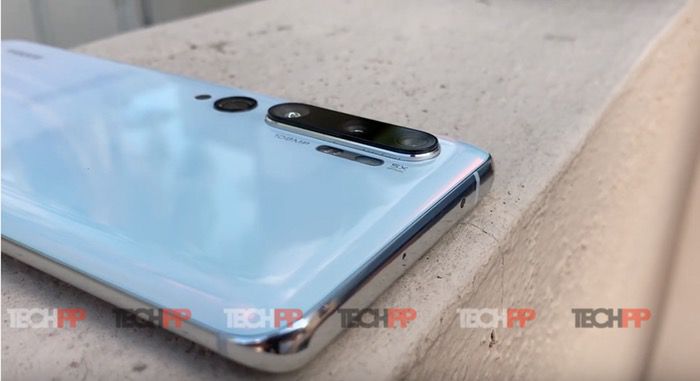 2019 is the year where we’ve seen lots of brands move to curved displays rather than the usual flat panels and Xiaomi hasn’t missed out either. It isn’t as curved as the new “waterfall” displays that wrap around the entire edge, but curved enough to give a comfortable feeling in the hand and look gorgeous at the same time. The display is a Full HD+ panel with a waterdrop notch. The AMOLED panel looks beautiful with punchy colors and deep blacks. The fingerprint scanner resides under the display.

Not only is the display curved, but the back is curved too, making the device feel premium to hold. We have the white color variant with us which is similar to the white color edition of the Redmi Note 8 Pro, so we wished Xiaomi went with a different finish. 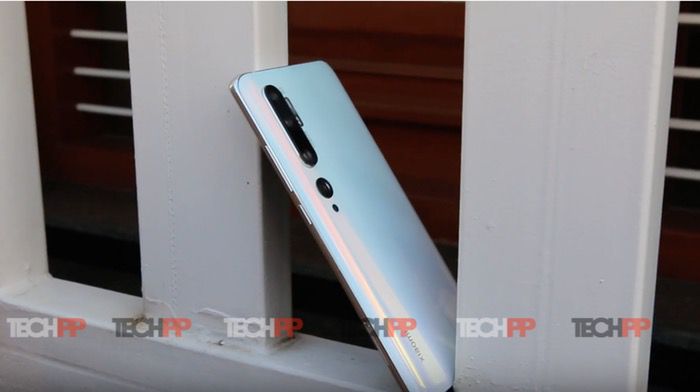 Along with cameras, another area where the Mi Note 10 shines is in terms of battery life. The Mi Note 10 has a 5260mAh battery which in smartphone terms is enormous. The battery life so far in our experience has been terrific. There’s also a 27W fast charger in the box that claims to fully charge the device in little over an hour. For a battery size that high, it’s surely impressive.

The Mi Note 10 is expected to launch in India soon going by the brand’s tweets promoting 108MP and it might launch at a price range around Rs. 27-30,000. The Mi Note 10, other than the chipset inside offers a flagship experience. Don’t get us wrong, the Snapdragon 730G is a very capable chip, but the SoC plays a big role in deciding if a smartphone is a flagship, and given that there are other smartphones in this price range running on the Snapdragon 855 (including Xiaomi’s own Redmi K20 Pro), the Mi Note 10 might be perceived as more of a camera-centric smartphone rather than an all-rounder. Again, pricing will be key for Xiaomi.