Amazon has today announced the launch of its first Fire TV Edition smart television in India. Called Onida Fire TV Edition, the product is a result of the collaboration between Amazon and Onida and offers access to the Fire TV platform on the television itself. Until now, Amazon has been offering the Fire TV platform to users either via Fire TV Stick or the Fire TV set-top box, but with the new smart television, the company is aiming to make it easier for users to access the platform. 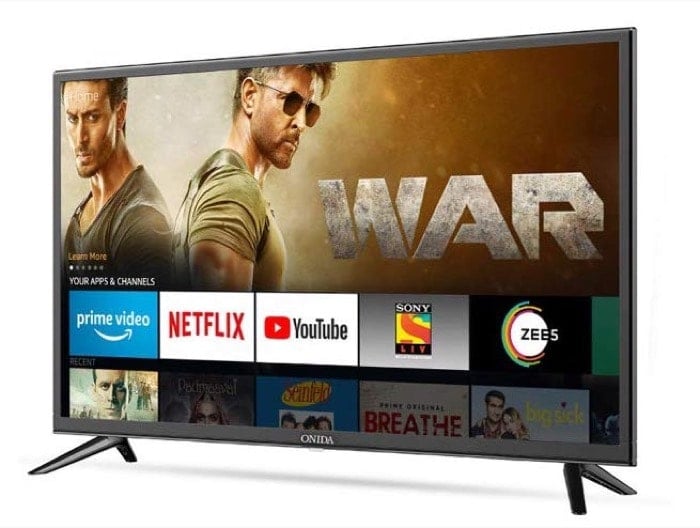 Onida Fire TV Edition comes in two screen sizes: 32-inch and 43-inch and offers 3x HDMI port, 1x USB port, 1x Ethernet port, audio jack, and WiFi connectivity. As of now, there is no detailed information on other hardware specifications. The listing on Amazon suggests that the television runs on a multi-core processor and supports Dolby and DTS.

The smart television comes with the Fire TV software and experience built-in to the television, which allows it to access a wide catalog of TV shows and movies across different streaming services such as Prime Video, Hotstar, Netflix, and more. Besides this, the television also supports voice control with Alexa and comes with a bundled voice remote that allows users to perform various functions like play music, search for titles, launch apps, switch inputs, and more. Further, users can also mirror their smartphone content like photos or videos from their smartphone on the television.

On paper, this is a great idea considering Amazon’s Fire TV has one of the slickest UIs on televisions and people are increasingly looking for Smart TVs instead of buying an accessory filling up one of the HDMI slots available on the TV.

The budget Smart TV segment is currently dominated by the likes of Xiaomi, TCL and Vu. Walmart-owned Flipkart has been expanding its presence in Smart TV space by licensing brand names like Motorola and Nokia. Amazon’s entry makes the battle a lot more interesting.

The Onida Fire TV Edition comes in two screen sizes: 32-inch and 43-inch, priced at Rs 12,999 and Rs 21,999, respectively. It will go on sale starting December 20 on Amazon. We shall be soon reviewing the Onida Fire TV, so stay tuned for that.