OnePlus recently announced its plans to be present at the CES (Consumer Electronics Show) 2020, in Las Vegas. Today, the company completed its sixth-anniversary, and on this occasion, announced that it is set to make its CES debut with the introduction of its first-ever concept phone, the OnePlus Concept One. 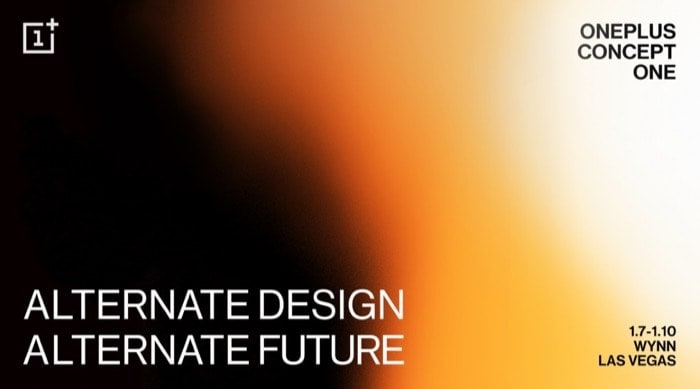 The CES, like every year, hosts a bunch of presentations for new products and technologies from a wide range of companies. Until now, OnePlus has refrained from participating in this annual trade show and has been hosting independent events for its product launches. However, this is about to change next year with OnePlus finally coming to CES. As per the announcement, the OnePlus Concept One Special Event will be held from January 7 to 10, 2020, from 10 AM to 5 PM, at The Wynn, Las Vegas.

The announcement suggests that the Concept phone is the beginning of a new era of smartphones for the company. And it will lead the way as the first phone in the series with more to follow. Besides this, OnePlus has not revealed any further information about the Concept phone. So we might have to wait for updates in the coming weeks. However, looking at the smartphone trend this year, it seems that the concept phone could actually be a foldable phone, in which case, it would mark the company’s first attempt at a foldable smartphone. A few months back, we saw a similar approach from Xiaomi, where it unveiled its first concept phone with a wrap-around display, the Mi Mix Alpha, which boasts a 180.6% screen-to-body ratio.

Besides OnePlus, another company that is about to make an appearance in CES, after quite some time, is Apple. Over the past few decades, the company has had its own events for product announcements, and while it hasn’t appeared at CES all these years, it surely has managed to indirectly influence the technology at CES. Apple recently announced that, at CES 2020, a few of its executives are expected to take the stage and address a wide range of topics related to user privacy and government regulations. While this appearance may not involve the announcement of any new products, it will address some of the most important issues and concerns that these huge tech giants need to address.

CES 2020 starts January 7 at Las Vegas Convention Center, Nevada, and will go through January 10. Stay tuned for all the latest news and product announcements from the event.

OnePlus showcases its Concept One with Invisible Camera Tech
OnePlus Concept One FAQ: All You Need to Know!
[First Cut] Redmi Watch: A rather watch-ful debut
OnePlus 8T Concept Showcases Touchless Notifications and…
Handing your phone to a friend? Make sure they can use only…
Oppo X 2021: concept smartphone with a rollable display