Alongside Samsung, which announced an all-new Galaxy Chromebook at the ongoing Consumer Electronics Show in Las Vegas, another popular laptop manufacturer, Asus, has also unveiled its newest Chromebook, the Flip C436. Essentially, the Flip C436 expands the company’s existing portfolio of Chromebooks under the Flip lineup with a more premium experience. 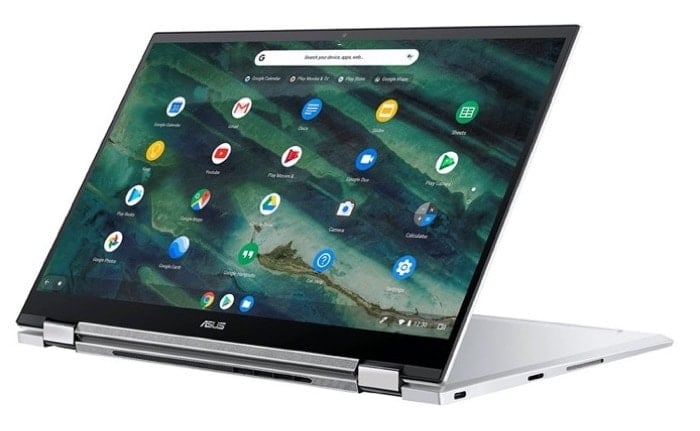 The Chromebook Flip C436 takes the convertible form factor approach with a frameless NanoEdge touch display that extends the display all the way to the edges to offer an immersive viewing experience. It features a lightweight, magnesium alloy chassis, which is 13.7mm thick and weighs in at 2.4lbs, making it an ideal choice for a portable on-the-go productivity machine. Towards the front, there is a 14-inch touchscreen display with an 85% screen-to-body ratio and Full HD (1920 x 1080) resolution. The laptop comes in two color options: iridescent Aerogel White that changes color when viewed at different angles and Transparent Silver.

At its core, the Chromebook Flip C436 is powered by the 10th-Gen Intel Core (likely an i7) processor with Intel UHD graphics, paired with up to 16GB of LPDDR3 RAM and up to a 512GB M.2 SSD storage. Similar to the Samsung Galaxy Chromebook, the Asus Chromebook Flip C436 is also verified by Intel’s Project Athena innovation program, which ensures if the machine is ideal for handling most day-to-day tasks easily on a regular basis. Further, there is a 42Wh battery to power everything, which, according to the company, offers up to 12 hours of runtime on a single charge. And certainly, since it’s a Chromebook, it runs on Chrome OS, out of the box. 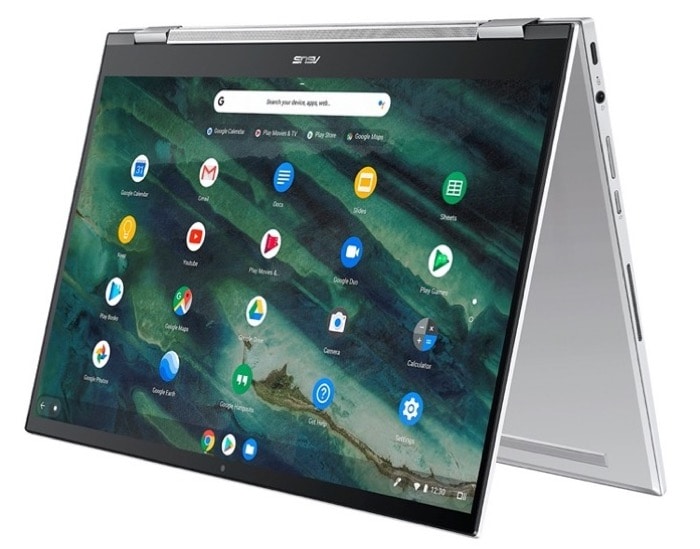 Asus is yet to announce the pricing for the Chromebook Flip C436. However, it does plan to sell the device in the first or second quarter of 2020. So it’s likely that we can expect the pricing to be announced sometime close to the launch.