The Acer Predator Triton 500 is a performance-oriented device from Acer with top-notch specifications! Equipped with the latest 12th generation Intel Core i7-12700H, an RTX 3070 Ti, and a 240Hz display, this laptop leaves nothing to be desired! We’ve tested the Acer Predator Triton 500 for a few weeks, and here are our experiences with the device.

Spoiler alert – we loved it! 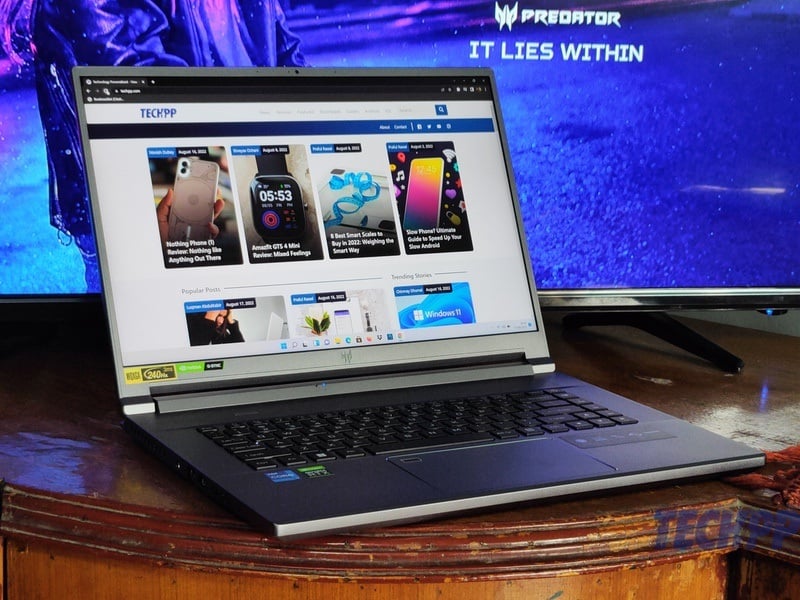 The Acer Predator Triton 500 comes in a metal unibody design with a dual-fan cooling system for the i7-12700H underneath. But what’s so special about this chipset? Is it not a normal flagship of the top class, the latest CPU from Intel, which obviously delivers what it promises? It’s actually much more than that!

This means that Intel’s new 12th generation Alder Lake CPUs are not only faster but also provide access to higher bandwidth that PCIe 5.0 memory devices can use. Support for DDR5 memory is also an added benefit for power users who expect the best memory in their system.

So far, only a select few AMD’s Ryzen CPUs support DDR5 memory. Intel is also ahead of the game when it comes to PCIe 5.0, as AMD’s Ryzen platform does not support PCIe 5.0 to date. But it will not be long before AMD includes both of these features in all of its processors. According to reports, AMD will launch its latest Zen 4-based Ryzen 7000 series processors in September.

How does Alder Lake compete against AMD Ryzen and Apple Silicon? 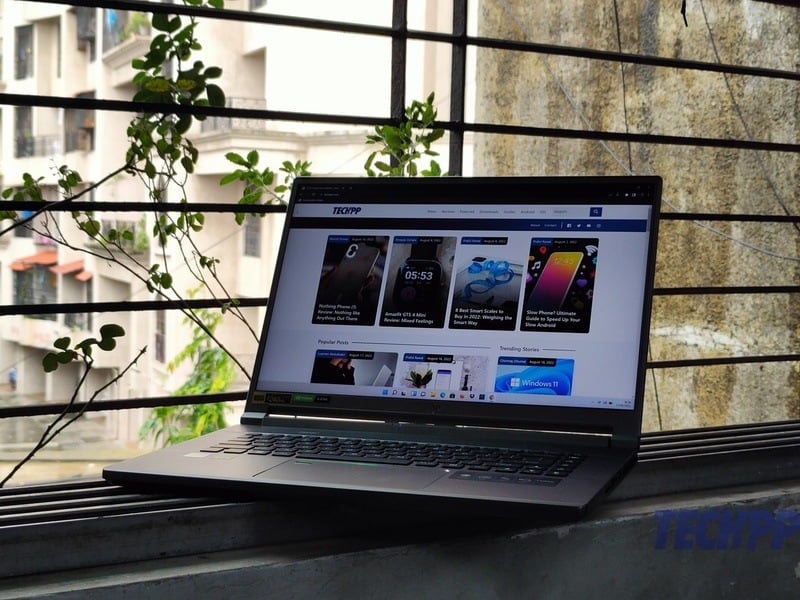 The segment where Intel has always had the edge over the competition is gaming. Here, Intel delivers slightly better gaming performance compared to AMD, with additional frames even when paired with the same GPU and a higher clock speed. That may still be true today, but AMD has managed to outperform Intel in two key areas with its 4000-series processors: Single-core and multi-core performance.

After learning from the mistakes of the 10th generation and being criticized by power users, Intel has managed to strike back with the 12th generation Alder Lake CPUs, which are faster than their current Ryzen counterparts. Not only AMD but also the i9-12900H has proven to be 25% faster than Apple’s M1 Max chipset when it comes to tasks like video rendering.

Intel’s 12th-generation CPUs have finally managed to outpace Ryzen in terms of computing power. Although AMD might strike back next year with its Zen 4 chips next year, Intel has done a good job so far. However, there is one segment where both Intel and AMD Ryzen had no answer to Apple Silicon – energy efficiency. All of Apple’s M-series chipsets, including the M1 Max and M1 Ultra, are at least 50% more energy efficient than Intel and AMD. 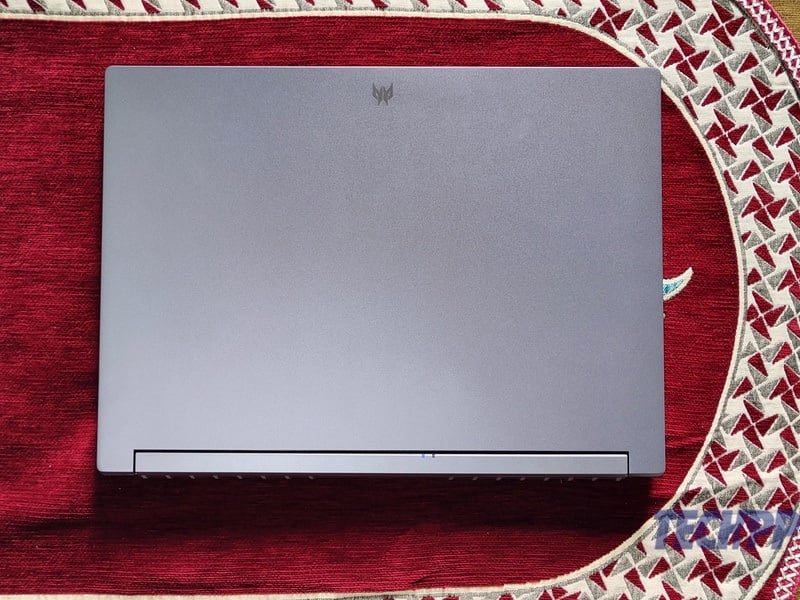 We tested the Acer Predator Triton 500 with the Intel Core i7-12700H paired with 32 GB RAM and an RTX 3070 Ti for a few weeks. After running some benchmarks and stress testing the notebook by editing 4K videos in Adobe Premiere Pro, we were quite impressed with the peak performance sustainability of the Triton 500.

Under normal use, the Triton 500 does not break a sweat and can easily handle up to 25-30 active Chrome tabs. We went further and streamed 8K videos on YouTube in multiple tabs simultaneously, which did not seem to bother the machine at all. Scrolling in the timeline during video editing in Adobe Premiere Pro was smooth. Even when the preview was set to 100%, the Triton 500 could handle everything with minimal fan speed. 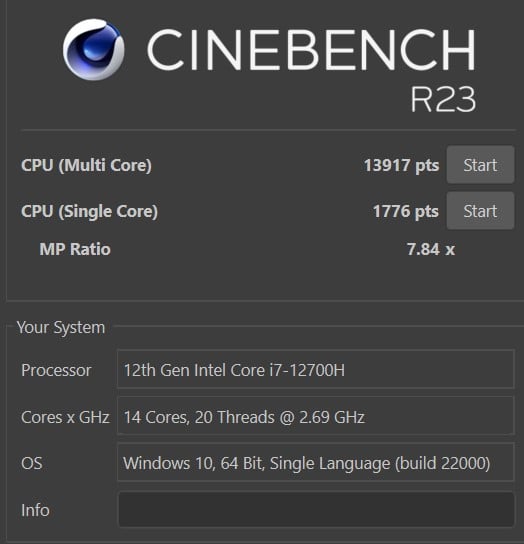 As soon as we started rendering the video, the fans got louder and made noise. But the laptop showed no signs of thermal throttling. The metal chassis and dual-fan design provided good airflow and kept the unit running at the best possible performance.

The Acer Predator Triton 500 has a Turbo Mode that can only be activated when the laptop is plugged in. But this Turbo Mode is so wild that the i7-12700H variant was able to keep up with the Cinebench results of the Zenbook 16 Duo’s i9-12900H here. 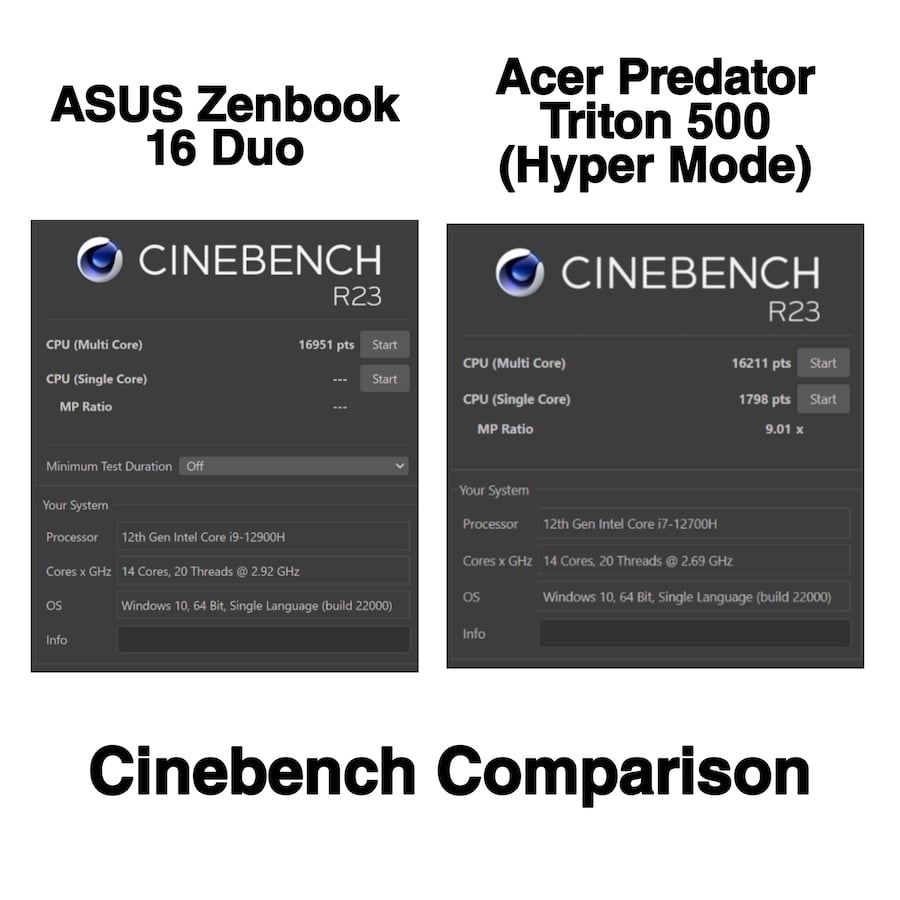 Even with the Turbo Mode, the chassis does not feel overheated and stays in a temperature range where it just feels warm. The only downside to this mode is that the unit needs to be plugged in, and the fans make a lot of noise. But if you ever need to get the extra performance out of your Acer Predator Triton 500, just plug it in and use Turbo Mode; it’s certainly worth it.

When it comes to PC gaming, the Triton 500 proves to be an excellent companion with its RTX 3070 Ti and 240Hz IPS screen. We played Valorant, CS:GO, and Fortnite and the Triton 500 managed 240fps even at high settings. The screen’s response time is also good, and we had no issues with input lag. However, the case does get warm in the armrest area after an hour of gaming. 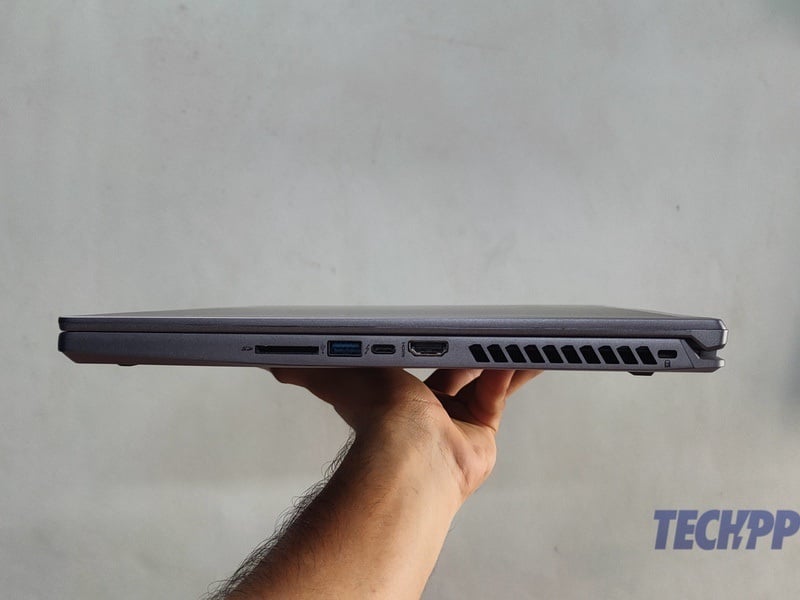 The Acer Predator Triton 500 is powered by a 99.98 WHr battery. On a full battery charge, the laptop lasts about 5 hours with regular use, which includes typing, video streaming, and editing 1080p videos for 30 minutes. The battery life is good, considering the nature of the device.

However, if you plan to use the device intensively, such as for video editing, 3D rendering, or as a portable gaming console, you should take your charger with you. When the battery is not connected, it will only last up to 1.5 hours if you demand peak performance from the device. 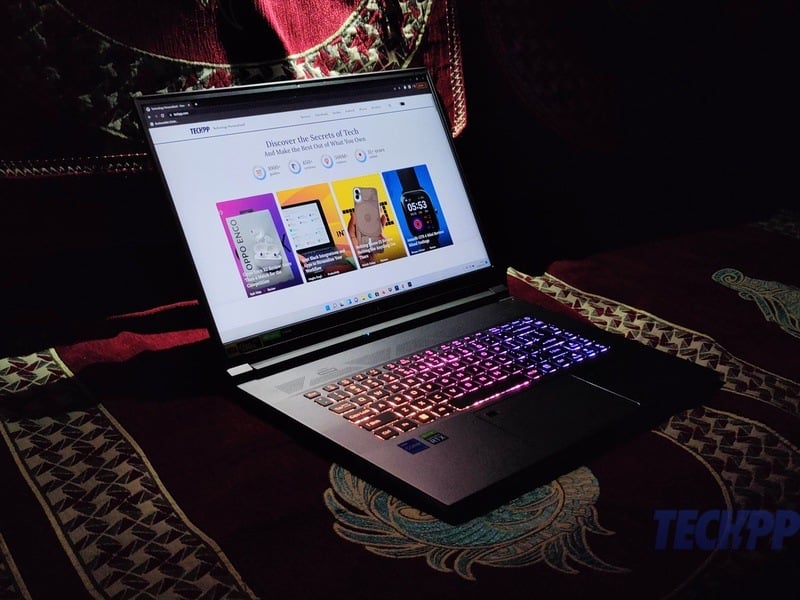 Intel’s 12th generation Alder Lake CPUs are indeed faster and much more efficient than the 11th and 10th Gen CPUs. The new fabrication is clearly reflected in the performance, and Intel has made a big statement with Alder Lake. The new chipsets are capable of leading the competition by beating AMD’s Ryzen counterparts in multi-core performance and even Apple’s M1 Max chipset. These new changes not only improve the top end of the Core-i9 and Core-i7 but also help with the lower-end Core-i5 and i3 models. Users of all price ranges can be happy about Alder Lake.

With the performance boost, the faster RAM and storage options, and the better thermal stability of the 12th generation Alder Lake CPUs, Intel has surely tightened its sleeves for the tough competition. Even though the competition from Ryzen and even Apple is not far away, it is safe to say that the CPU consumer PC market will not be saturated anytime soon.

Was this article helpful?
YesNo
TechPP is supported by our audience. We may earn affiliate commissions from buying links on this site.
Read Next
OnePlus Buds Pro 2 Review: Great buds for pro bros with OnePlus devices
#acer #Intel #laptops #review 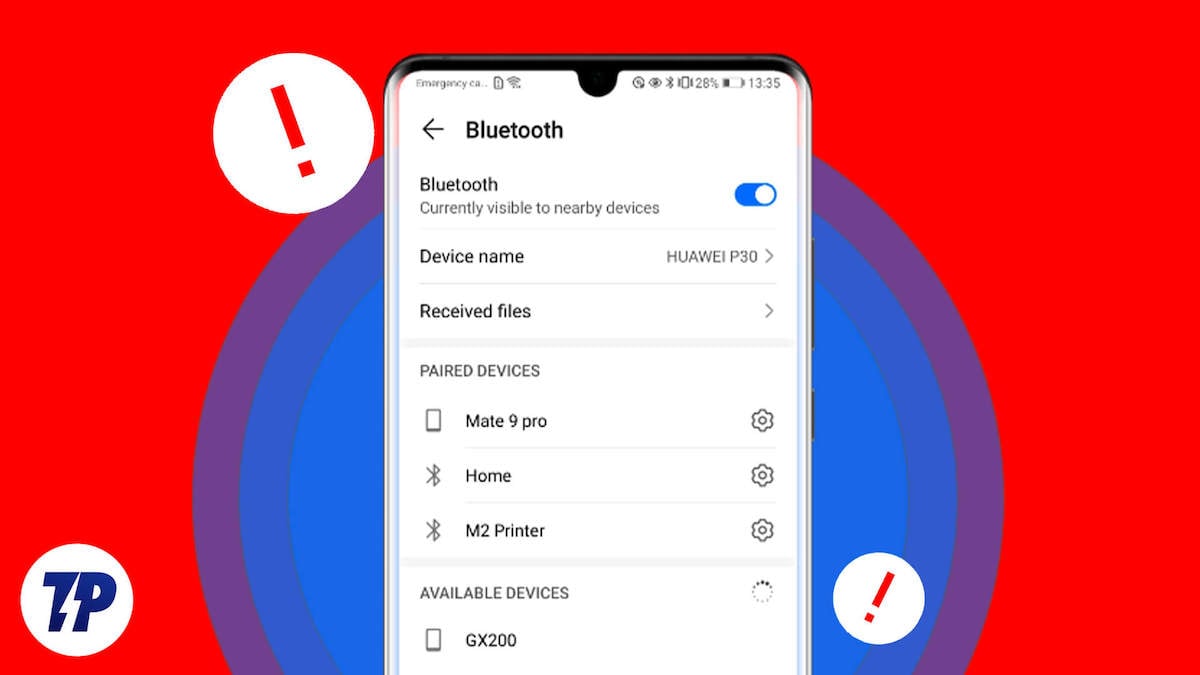