There is never a dull moment when you are following the developments in the second-biggest and the fastest-growing smartphone market in the world – India. It has become a hotbed for global smartphone companies who are trying to get the maximum out of the spec-hungry Indian consumers. From the fight for the first 5G smartphone to the first phone to support NavIC, some companies don’t want to miss any opportunity whatsoever to market their current and/or future offerings.

If you are not aware of NavIC, we have a detailed guide coming up soon but for now, what you need to know is it’s a GNSS (Global Navigation Satellite System) like GPS and GLONASS developed by ISRO and will primarily cover India and surrounding countries. With NavIC, consumers can expect more accurate location tracking and faster latching to satellites as compared to GPS and other navigation systems.

It all started with Xiaomi India head, Manu Kumar Jain, tweeting about the upcoming Redmi phone being the first to support ISRO’s NavIC navigation system. Realme India CEO, Madhav Seth joined the party and claimed that Realme X50 Pro 5G which was earlier this week already has support for NavIC. This resulted in a wild-goose chase for tech journalists (including ourselves) since Qualcomm never really mentioned about Snapdragon 865 having NavIC support.

Over the last 24 hours, we have had multiple calls with different stakeholders and have gotten more clarity about the whole situation. This post will try to answer most of the pertinent questions, if not all. 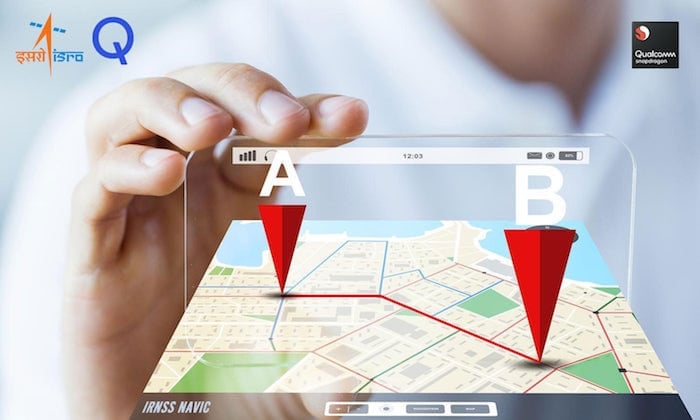 Do the Realme X50 Pro and Snapdragon 865 Have Support for NavIC?
Read More

2. Can you get NavIC support through a software update on older chipsets?

No. NavIC needs end-to-end support – from RF to antennas to hardware to software – in order to work. This, especially the hardware component, is only available in newer chipsets mentioned above.

3. If Snapdragon 865 already had support for NavIC why was it not announced during launch?

As per Sachin Kalantri, when Snapdragon 865 was announced, the NavIC software wasn’t ready yet but Qualcomm had enabled the hardware support thinking that, at some point in time, they can update the software to be NavIC compliant.

4. Does Snapdragon 865 (or other relevant Snapdragon chipsets) support both L5 and S bands?

GPS operates in L1 and L5 bands, while NavIC operates in L5 and S bands. SD 865, 765, 720G, 662 and 460 chipsets have support for L1 and L5 bands only. The S band is reserved for military use while L5 is meant for general consumers. So all the six satellites of NavIC will be available on L5 band and can be tracked with these chipsets.

5. Will apps like Google Maps be readily able to make use of NavIC on compatible smartphones as soon as they launch?

Yes. Location apps like Google Maps don’t need to make any special changes to make use of location data from NavIC.

6. What will be the advantage of NavIC for Indian users?

Thanks to NavIC, location tracking can be as accurate as <5 meters as compared to 30-50m on GPS. Also, latch-on time (locking time) to these satellites will be faster than ever before. "In terms of accuracy, we will see a noticeable difference when you are going through dense urban areas because that’s where the challenge of having more visible satellites is,” says Sachin.

7. Is Realme X50 Pro 5G the first phone to support NavIC in India?

This is a tricky question. While Snapdragon 865 is NavIC compatible, the full support for NavIC is coming to Snapdragon 865 phones only in April 2020 as per Qualcomm. So the race to be the first phone to support NavIC in India is still on. And it might still not be a Redmi!

Was this article helpful?
YesNo
TechPP is supported by our audience. We may earn affiliate commissions from buying links on this site.
Read Next
Snapdragon 782G vs Snapdragon 778G Plus: What Has Changed?
#FAQ #ISRO #NavIC #qualcomm #Sachin Kalantri