The current trend in smartphones has increasingly started focussing more on mobile gaming, with manufacturers beginning to up the ante with every iteration of their offerings. In recent years, we have come across brands that have slowly started to project gaming smartphones as a separate niche, and today, we have yet another gaming device. Called the Black Shark 3 and Black Shark 3 Pro, the two new smartphones come from their parent company, Xiaomi, and have just been launched in their home market, China. Both phones build upon the success of the Black Shark 2 and the Black Shark 2 Pro, announced last year, and suggest to deliver their best so far. Let’s dive in and check out both these devices in detail. 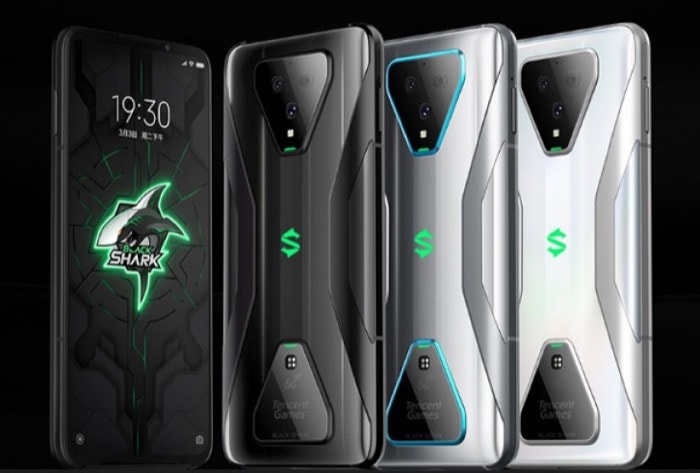 In terms of design, both the Black Shark 3 vanilla variant and the Pro variant feature a metal and glass design with the fourth-generation liquid cooling system. Towards the front, the regular Black Shark 3 comes with a 6.67-inch OLED display with FHD+ resolution, a 90Hz refresh rate, and a 270Hz touch sampling rate. On the other hand, the Pro gets a slightly bigger display, coming in at 7.1-inch with QHD+ resolution and the same 90Hz refresh rate and 270Hz touch sampling rate. The vanilla Black Shark 3 comes in three color options: Lightning Black, Armor Gray, and Star Silver. Whereas, the Pro variant offers two color options: Phantom Black and Armor Gray.

At its core, both devices come with the latest Snapdragon 865 processor with Adreno 650 GPU, which is the latest offering from Qualcomm, built on the 7nm manufacturing process. The processor is coupled with up to 12GB of RAM and up to 256GB of internal storage. And to power the internals, the phones include a 4720mAh and 5000mAh battery respectively, with support for 65W fast charging support, which the company suggests takes only 38 minutes to fully charge the battery. In addition, the phones also support 18W charging via a proprietary magnetic charging port that snaps on the back and offers juice while gaming. Besides, what’s event interesting with the new phones is that the cooling system has received a massive upgrade from its previous generation, and it now comes with two heat pipes, compared to one on the older phones, that promise to offer better cooling while gaming.

Among other changes, the Pro variant also gets better controls with its improved touch-sensitive air triggers from the previous generation being replaced with more advanced physical pop-up buttons to offer better tactility and feedback during gaming. The company says the buttons can easily last through over 300,000 pop-ups without any issues. Talking about other hardware specifications, both phones come with 5G connectivity (SA / NSA), dual 4G VoLTE, WiFi 802.11ax, and Bluetooth 5 connectivity. The devices run on Android 10 out of the box, and also include a 3.5mm audio jack, USB Type-C, front-facing stereo speakers, and an in-display fingerprint scanner for authentication.