Xiaomi’s sub-brand, Redmi, launched the Redmi K30 back in December last year, which came in both 4G and 5G variants. Soon after, the company teased the launch of another smartphone in the lineup, which hinted towards some of its key specifications. Today, via an online livestream, Redmi has announced a Pro sibling to the K30, the Redmi K30 Pro, in China. While their predecessors, the K20 and K20 Pro shared a similar design language (but with different specifications), the K30 and K30 Pro also differ in terms of design besides their internals. Let’s dive in and look out the new device in detail. 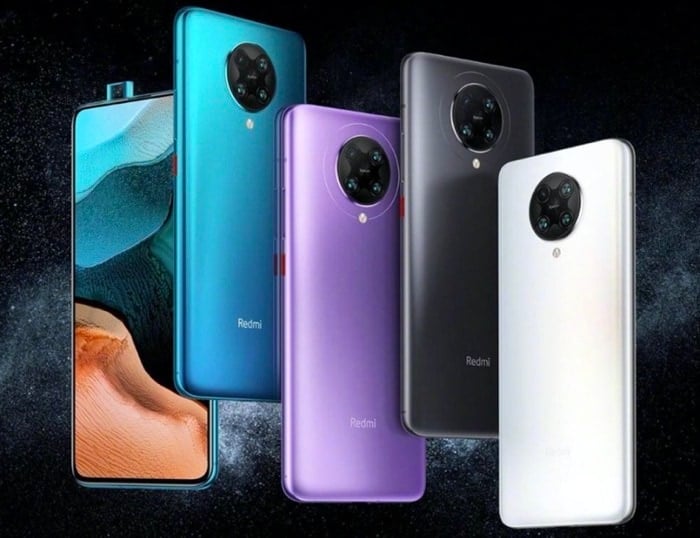 In terms of design, the K30 Pro comes with an all-glass body, but it takes a completely different design approach compared to the vanilla K30. For starters, there is no hole-punch cutout on the display to house the selfie camera, and the camera arrangement on the rear is completely redesigned. The front-camera now uses a motorized mechanism (or pop-up module) to offer a cleaner screen estate, similar to the K20 Pro. Towards the front, the device has a 6.67-inch FHD+ E3 AMOLED display with a 60Hz refresh rate, a 180Hz touch response rate, and HDR10+ support. Moreover, both the front and the back of the device come with Corning’s Gorilla Glass 5 protection on top. The K30 Pro offers four color options: Moonlight White, Sky Blue, Purple, and Space Grey.

At its core, the Redmi K30 Pro is powered by the Snapdragon 865 processor, which is the top-of-the-line chipset for flagship phones built on the 7nm manufacturing process that comes with improved AI performance and the X55 5G modem. Besides, there is an Adreno 650 GPU that promises up to 25% performance improvement over its predecessor. The phone comes with 6GB / 8GB of LPPDDR5 RAM and 128GB / 256GB of UFS 3.1 internal storage. To power the internals, the device includes a 4700mAh battery with 33W fast charging support, which suggests to fully charge the battery in around 60 minutes.

For connectivity, the K30 Pro offers support for 5G SA/NSA, dual 4G VoLTE, WiFi 6 (802.11ax), Bluetooth 5.1, and NFC for connectivity. Among other things, it comes with a 3.5mm audio jack, Hi-Res audio, USB Type-C, an in-display fingerprint scanner for authentication, Game Turbo 3.0, and a vapor-chamber to offer better cooling and prevent performance throttling. On the software front, the device runs on MIUI 11 based on Android 10 out of the box.

For optics, the K30 Pro sports a quad-camera setup on the rear, with a dual-LED flash. The setup includes a 64MP primary (Sony IMX686) sensor with f/1.69 aperture and EIS + OIS support, accompanied by a 13MP ultra-wide sensor with 123-degree FoV, a 5MP macro lens, and a 2MP depth sensor. The 64MP sensor also offers support for HEIF image format and 8K video recording. On the front, the device has a 20MP pop-up selfie camera that comes with a built-in custom fall protection spring to protect the mechanism during accidental drops.

Besides the regular K30 Pro, Redmi has also announced another variant for the device, the Redmi K30 Pro Zoom Edition, which, as its moniker suggests, comes with better zoom capabilities and replaces the 5MP macro lens on the regular K30 Pro with an 8MP sensor to offer up to 30X zoom. The K30 Pro Zoom Edition comes in two configurations: 8GB + 128GB and 8GB + 256GB, which are priced at CNY 3799 (~ USD 536) and CNY 3999 (~ USD 564), respectively.

Was this article helpful?
YesNo
TechPP is supported by our audience. We may earn affiliate commissions from buying links on this site.
Read Next
Redmi Pad Review: Just Buy It!
#Redmi #Redmi K30 Pro #Redmi K30 Pro Zoom Edition