Huawei announced its latest flagship for the year, the P40 series, last week, which includes the P40, P40 Pro, and P40 Pro Plus. And today, its sub-brand, Honor, took wraps off two new smartphones: the Honor 30S and the Honor Play 9A. Between the two, the Honor 30s is the latest mid-range offering from the company, which comes with 5G connectivity and the latest Kirin 820 SoC, while the Honor 9A is more of a budget smartphone powered by the Helio P35 SoC. Let’s have a closer look at the two devices. 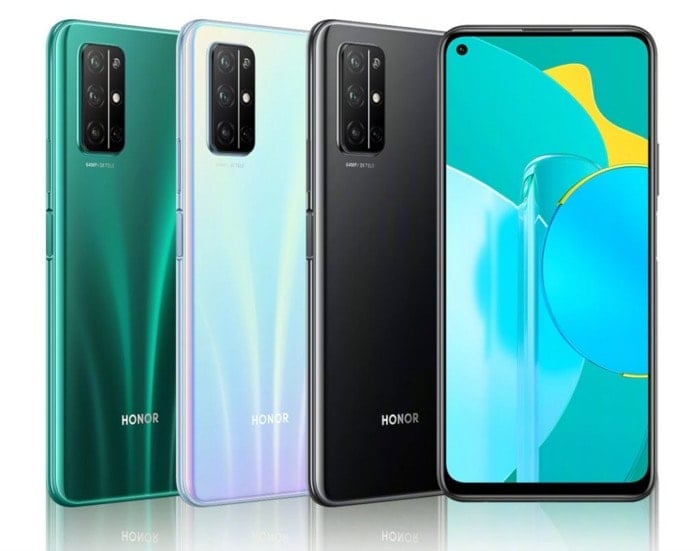 The Honor 30S features a 6.5-inch Full HD+ LCD panel with a 2.5D curved glass on top, a 90.3% screen-to-body ratio, and support for 96% NTSC color gamut. Right up front, there is a hole-punch cutout on the top-left to house the front-facing camera. The phone comes in three colorways: Black, Blue, and Green.

Talking about performance, the Honor 30S is powered by the latest Kirin 820 chipset from Huawei, which is an octa-core processor that includes the ARM Mali-G57MP6 GPU along with an NPU and 5G capabilities. The chipset is assisted with up to 8GB LPDDR4x RAM and 128GB / 256GB of onboard storage. To power the internals, there is a 4000mAh battery with 40W Super Fast charging, which the company suggests charges the battery up to 70% in 30 minutes. For connectivity, the device comes with support for 5G SA/NSA, dual 4G VoLTE, WiFi 802.11ac, and Bluetooth 5.1. Among other things, it includes a side-mounted fingerprint sensor for authentication, a USB Type-C port, and retains the 3.5mm audio jack.

On the software front, the phone runs on Magic UI 3.1.1 based on Android 10 out of the box.

The Honor Play 9A comes with a 6.3-inch HD+ display with a 20:9 aspect ratio. It includes a teardrop-style notch at the top for the front camera, and towards the rear, has a fingerprint scanner for authentication. The phone comes in three color options: Black, Green, and Blue. 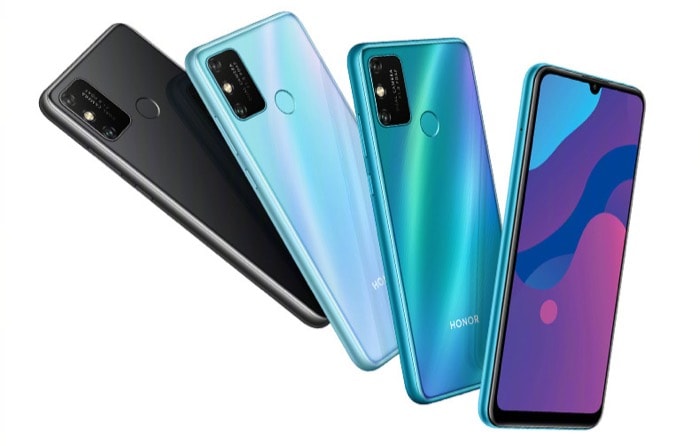 Under the hood, the Honor Play 9A has a MediaTek Helio P35 processor with PowerVR GE8320 GPU, which is an octa-core processor built on the 12nm manufacturing process. Alongside the chipset, there is 4GB of RAM and 64GB / 128GB of internal storage (expandable up to 512GB with microSD card). The device includes a massive 5000mAh battery to power the internals, and it runs on Magic UI 3.0.1 based on Android 10 out of the box.

For connectivity, there is support for dual 4G VoLTE, Wi-Fi 802.11 b/g/n, and Bluetooth 5.0. Besides, there is a rear-mounted fingerprint scanner for authentication and a micro USB port.

For optics, the Honor Play 9A comes with dual rear cameras, which include a 13MP primary sensor with f/1.8 aperture along with a 2MP depth sensor with f/2.4 aperture. Towards the front, there is an 8MP camera with an f/2.0 aperture.

Honor 30S and Honor Play 9A: Pricing and Availability

As for availability, the Honor Play 9A is already up for sale in China, whereas, the mid-ranger, the Honor 30S, is available for pre-order now, and will go on sale from April 7.