Xiaomi has just announced two new smartwatches, the Mi Kids Watch 4 and the Mi Kids Watch 4 Pro, under the Mi Ecosystem, which holds a range of products. The highlight of the watch is that it comes with two cameras, both on the front and the back, to allow kids to make video calls. Moreover, it also gets eSIM support that offers 4G VoLTE connectivity. Let’s check the two watches in detail. 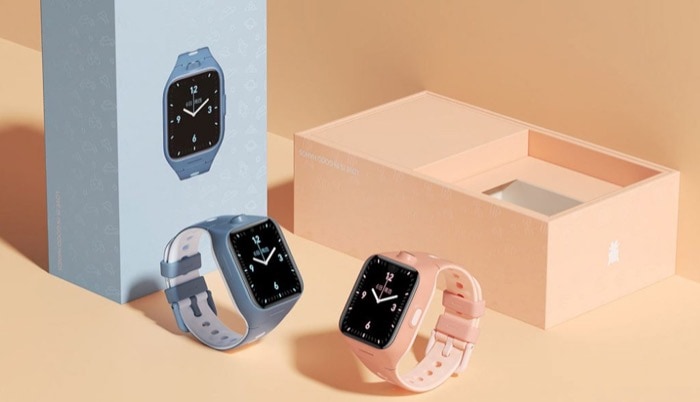 The Mi Kids Watch 4 features a swim-proof design with up to 20m of water resistance. Towards the front, it has a 1.78-inch AMOLED display that comes in at 326ppi pixel density and has Corning’s Gorilla Glass 3 protection on top. As already mentioned, it comes with eSIM support, which offers 4G VoLTE connectivity, to allow you to make calls directly on the watch. Besides, there is Wi-Fi 802.11 b/g/n, Bluetooth 4.2 LE, NFC, and GPS+GLONASS+BEIDOU support. The watch includes a 5MP rear camera and a 5MP front camera, and it also has a speaker and a microphone. There is a 920mAh battery to power the internals that promises up to 8 days of battery life. The Kids Watch 4 offers activity and sleep tracking and is compatible with Android 4.2 or later and iOS 8 or later.

Talking about the Kids Watch 4 Pro, the watch has the same 1.78-inch AMOLED display with 326ppi pixel density and Gorilla Glass 3 protection on top. It is powered by the Snapdragon Wear 2500 from Qualcomm and has 1GB of RAM and 8GB of eMMC storage. The watch includes a 920mAh, and it offers the same eSIM support as the regular model, which offers 4G VoLTE capabilities. Besides, it also comes with Wi-Fi 802.11 b/g/n, Bluetooth 4.2 LE, NFC, and GPS (L1 + L5) support. Similar to the regular Kids Watch 4, the Pro model also sports two cameras, along with. speaker and a microphone. However, the rear camera, in this case, is an 8MP with f/2.2 aperture, accompanied by a 5MP front shooter with f/2.4 aperture. The Mi Kids Watch 4 Pro offers activity and sleep tracking, and it is compatible with Android 4.2 or later and iOS 8 or later.