VPNs aren’t perfect: Here are some of the best VPN alternatives

In one of our previous posts, we established why VPNs aren’t the perfect solution for your privacy and anonymity on the internet. While some may argue that the whole idea of internet privacy/security is somewhat like a placebo effect, and that, compared to some other solutions out there, VPNs offer a more simplistic approach towards increasing your privacy, it is worth noting that, VPNs also have several complex intricacies and shortcomings. As a result of these shortcomings, VPNs can sometimes falter with the security and leave their users’ data (and privacy) compromised, rather than offering the benefits (and advantages) that they claim to offer. So, in this article, we list down some of the alternatives to VPNs based on different use-case scenarios to help you reduce your dependence on VPNs. 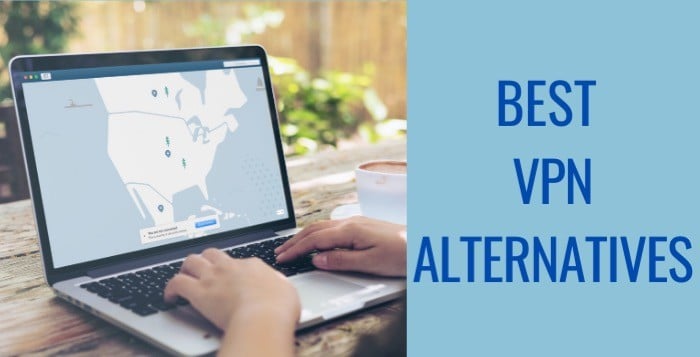 Before we list down these alternatives, let’s have a brief recap on why VPNs aren’t perfect, after all. To begin with, one of the major concerns with most VPN providers is the lack of transparency in their privacy policy. As has been seen on several occasions, a large number of VPN services either have some vague element or a missing clause in their policy that introduces ambiguity about the handling of personal user information. Not to mention, not following a true “no-log” policy and selling personal information to advertisers for revenue, which is another significant drawback.

Similarly, excessive use of marketing affirmations, that although hold true to a certain extent, could be misleading for those who are not well-read with the technology (in general) and are looking for a good VPN service. For instance, most of the VPN services suggest IP masking as one of the crucial elements for protecting personal identity; talk excessively about their traffic encryption promises; sell DNS-leak protection as some added feature, among other features.

Best Alternatives to a VPN

A DNS or Domain Name System is a protocol that translates domain names to their assigned IP (Internet Protocol) addresses. So, when you enter, say, xyz[dot]com, the DNS kicks in and resolves the domain name to its assigned IP address to return the result for your search query. In this case, the xyz website. By doing so, it eliminates the need for you to remember the IP address for a website, say, [192.168.1.1], and instead requires you to remember its domain name since it’s easier to memorize. 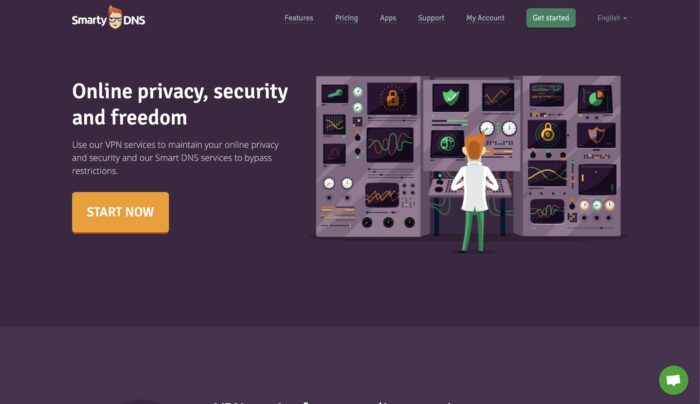 Coming back to Smart DNS, the service allows you to access the geo-restricted content on the internet by re-routing your request through a proxy server. For this, it replaces your ISP-assigned DNS address with the address of a new Smart DNS server. Since the service relies on a proxy server, it can basically be located in any part of the world and still allow you access to the content in any other region. Compared to a VPN, which hides your IP address to bypass geo-restrictions, Smart DNS works by masking your original DNS address.

Another major difference between the two services is related to internet speed, which in case of a VPN can noticeably drop and in some cases, come to a crawl. Whereas, with Smart DNS, there’s no such noticeable difference, which makes it an ideal tool to unblock geo-restricted content. While there are a few services that offer Smart DNS, Smarty DNS is one good option to check out. 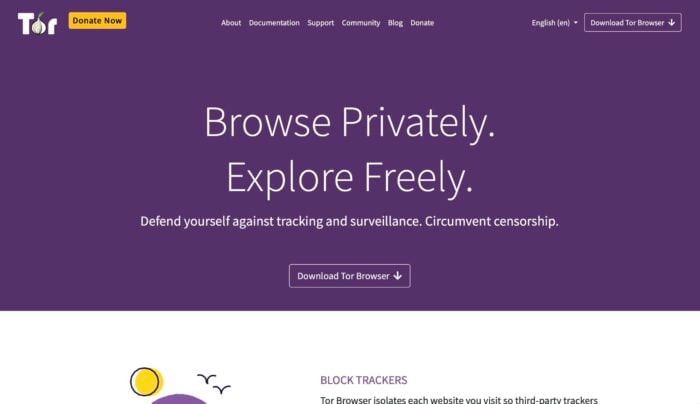 Tor or The Onion Router is an open-source service to offer anonymity on the internet. The word “onion” in the name is pretty much a giveaway. As, much like an onion, made of several layers, Tor also encapsulates the traffic with various layers of encryption in a similar manner, to offer increased security and anonymity (sort of). Its network comprises of volunteer-operated servers, which help redirect the entire traffic through a relay network that includes over seven thousand relays to transfer information over the public network.

In a nutshell, the servers on the Tor network act as nodes that help bounce the traffic from the sender to the receiver in an encrypted manner. For this, the service relies on the Onion Routing protocol to encrypt the information (data + header) while it makes its way from sender to receiver. In an ideal scenario, the traffic travels through three nodes: entry node, middle node, and exit node. By doing so, the exit node masquerades as the original source, which allows the user to stay anonymous. 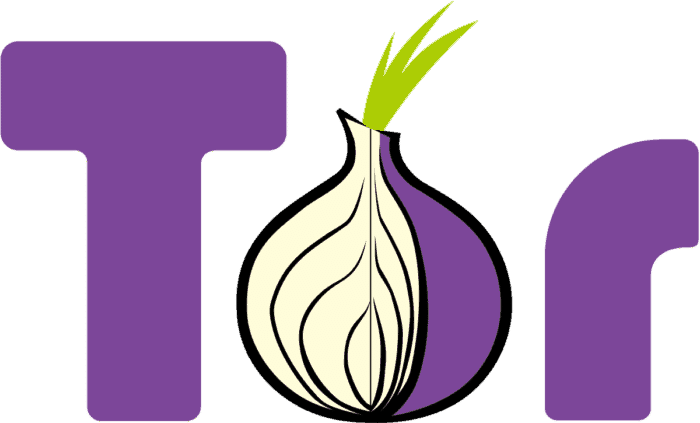 What is Tor and Should You Use it? [Explained]
Read More

Apart from offering privacy and anonymity over the internet, Tor can also be used to bypass internet lockdowns, unblock geo-restricted content from anywhere in the world, and protect your internet activity from the prying eyes of your ISP or advertisers. It is this additional set of functionality that makes Tor one of the best alternatives to VPNs.

Aside from Smart DNS — which is a basic utility to bypass geo-restrictions and Tor — a one-stop solution for privacy and anonymity, Lantern, on the other hand, is a simple application that promises fast and secure access to blocked apps and websites. The service suggests it is unique than some of the other solutions out there as it uses the fastest geo-optimized servers to offer faster browsing speeds that allow you to stream HD content instantaneously. To ensure you have a seamless streaming experience, it automatically switches techniques to bypass censorships and firewalls. 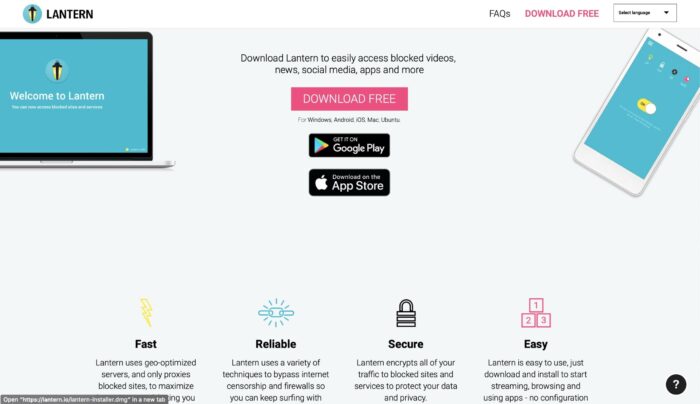 Talking about privacy, Lantern ensures your information stays safe on the internet by encrypting all your traffic as it passes through its servers. Furthermore, if you want to access a few other features, you can upgrade to Lantern Pro, which gives you access to a few additional benefits like less-crowded servers for even faster speeds, dynamic switching that automatically switches servers to continue offering a seamless and stable connection, unlimited data with no restrictions, and the ability to use up to three devices at once. However, unlike Tor, it does not offer anonymity on the internet. So if that’s something you are looking for, Tor is the way to go.

Those are some of the best VPN alternatives to help you protect your information on the internet. Using these services, you can perform several privacy-and-security oriented operations, such as prevent your ISP from tracking your online activities, bypass geo-restricted websites, and circumvent internet censorship.

However, at this point, it is worth noting that, while these services address some of the concerns that VPNs (as a complete solution) come with, they, or any other service, for that matter, cannot offer a complete foolproof solution against all the internet security and privacy concerns. And, therefore, it is the end-user, who has to take extra preventive measures while surfing the web and performing actions on the internet.

VPNs aren't perfect: Here's what you need to know
Skullcandy Jib+ Review: Some plus, some minus
If Apple is the master of hype, why aren't other brands…
Surfshark VPN: Ride the VPN wave like a boss
Looking for Free LastPass alternatives? Here are the Best…
[Appsolutely] Seeking those perfect pup shots? There’s an…