A new lineup targeting the Gen-Z!

Realme has today unveiled its latest Narzo series with the launch of two new smartphones, the Narzo 10 and Narzo 10A. While the initial announcement was slated to take place in March, the same had to be deferred a couple of times due to the lockdown imposed by the government to deal with the coronavirus (COVID-19) outbreak. With the Narzo series, Realme promises to offer Max performance in its segment and looks forward to targets the youth (or Generation-Z). Let’s check out what the two phones have to offer. 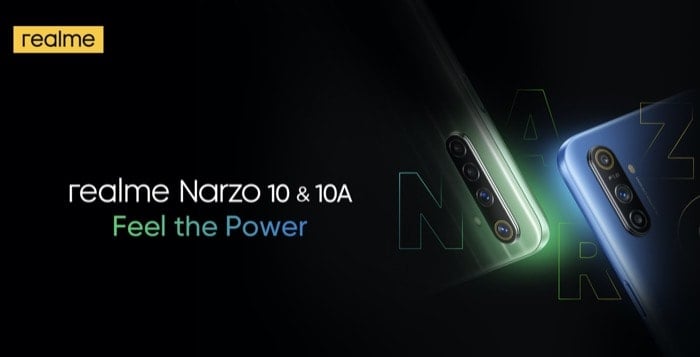 In terms of design, the Narzo 10 appears to follow the same design language as the Realme 6i — an affordable take on the Realme 6 — which comes with a plastic back with gradient finish and a unique painting pattern with vertical lines. Towards the front, there is a 6.5-inch HD+ mini-drop display with a 20:9 aspect ratio and Corning’s Gorilla Glass 3+ protection on top. The Narzo 10 comes in two colorways: That Green and That White. 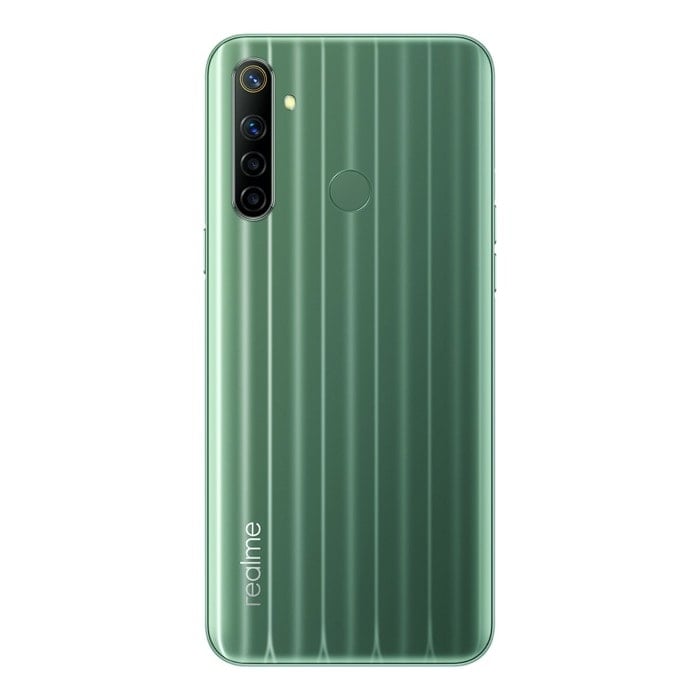 At its core, the Realme Narzo 10 runs on a MediaTek Helio G80, which is an octa-core processor built on the 12nm process, with Mali-G52 GPU. It comes with 4GB RAM and 128GB storage, expandable with a microSD card. To power the internals, the device has a massive 5000mAh battery with 18W fast charging and reverse wireless charging. For connectivity, there is support for dual 4G VoLTE, WiFi 802.11 b/g/n, and Bluetooth 5. Furthermore, the phone comes equipped with a 3.5mm audio jack, a USB Type-C port, and a rear-mounted fingerprint sensor for authentication.

In the camera department, the Narzo 10 sports a quad-camera setup on the rear, with an LED flash. The setup includes a 48MP primary sensor with f/1.8 aperture along with an 8MP 119° ultra-wide-angle sensor, a 2MP depth sensor with f/2.4 aperture, and a 2MP macro lens. On the front, there is a 16MP sensor with an f/2.0 aperture.

The Narzo 10A appears to be a toned-down version of the Narzo 10 and resembles the Realme C3 model that was launched in Indonesia. It comes with a radium logo texture with an anti-fingerprint, scratch-resistant, and splash-resistant design and has the same 6.5-inch HD+ mini-drop display with a 20:9 aspect ratio and an 89.8% screen-to-body ratio, as the Narzo 10. The Narzo 10A offers two color options: So Blue and So White. 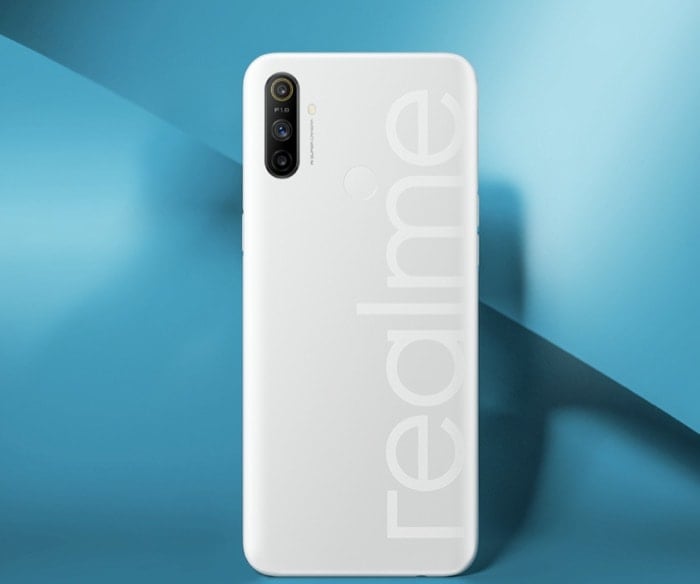 Under the hood, the Realme Narzo 10A runs on the MediaTek Helio G70 octa-core processor, built on the 12nm process, with ARM Mali-G52 GPU. The processor is assisted with 3GB RAM and 32GB storage, which can be expanded using a microSD card. Similar to the Narzo 10, the 10A also comes with a 5000mAh battery, but it offers support for 10W charging along with reverse wireless charging (using an OTG cable). As for other specifications, the device includes a 3.5mm audio jack, a micro-USB port, and a rear-mounted fingerprint scanner for authentication. Talking about connectivity it comes with dual 4G VoLTE, WiFi 802.11 b/g/n, and Bluetooth 5.

Realme Narzo 10 and 10A: Pricing and Availability