Xiaomi Mi 10 Review: The Premium Segment Gets its Redmi Note

That “big feature at a lower price” strategy

Let us address the elephant in the room at the very beginning:

It is not super affordable either. And well, the recent pricing of the iQOO 3 makes every Snapdragon 865 device in the country look expensive. But if you look at what the Mi 10 brings to the table, that price tag is not as over the top as it seems to some. 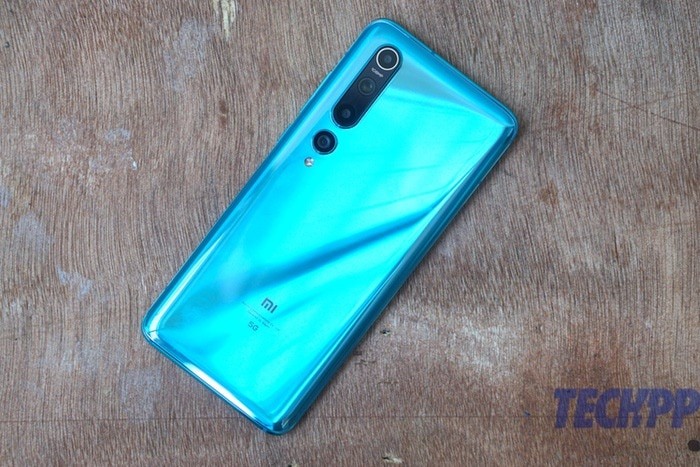 Looks predictable when switched off

To be brutally honest, the phone is not going to strike you as a premium device when you first clap eyes on it. The back is glassy, glossy, and shiny (we got the Coral Green variant), and the three-camera unit on the back in capsule shape seems very routine. The fourth camera below it with the flash is perhaps its most distinguishing feature in design terms. It is a tall phone at 165.3 mm in height and at 208 grams, it is on the heavier side too. The curve-y sides and back means it literally is a slippery customer. You can get more on the design in our first cut.

Switch it on, however, and suddenly the Mi 10 starts looking like a very different proposition. 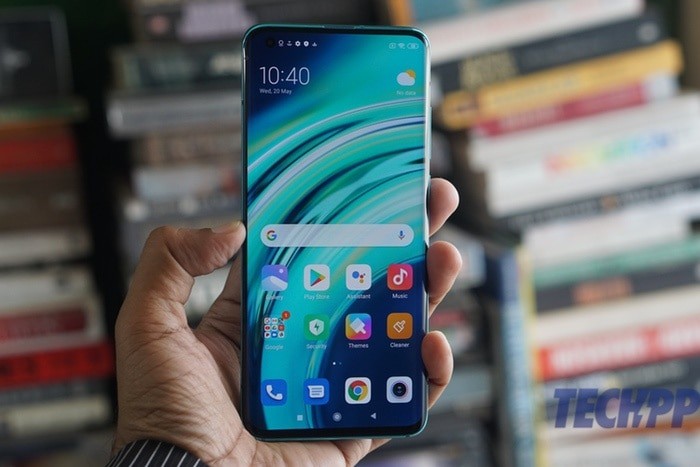 This difference is perhaps most evident in the two most basic functions of the device – sight and sound. The curved 6.67-inch Super AMOLED device has a Full HD+ resolution and a 90 Hz refresh rate, but it is its brightness and handling of colors that really stand out. This is one of those Samsung Galaxy Note-like displays, with colors literally popping out of it and great visibility even in bright sunlight.

Then there is sound, a component that is often ignored on most phones (ironic, eh?). The Mi 10 sports speakers on the top and on the base of the device, and they are of the same size as well. The result is arguably some of the best stereo sound we have got from a handset – it runs the iPhone 11 Pro very close indeed. There is no 3.5 mm audio jack, although its absence is now something we are getting used to.

And that combination makes it one of the best phones around for consuming content. If you love watching films and playing games on your handset, this is a terrific device for you – the tiny punch hole notch on the top left corner does not get in the way.

“I know what you’re thinking: “Should I shoot an 8K video or snap off a 108-megapixel image or go ultra-wide, shoot a macro or hang on, should I just stick to auto ?” Well, to tell you the truth, with all this camera excitement, you can lose track of what you want to do. But being this is a 108-megapixel sensor, the highest resolution camera ever seen on a smartphone, capable of capturing almost anything, you do not have to ask yourself one question: ‘Do I feel lucky?’ Well, do you, punk?” 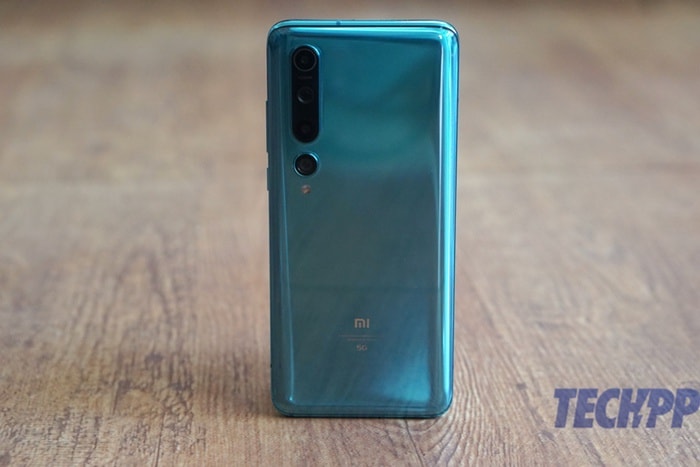 If he used a camera rather than a .44 Magnum for shooting, Dirty Harry would have loved the Mi 10 (by the way, you can listen to the original dialogue here). The 108-megapixel main sensor takes 27-megapixel images by default, and well, you are going to get a lot of detail in many of those snaps. In keeping with Xiaomi’s recent approach to photography, the colors tend to be more realistic and saturation levels are relatively normal. You are not going to see brilliant reds or startling blues here, but you are going to get stacks of detail from the main sensor (you can switch to 108 MP mode for even more).

Did we need all those cameras?

We got so much detail that we actually felt at times the other cameras seemed a little unnecessary. Yes, the 13-megapixel ultra-wide sensor did give us a wider perspective, but we just got so much more detail from the main sensor (even in low light) that we did not feel too tempted to use it. Similarly, if you handle the camera well enough, you get fantastic bokeh even without having to use portrait mode (for which there is a 2-megapixel sensor) and while the 2-megapixel macro sensor can give good close-ups, we always ended up getting far better colors by simply using the main sensor and cropping the image. 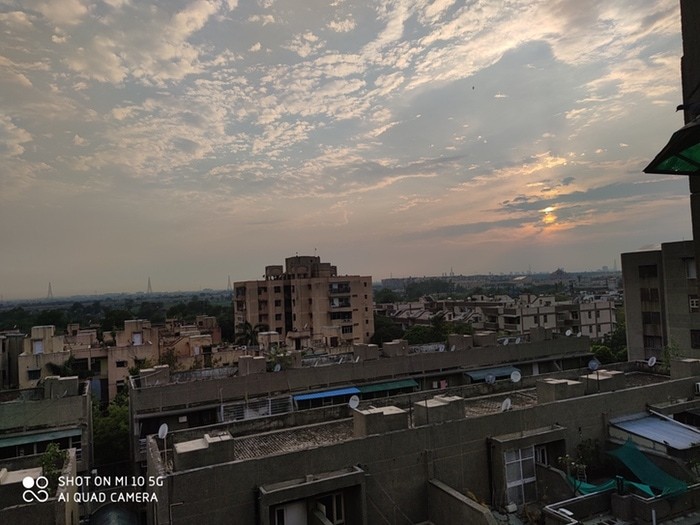 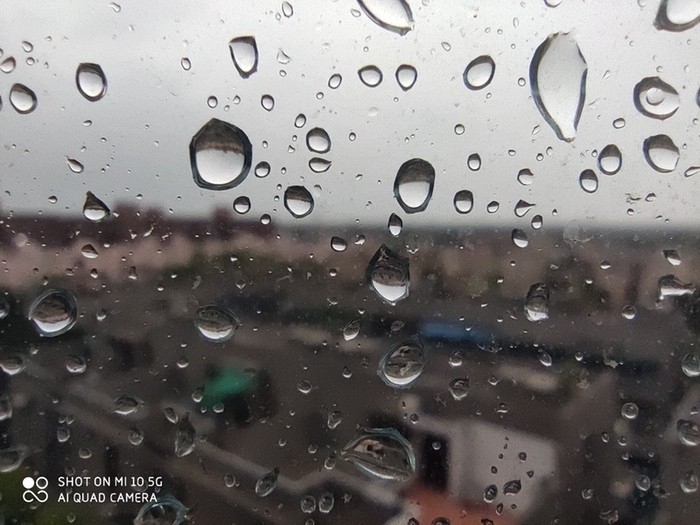 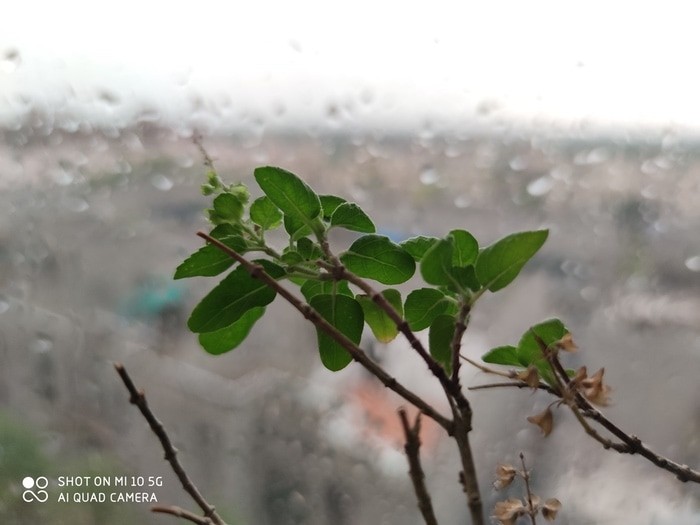 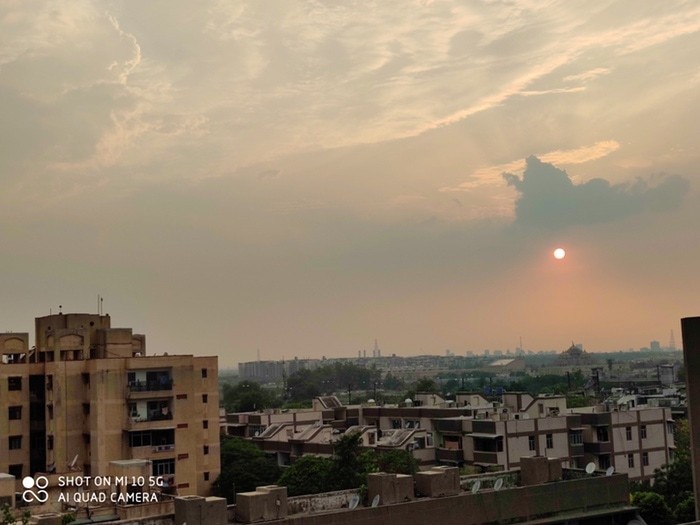 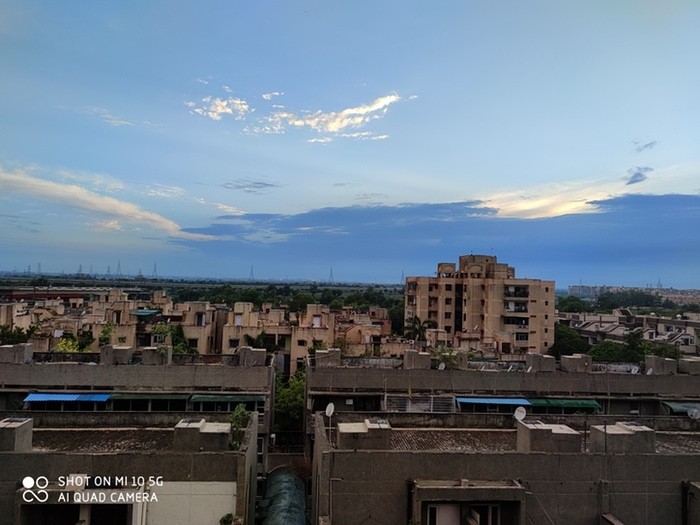 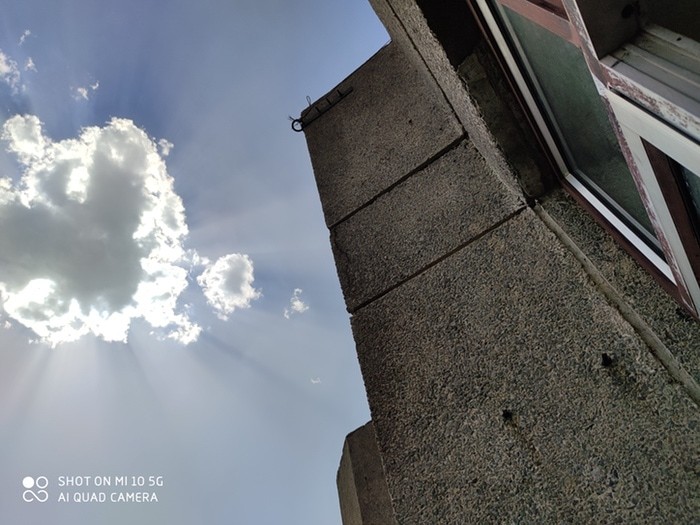 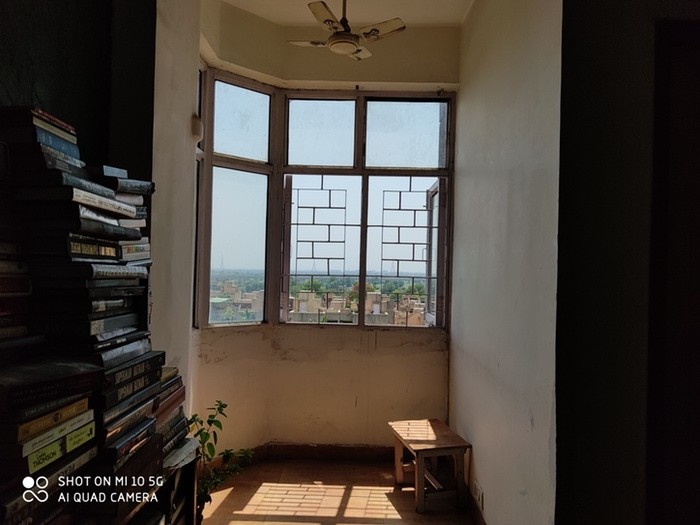 On the subject of cropping, the Mi 10 does not have a dedicated telephoto sensor, preferring to instead go with a 2x lossless and 10x digital zoom. Given the high resolution of the main sensor, one does not actually lose out too much. No, you do not get the sort of big digital zoom experience that the S20 Ultra and the Huawei P30 Pro delivered, but that main sensor does give you the option to capture a lot of detail and then just crop away what you do not want.

That big sensor also means you get the option to shoot 8K video (where you will see it, is another matter) and more practically some very good 4K and full HD videos. Video quality is very good and surprisingly so is the accompanying audio (shades of the LG V series) – the vlogging crowd will love it (there is a vlog mode). There are a number of shooting modes out there for both still and video photography (there are 8 classic movie filters), and that big display really comes in handy for editing on the move. 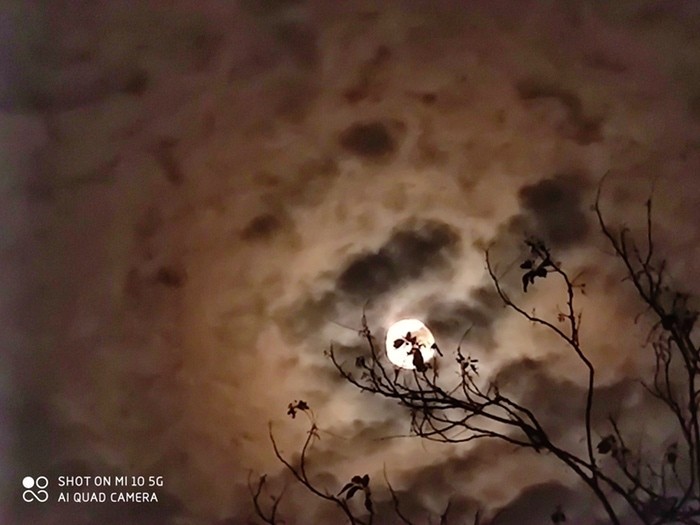 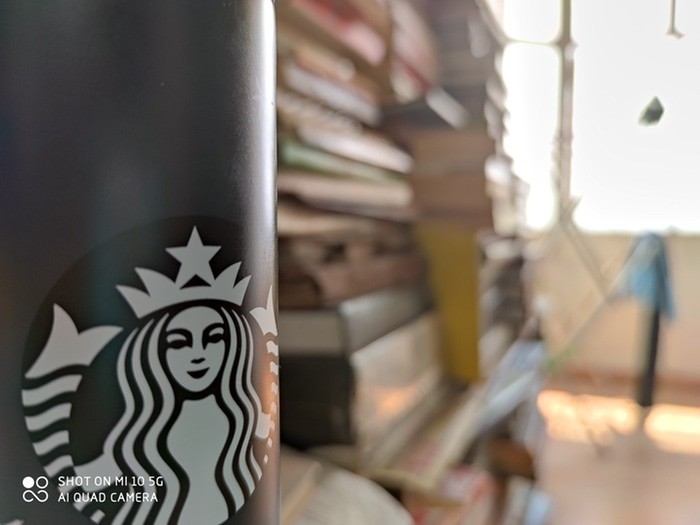 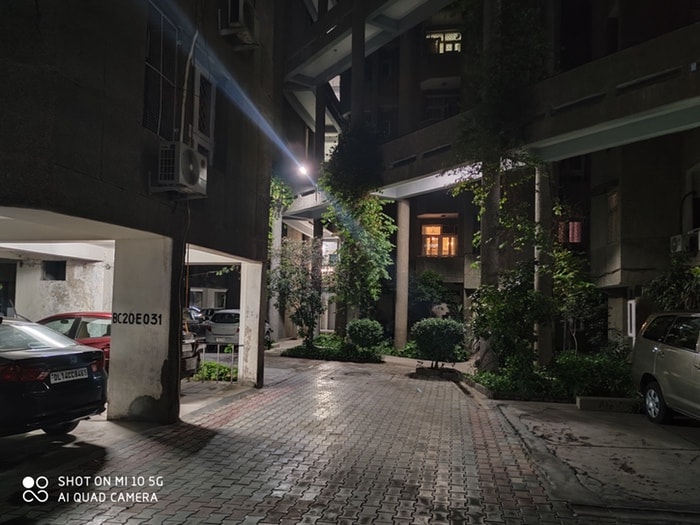 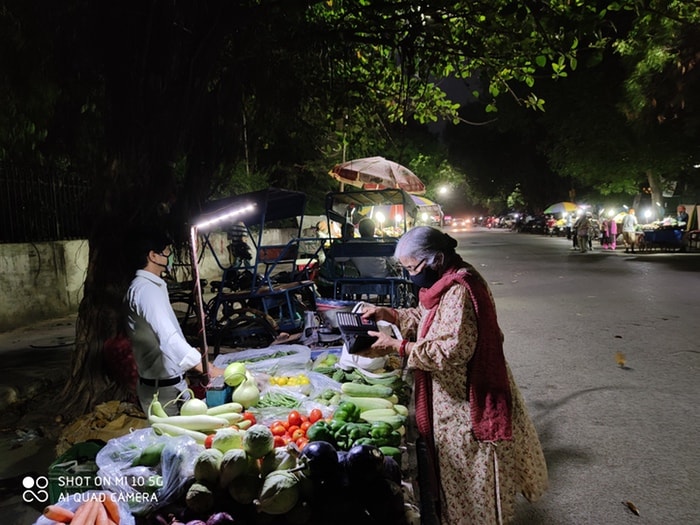 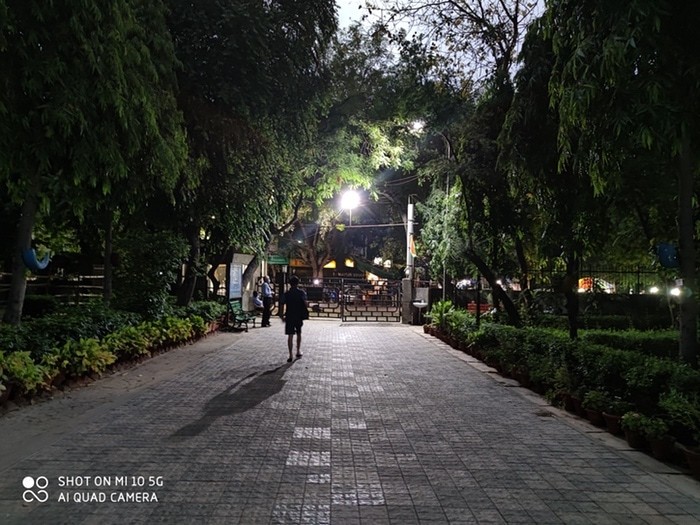 The 20-megapixel front-facing camera in the punch hole notch takes good selfies, although with a touch more saturation than the rear cameras, but we do not see too many people complaining.

Chip is great, ads are bad

Ensuring that all this runs very smoothly is the task of the Qualcomm Snapdragon 865 processor. This is considered to be the fastest processor in the Android world, and we encountered no lags whatsoever on our review unit, whether we were editing videos or playing Call of Duty. There is also 8 GB RAM onboard and storage options of 128 GB and 256 GB. There is no expandable memory, but with that capacity, we do not think you will miss it much – even though those 108 MP snaps and 8K videos can gobble up some serious storage bytes. The phone can heat up slightly if you are into high-end gaming or taking lots of pictures, but it is nothing alarming. 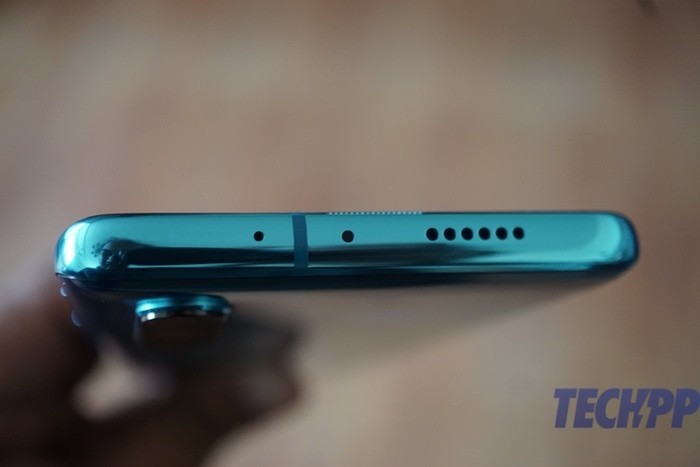 What some folks might be concerned about, however, is the continued presence of ads in the interface. No, they will not pop up if you do not use Xiaomi’s browser and video apps, and yes, you can turn them off from the settings, but they do get in the way of what is otherwise a very premium experience. We have always had a soft corner for MIUI and it runs superbly on the Mi 10. There are a few pre-installed apps including Facebook, Helo, Zii, and a few games, but we have seen worse on other devices. The ads can be annoying (some are downright weird), but the device runs smoothly.

The 4780 mAh battery ensures that the Mi 10 easily lasts a day of heavy use. We were shooting images and videos, playing games, and taking calls (audio and video) and we still had close to a third of the battery left when we went to bed. This incredibly impressive, and justifies the brand’s decision to not go with a quad HD resolution as it would have used too much battery. 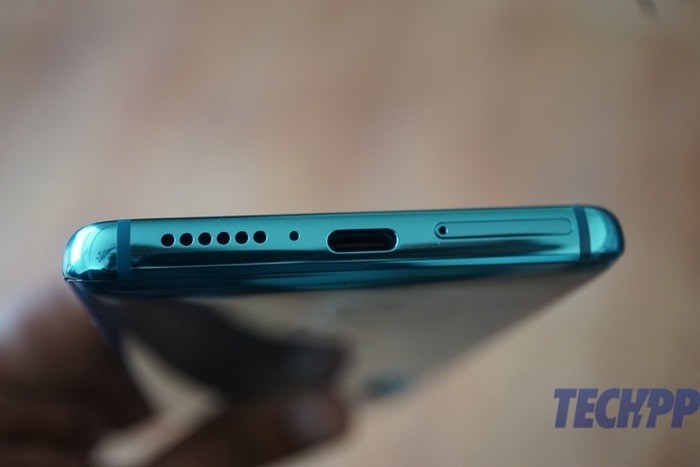 Just as impressive is the speed at which the phone charges. There is a 30W charger in the box, and it charges the phone in about an hour and a quarter. There’s more – the phone can be charged wirelessly at the same speed (getting a 30W charger could be an issue, although Xiaomi has one at Rs 2,299). There’s still more – the phone itself can charge other devices wirelessly at a decent 10W speed. In battery terms, this is simply one of the most versatile smartphones out there.

The Mi 10 comes with 5G, which is not yet available in India. It is great for those who want to jump on to the 5G train the moment it arrives, but right now, it is more of a spec thing.

Overpriced? The other 108 MP phones have waaaay higher prices 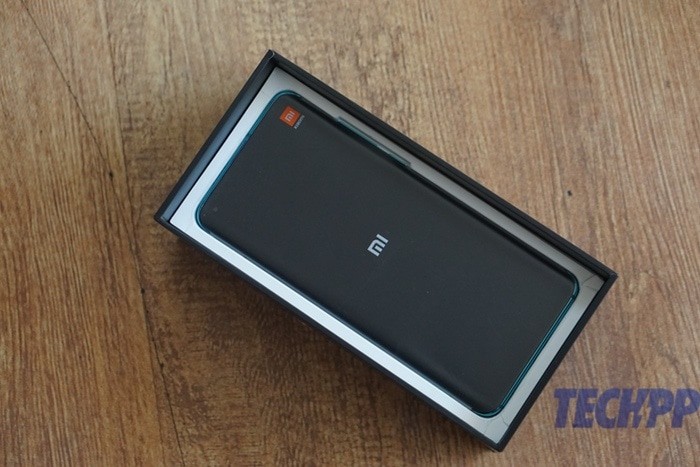 All of this takes us back to the question that we began this review with, mainly because there has been so much uproar over it – is the Mi 10 overpriced at its starting price of Rs 49,999 for the 8 GB/ 128 GB variant (the 8 GB/ 256 GB one is priced at Rs 54,999)? Well, considering that its display, its sound quality, its battery (and the way it charges), and its cameras are right up there with the best, we do not think so. Yes, there are other devices out there sporting Qualcomm 865 processors and even displays with 90 Hz refresh rates at comparative or lower prices, including the likes of the iQOO 3, the OnePlus 8 and 8 Pro, and the Realme X50 Pro, but that 108-megapixel camera does put the Mi 10 in a different territory.

Indeed, the only other 108-megapixel camera-toting phones out there are the Samsung Galaxy S20 Ultra, which in fact does have a more formidable overall camera array and the Motorola Edge+. But they play in much higher price segments – the Edge+ is priced at almost fifty percent more than the Mi 10, while the S20 Ultra is almost twice as expensive as the Mi 10. A price tag of almost Rs 50,000 might seem extravagant for those accustomed to Xiaomi’s pricing in India, but take a closer look at what it offers and you might actually realize that the phone makes a very good case for itself. 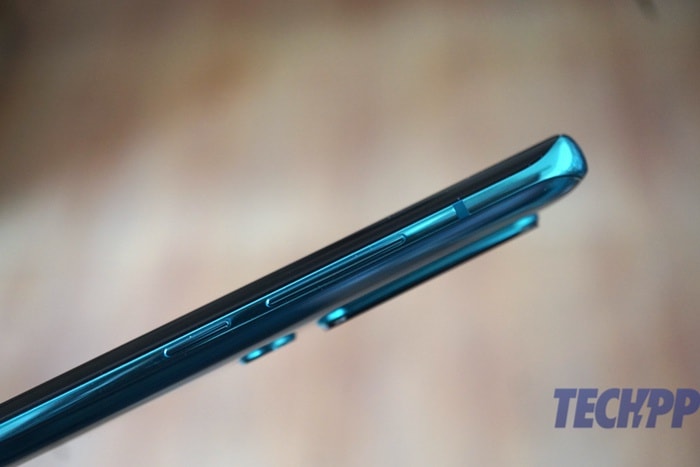 Indeed, in some ways, the Mi 10 reminds us of the Redmi Note series, which has made a habit of bringing features from a much higher price point to a relatively lower price segment. The Mi 10 does something very similar, as regards the 108-megapixel camera, while also delivering everything (and more) that you would expect in a flagship. Remember what the Redmi Note 7 did for the 48-megapixel camera? The Mi 10 is out to do the same for the 108-megapixel one and has thrown in some very flagship touches into the mix as well.

It is a heck of a formula. One that has worked for Xiaomi in the past. Will it work against the likes of the OnePlus 8 series, from the brand which has always been a stumbling block for Xiaomi in the higher-priced segment? Stay tuned for our comparisons.