Them MacBook Air on a Budget feels

Do I need to say anything else? 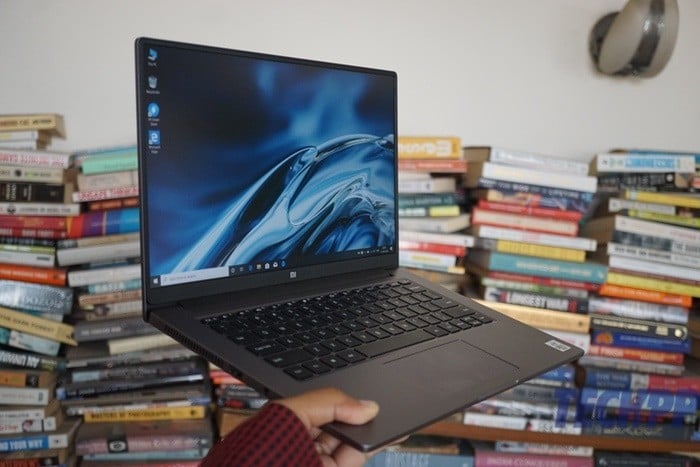 Six years ago, Xiaomi pretty much stunned the Indian smartphone market by launching the Mi 3, a device with Android flagships hardware at a price that was surprisingly low. “A Nexus 5 with a Moto G price,” is what some called it. The new Mi Notebook (Horizon Edition) brings a very similar formula to the Indian notebook market. It tries to go for a similar dream zone in notebooks – getting a MacBook Air running Windows (yes, go ahead and wince, but more people use Windows) at about half the price.

Xiaomi might be close to delivering just about that. 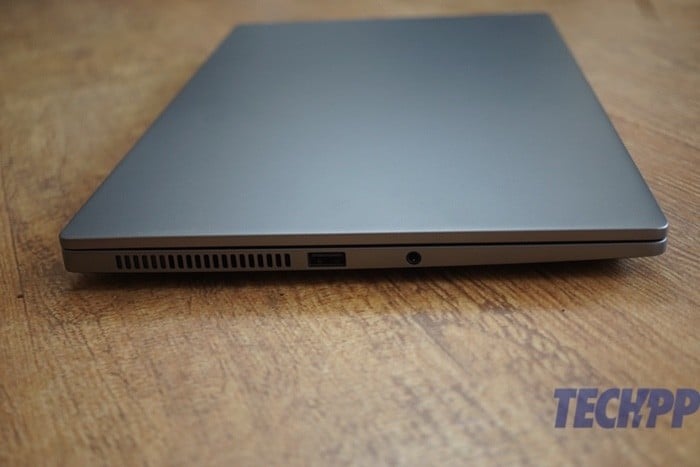 A design from the house of Stark

For while the specifications are indeed going to hog the center stage – and they should in this case (they are impressive) – what we really feel defines Xiaomi’s first notebook in India is its attempt to serve up that utopian dream for Windows notebook users. Yes, a MacBook Air running Windows, at a relatively affordable price (if you have the bucks, go get a Surface!). We have seen ultrabooks try to do so in the past, but they have tended to stumble in terms of pricing. 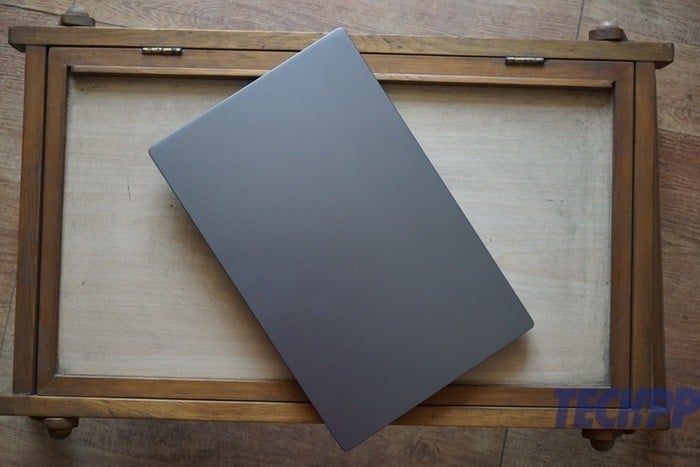 The Mi Notebook, however, gets a lot right in its endeavour. The design is something that could have struck a chord with a certain turtleneck-shirt-wearing gent up there – it is metallic grey and Spartan to the extent of not having any branding at all on the top. It is like a sheet of aluminum-magnesium alloy from the top. Some would find it too bare. It is incredibly compact for a notebook with a 14-inch display and like the Air, can slide into a paper envelope – it is just a tiny bit bigger and heavier than the 13.3-inch MacBook Air, but feels very solid indeed while being light enough to be carted around in one hand (1.35 kgs)!

We think it is delightfully stark – more Ned than Tony, though. It will stand out in a crowd because of that very absence of branding – ironic, eh?

A spec sheet that is not Air-y!

Flip open the Mi Notebook (you can do it with one hand and the hinges seem well built) and the similarities to the Air continue. The keyboard is in black against that grey frame, and while it is not backlit, the keys are the scissor-type with decent enough travel, and there is a reasonably sized trackpad (with palm rejection and gesture recognition) below it too. The 14-inch display, which Xiaomi calls a Horizon Display, misses out on a web camera (Xiaomi has bundled one that can easily slot on top of the notebook in the box!) but kills bezels in a manner that we have not seen in too many notebooks. It is not an insanely bright display but it is very good and well, a screen to body ratio of 91 percent tells you just how much of screen you have out there. Incidentally, that screen can be programmed to lock if you move too far away from it and can also be unlocked using a Mi Band. 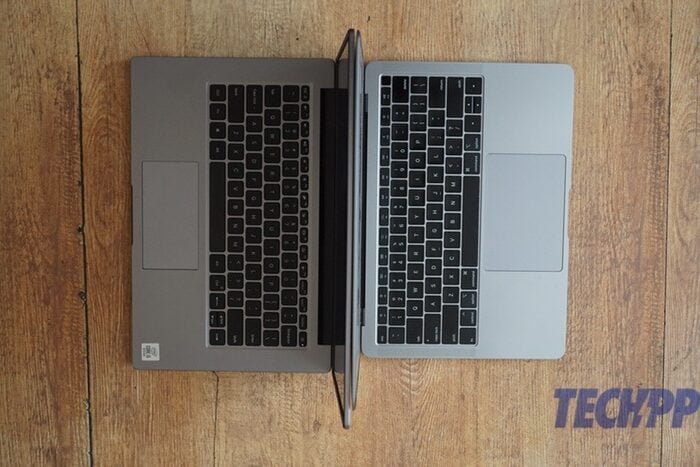 The hardware within is extremely impressive, of course. And even take it into a different zone from the Air, as it simply has much more processing muscle. It is NOT a gaming notebook, but hey, it can run Crysis (at least the Core i7 one can, from what we hear) and if that does not tell you something, nothing will. Making this possible are the Core i5 and Core i7 Comet Lake chips, depending on the variant you choose and the presence of a lot of RAM and an NVIDIA MX350 graphics card (the first notebook in India to feature this). The Mi Notebook is built for portability and working on the move, but if you wish to play games, you will get decent performance more often than not. And Xiaomi claims it is designed to stay cool enough too – there are vents on the base. 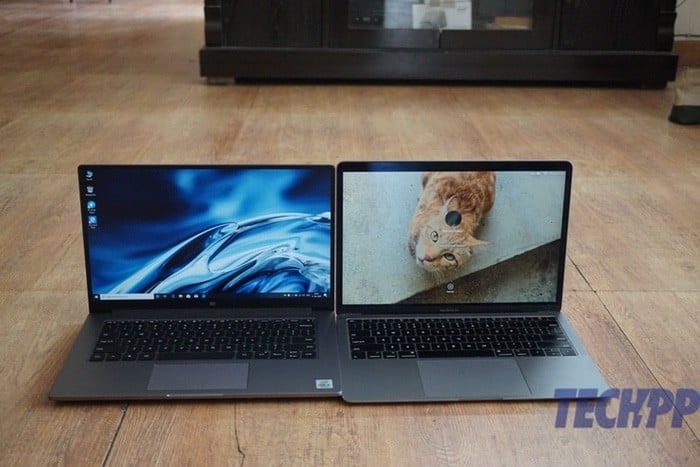 So it is slim, very trim, and rather powerful. It also ticks off the other notebook basics – you get three USB ports (two USB 3.1, one USB 2.1), a USB Type C port, an HDMI port, a 3.5 mm audio jack, and speakers with support for DTS. All with Windows 10 Home edition on top.

A final MacBook Air similarity – you get close to ten hours of battery life on a single charge. Mind you, you cannot charge it off the USB Type C port as the notebook has its own proprietary charger. But that charger will get the Mi Notebook’s battery from 0 to 50 percent in a little over half an hour.

The Air on a budget? Breathe! 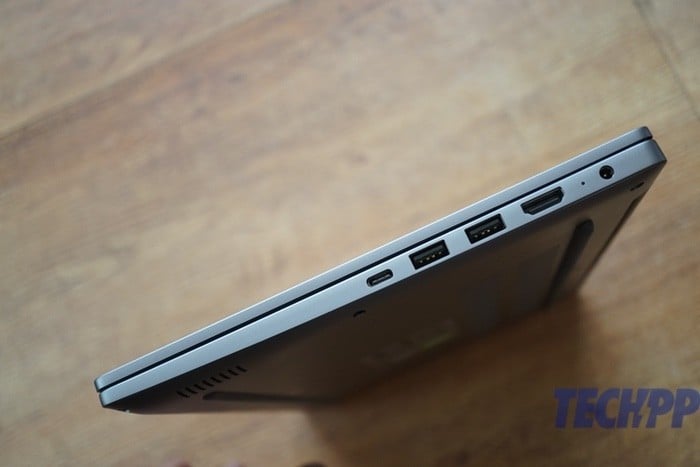 Of course, how all that translates into performance remains to be seen. As we have pointed out, the Mi Notebook is not exactly inch-perfect. The absence of a web camera on the device itself as well as there being no backlit or fingerprint scanner might ruffle some feathers. But that design and that price will sway a number of people. Yes, there is competition. Lenovo just released the IdeaPad Slim 3 range, which will have some models that will get into the zone of the Mi Notebook as far as processors go, but as an overall blend of sheer hardware and design muscle at a surprising price, the Mi Notebook is a breath of fresh air.

A breath of MacBook Air, actually.

We are inhaling. Deeply. Stay tuned for our detailed review for the results.