Let’s get one thing out the way at the very beginning: notwithstanding the name, what you really need to look at in the Realme X3 is what is being offered at that starting price of Rs 27,999. In case you missed it, you get a 6.6-inch full HD+ display with a 120 Hz refresh rate, powered by a Qualcomm Snapdragon 855+ processor with 8 GB RAM and 128 GB of storage (there’s a 12 GB/ 256 GB variant too), a quad-camera set up at the back with a 64-megapixel main sensor as well as a periscope lens with 5X optical zoom (with OIS), a macro and an ultrawide lens, a 32 and 8-megapixel selfie camera set up, a 4200 mAh battery with a 30W charger with support for really fast charging, and Android 10! 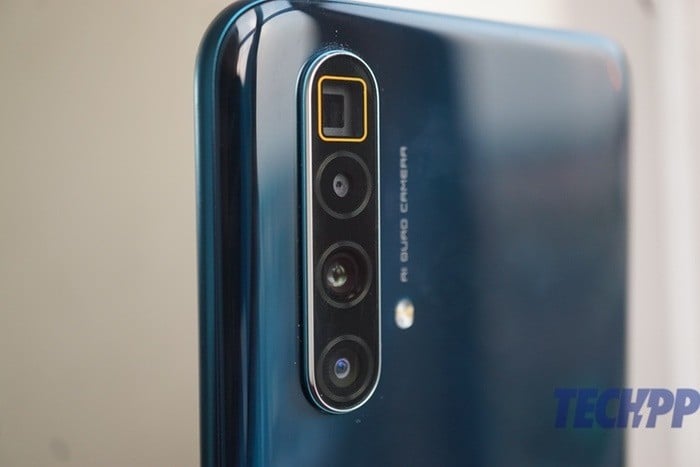 Right. Digest that. And take our word for it, nothing really comes close to it at this price, not even its own SuperZoom-less sibling (which loses out on OIS and other camera muscle).

And that in our books is what makes the Realme X3 SuperZoom special. Yes, we know that there will be a lot of talk about the Superzoom – it can go up to 60X digital zoom – and the special Starry Mode (which lets you take pictures of stars at night), but take it from us, do not go by the Superzoom in the name. This phone is all about delivering staggering value for not too many bucks. 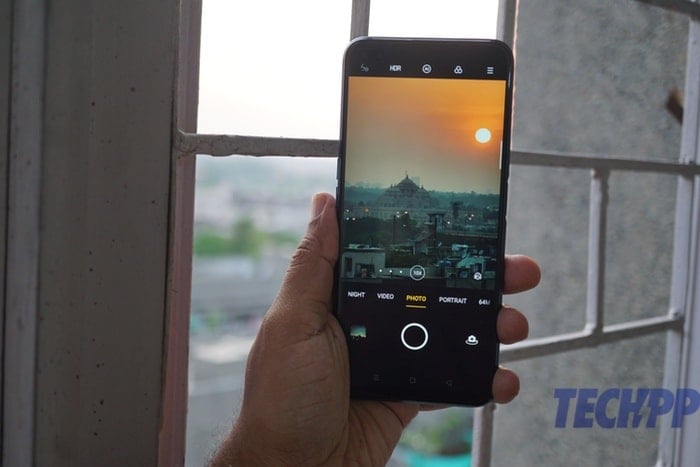 It is not as if the cameras are not important. Yes, they are. In fact, that periscope lens offers very decent 5X optical zoom, which is excellent in a phone (we have been stuck between 2x and 3x and all sorts of blends of hybrid zoom), and OIS at this price point is rare. Basically, the four cameras at the back tick all the boxes – macro, zoom, ultra-wide, and of course, lots of megapixels. And going by Realme’s track record in cameras, the performance is likely to be very good indeed. That 64-megapixel main GW1 sensor from Samsung is a bit on the older side but has turned in some very good performances in the past.

Just do not get too carried away by that SuperZoom terminology. It is early days, but the zoom gets a little muddy beyond 20x, and judging by what we have seen from other brands (with perhaps the exception of Huawei), digital zoom can be a little slippery and pixellating. The Starry Mode seems kind of cool but it requires a tripod, clear skies (we do not have the latter at the moment) and you need to leave the phone mounted on the tripod and pointing at the sky for about five minutes. We will be looking at it in more detail in our reviews (given clear skies!!), but hey, even the 5X optical zoom with OIS makes this one of the most versatile camera phones around. And we totally love the dual selfie camera arrangement, as it generally results in better snaps.

…but that hardware is impressive 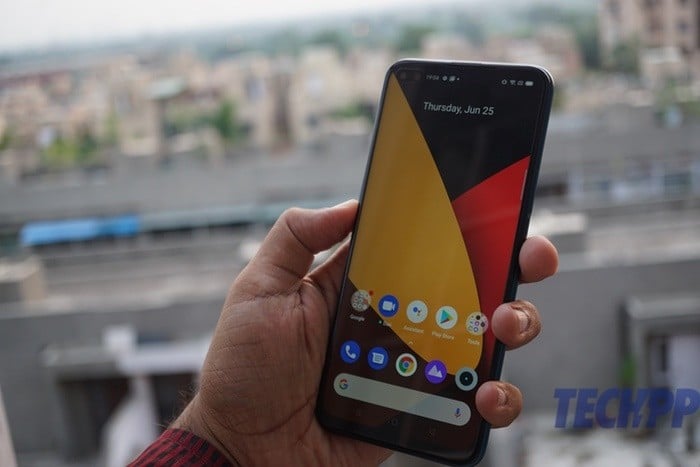 There’s enough hardware muscle in the X3 SuperZoom to drive all the image processing that those sensors will do. And well, those specs are going to be good enough on paper to handle everything you throw at the phone – the Snapdragon 855+ is just a notch below the current flagship favorite, the 865, and is still turning in a sterling performance on our OnePlus 7T (yes, a comparison will be coming up soon). And if that 120 Hz refresh rate drains the battery, Flash Charge will get it from nothing to full in under an hour.

A play it safe design

Which brings us to the design of the phone, which we have left for last. That is because Realme for some reason seems to leave their most innovative and radical designs for its mid and lower segment devices. Barring the Master Editions of the Realme X2 Pro, the more expensive devices of the brand tend to follow predictable lines. And the Realme X3 SuperZoom sticks to this format. The front is all display with minimal bezels with a dual punch hole notch in the top left corner, and the back is glass with a lovely finish that makes patterns appear depending on the angle of the light that falls on it. The cameras are in a capsule-shaped unit on the top left side of the back and jut out a little, while the Realme logo is placed in a conventional vertical position, unlike the rather huge logos on the Narzo range or the horizontal positioning on the X2 Pro. 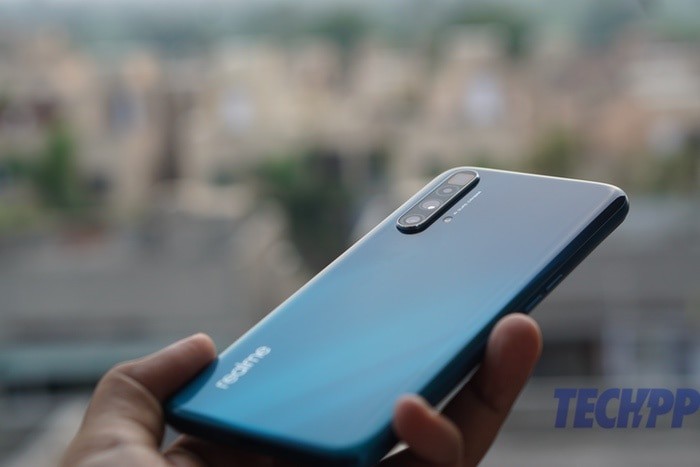 At 163.8 mm, this is a tall phone and at 202 grams, a bit on the heavier side, although the weight seems reasonably well distributed. It is a good looking phone, but it does not really stand out from the crowd like the OnePlus 8 does. Some people are complaining about the absence of an AMOLED display at this price point but we so far like what we see, and are, as always, delighted to find the fingerprint scanner on the side of the phone, doubling up as a power/display button – these work a whole lot faster than those in-display ones. As for the absence of 5G, well, it does not bother us, because the network itself does not exist or even show signs of appearing shortly in India.

Could this be THE budget flagship? 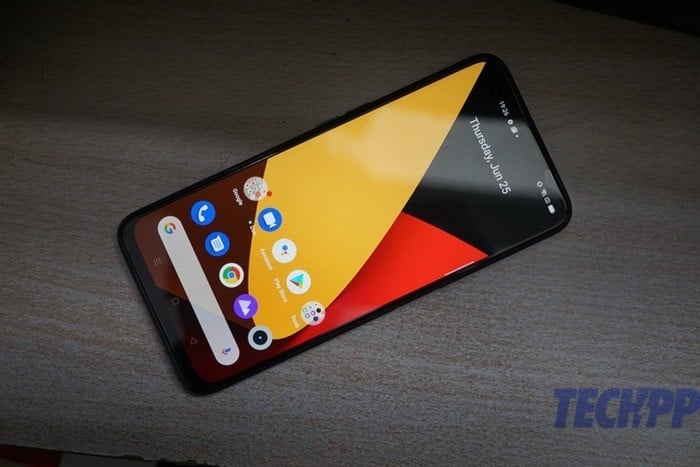 It looks good if a little predictable and it talks about its SuperZoom, but take it from us, at Rs 27,999, the Realme X3 SuperZoom is about much more than snapping the Milky Way. In terms of sheer value for money for the hardware on offer, this could be THE budget flagship. A potential headache for the likes of the OnePlus 7T, the iQOO 3, its own Realme X2 Pro and Realme X50 Pro and maybe even the OnePlus 8, given its claim to camera prowess. To find out how well it does, stay tuned for our review.

Was this article helpful?
YesNo
TechPP is supported by our audience. We may earn affiliate commissions from buying links on this site.
Read Next
Realme 10 Pro+ 5G Review: Good Phone, But the Camera Could Be Better
#First Cut #First Impressions #hands on #Realme #Realme X3 SuperZoom #Realme X3 Zoom