OnePlus 7T Review: The T-junction of the 7 and the 7 Pro

Specs of one, price of the other

It has become one of the tech traditions of the year – OnePlus will release a device in each half of the year, with the latter coming with a T suffix. 2019 is no different. Except that it is. This time OnePlus released two, and not one, device in the first half – the OnePlus 7 and OnePlus 7 Pro. And now comes the T edition – the OnePlus 7T. Actually even as this is being finished, the OnePlus 7T Pro also has been released but that is another story (and we are working on it!). On paper, the OnePlus 7T is very much an upgrade of the OnePlus 7. But it is its proximity to its Pro cousins that is making news (read our thoughts on it here). 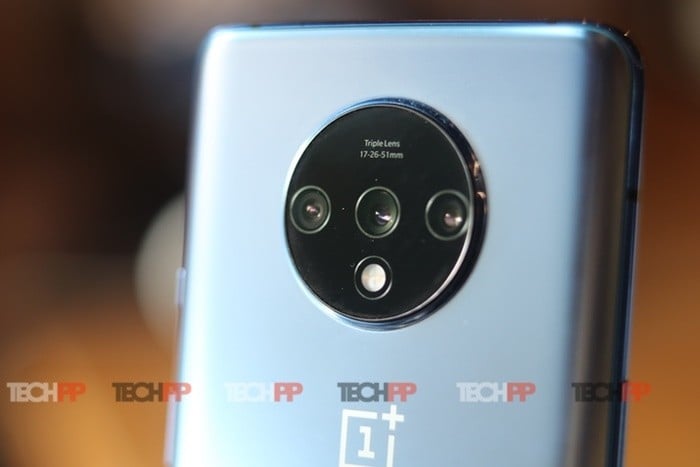 Change is in the air…front and back…

And that is because, in terms of sheer change, the 7T is perhaps the most radical upgrade we gave seen in a OnePlus T edition. Unlike in the past, where change was largely limited to a better processor, the odd camera tweak and a change of location of the fingerprint sensor, OnePlus has thrown a fair bit at the OnePlus 7T. So much so that one could almost call it an overhaul of the OnePlus 7 rather than an upgrade. 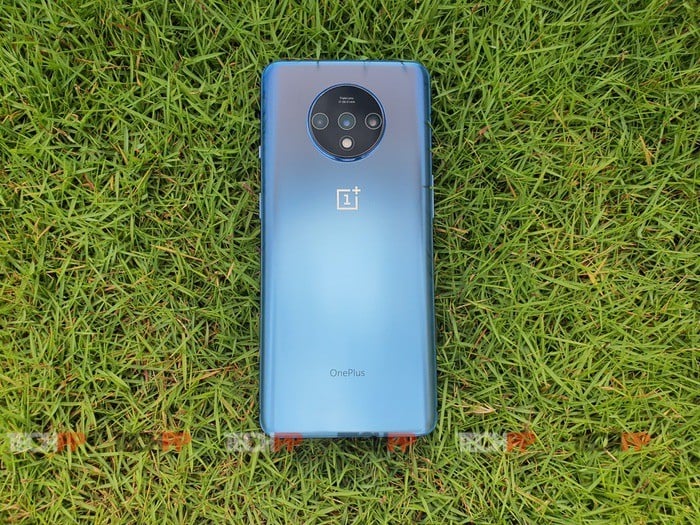 It begins with the design itself. While it does not follow the OnePlus 7 Pro’s curved and tapering over the edges display, the OnePlus 7T gets a matte glass back of its own. It does not look as richly classy as the one on the OnePlus 7 Pro – the Glacier Blue variant we got almost looked grey from some angles – but it is a massive step ahead of the rather plain OnePlus 7 in design terms. And then, of course, there is the Motorola-like camera containing sphere on the back, which gives the phone a completely distinct appearance. The opinion will be divided on just how good or bad it looks, but it definitely makes the phone stand out in the crowd.

…and on the insides as well

The hardware too has been given a thorough working over. Perhaps the most eye-catching change – literally – is the display. OnePlus says it has used a superior AMOLED panel for it and that’s not all, the display is bigger at 6.55 inches as compared to the 6.41 one on the OnePlus 7 and well, the biggest enhancement of all is the fact that it too comes with a 90 Hz refresh rate as the one on its Pro brothers. In fact, OnePlus has said that all its smartphones henceforth will come with displays with 90 Hz refresh rate. 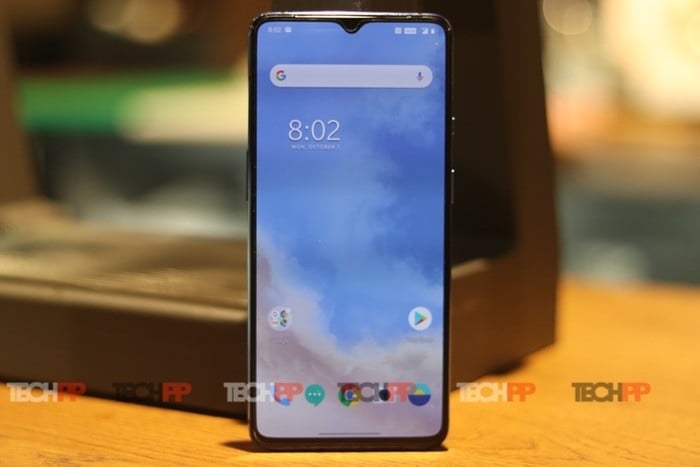 Another massive hardware bump up to the OnePlus 7T comes in the camera department. The main sensor remains the 48-megapixel Sony IMX586 but whereas the 7 had only come with a depth sensor, the 7T gets two more shooters, a 12-megapixel telephoto sensor (as compared to the 8-megapixel ones on the 7T and 7T Pro) and a 16-megapixel ultra-wide one. Of these, the main sensor comes with optical image stabilization (OIS) and what’s more, the camera set up also has a new super macro mode, which lets you take pictures from as close as 2.5 centimeters – something that we are told was made possible by the inclusion of a small motorized component (which is why the feature will not be coming to the 7 Pro or the 7, although it is available on the 7T Pro). But while the telephoto lens has a higher megapixel count than on the other OnePlus devices launched this year, it does not have OIS and interestingly also has a lower optical zoom (2X, as compared to 3X on the Pro devices). The front camera incidentally, is the same 16-megapixel affair that we have seen in OnePlus devices this year, although, in the 7T, it is lodged in a notch on the display and not on a pop-up unit. 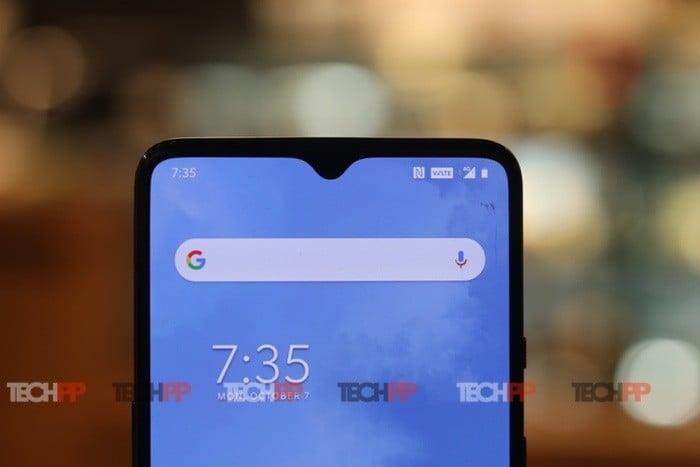 Topping off the hardware updates is a slightly larger battery – 3800 mAh- and the addition of Warp Charge 30T, which now charges the phone up even faster than Warp Charge 30. All this with Oxygen UI right on top of Android 10 – the OnePlus 7T is the first phone to come with Android 10 out of the box!

And them upgrades sure deliver!

With that hardware muscle, it is hardly surprising that the OnePlus 7T is a smooth performer, whether tackling PUBG and Shadowgun or dealing with multiple apps, messaging services and social networks or working with dozens of open tabs in Chrome. 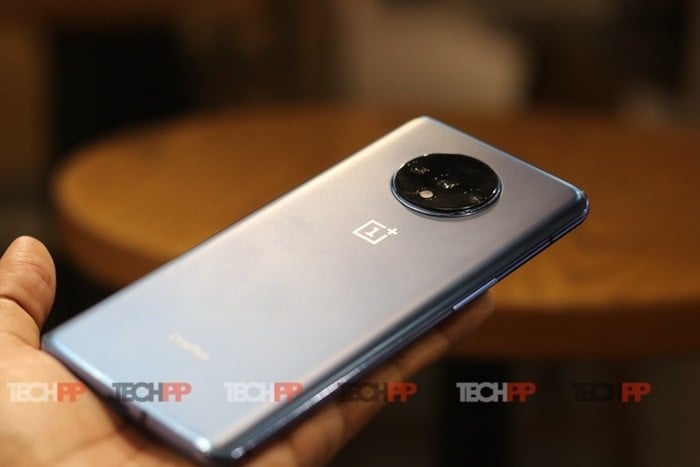 The most notable improvement, however, comes in terms of cameras. While the OnePlus 7 was just about a decent performer in good light conditions, the 7T slips right alongside the OnePlus 7 Pro in terms of image quality and detail. In fact, right out of the box, it is far more consistent and less erratic than the cameras we had seen on the OnePlus 7 Pro (we are trying out the 7T Pro even as this is being written). That said, there is still room for improvement. Details were generally decent, but colors seemed a little exaggerated at times, especially in the much talked about Nightscape mode. Nightscape itself seemed a little over the top at times in terms of making low light snaps look brighter (we thought it played up colors a little too much), and as time passed, we found ourselves sticking increasingly to the normal mode, which was more than adequate for most needs. Telephoto is a little hit and miss as well, but the super macro implementation is the best we have seen on a phone and certainly miles ahead of those two-megapixel dedicated macro sensors we have seen on others. We actually got some stunning close-ups, although keeping the device steady was a bit of a challenge at times. 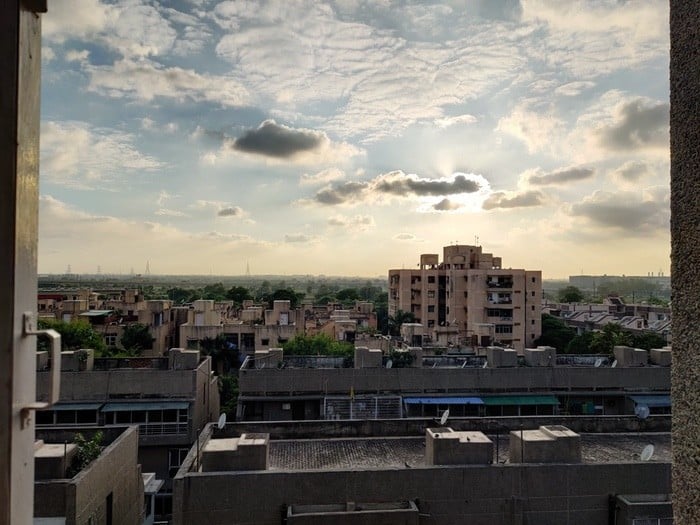 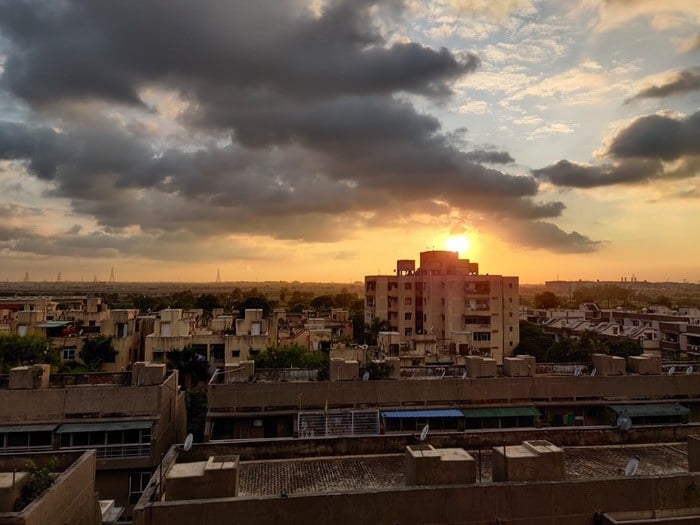 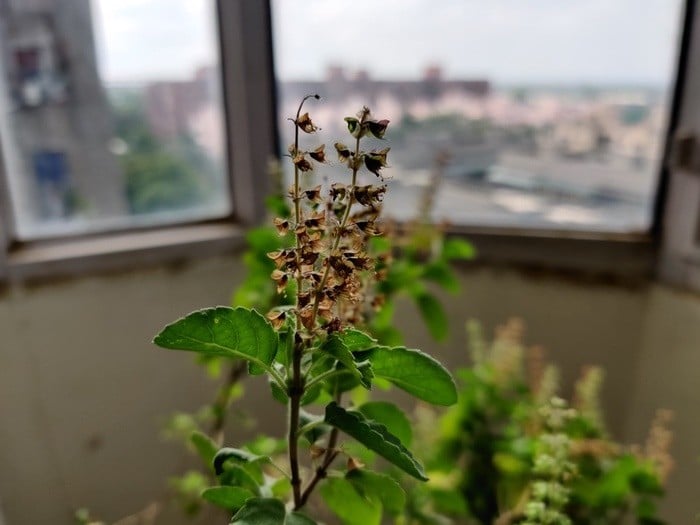 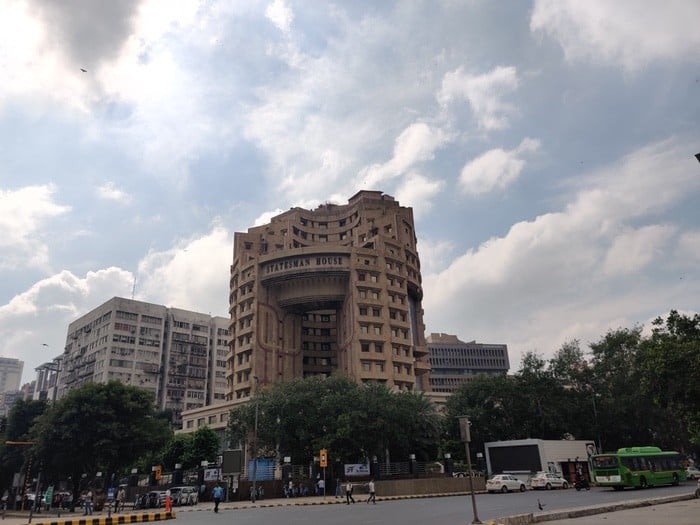 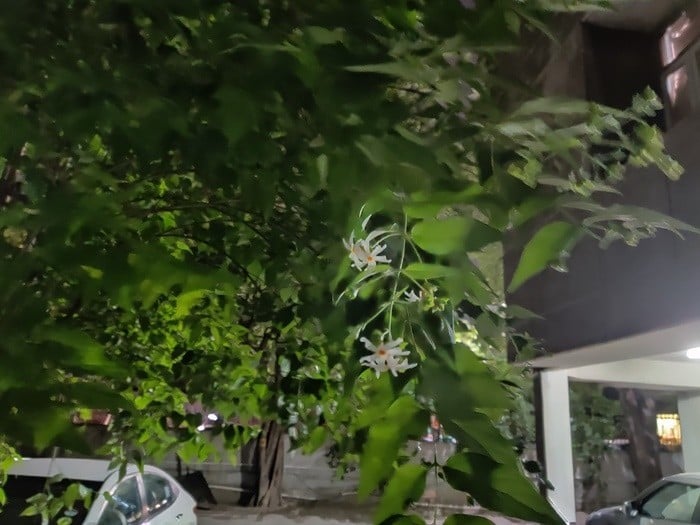 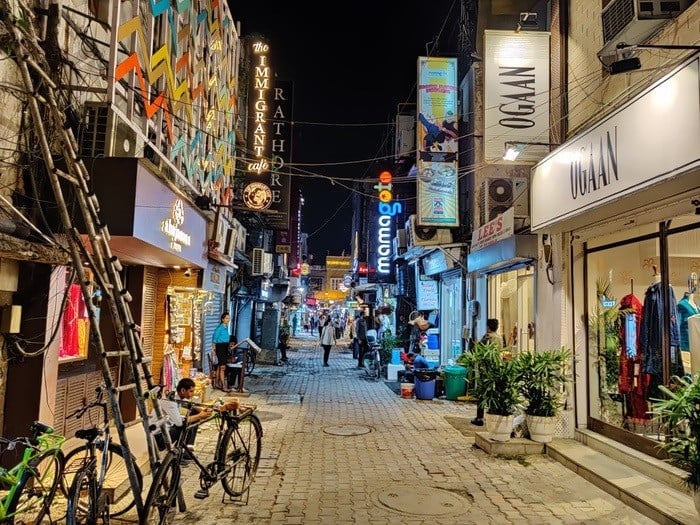 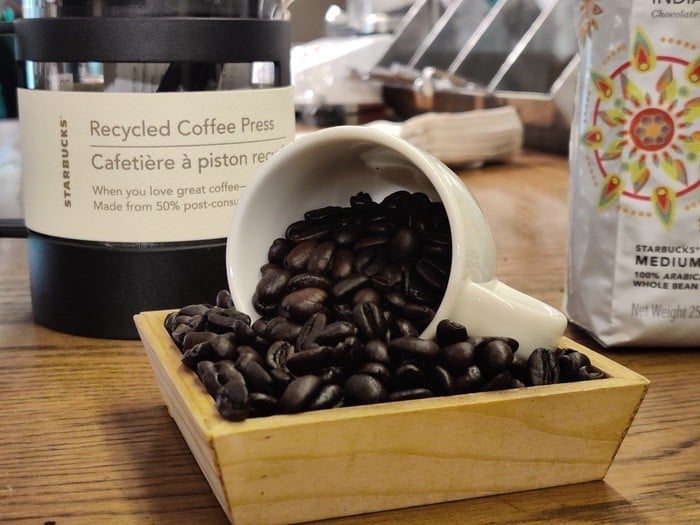 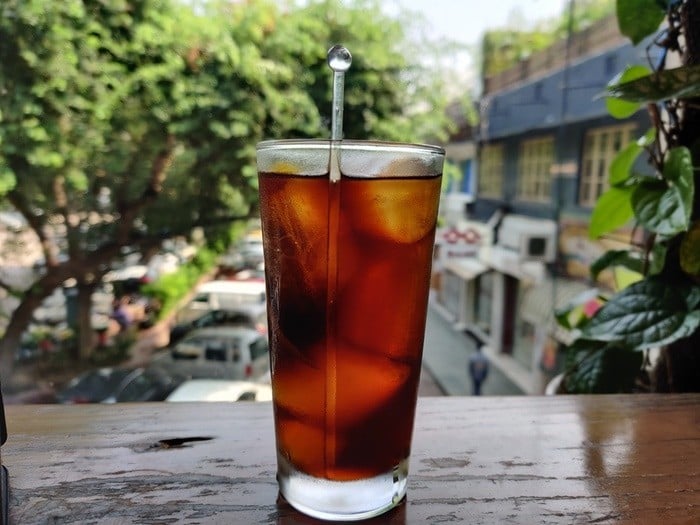 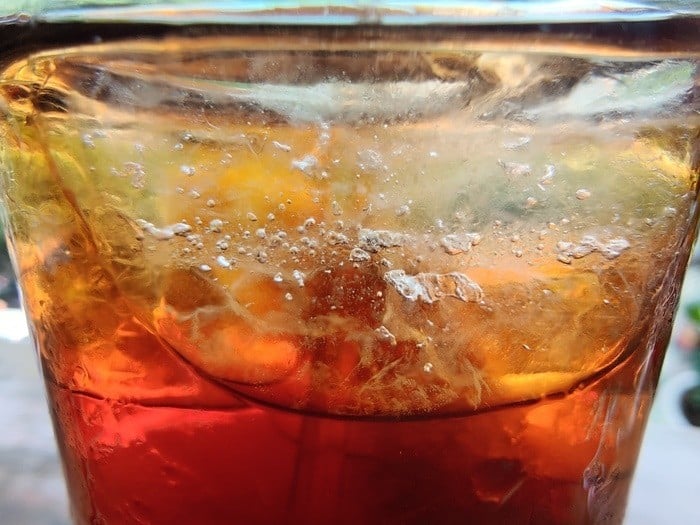 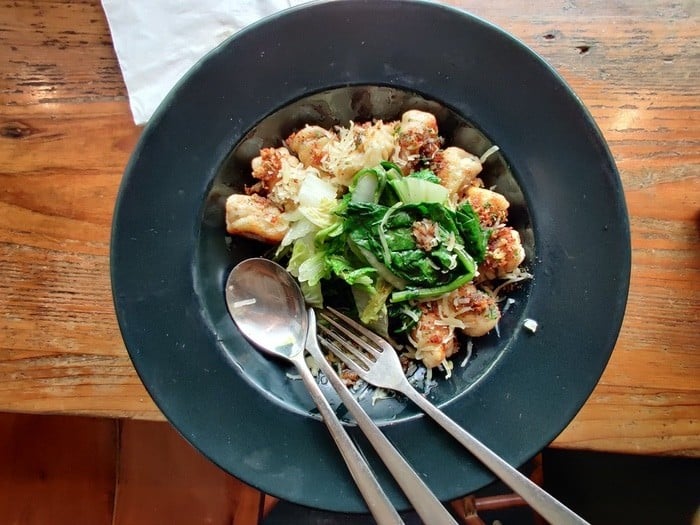 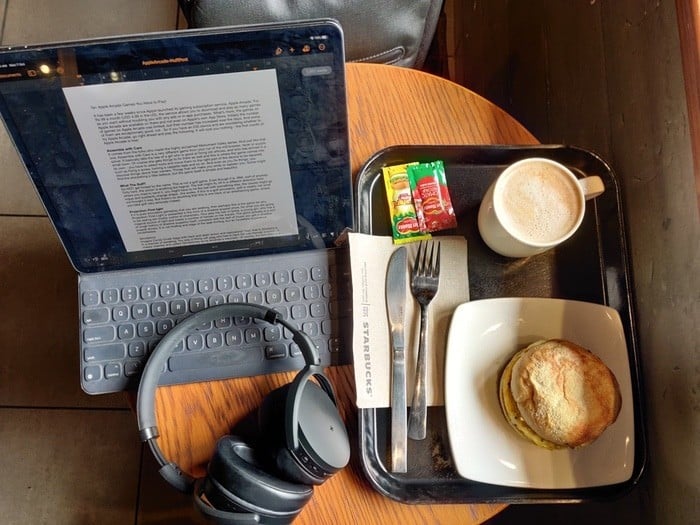 The much talked about improved video is not that rave-worthy – the jerks are handled better but sound and details took a hit sometimes. Selfies fall into the same zone, good enough to be acceptable but not so good as to be called the strength of the device. No, its cameras will not give the likes of the Pixel or the iPhone sleepless nights, but the 7T comes with cameras that are definitely among the best in the budget flagship segment, and if handled carefully, can deliver very very good results.

That display, that charging speed, but that battery life

Some will notice that we called the cameras the biggest improvement. For many, it would have been the display, with it getting bumped up to 90 Hz in refresh rate terms. While this sounds super cool on the spec sheet, is the difference obvious? It really depends on how closely you look at the display. Speaking for myself, I did not see a massive difference but well, that could also be because of the relative absence of apps and games that can make the most of that hardware. What cannot be denied is that in sheer tech terms, this is one of the best displays out there, although those loving brighter ones and more vivid colors might like the ones on the Galaxy Note 10 and Galaxy S9 series, and the iPhone 11 Pro variants. 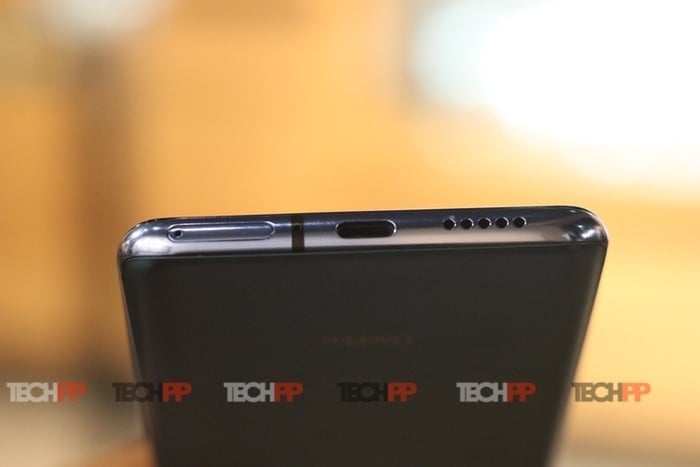 That refresh rate is also perhaps the reason we suspect that the battery life of the OnePlus 7T takes a hit as compared to the OnePlus 7. Keep that refresh rate at 90 Hz and you will find yourself struggling to see out a day of normal usage. Turning it down improves matters, but seems to sort of defeat the purpose. And yes, while Warp Charge 30T is a little faster than Warp Charge 30 and charging the OnePlus 7T in under an hour, the difference is a matter of 10-15 minutes (check our video comparing the two charging systems), which we are not sure is a deal maker. A faster fingerprint scanner would have been more welcome – the one under the display of the 7T seems a little faster than the one on the 7, but those accustomed to scanners on the back of their phones will find this one still to be on the slower side.

Is this what the OP7 should have been? 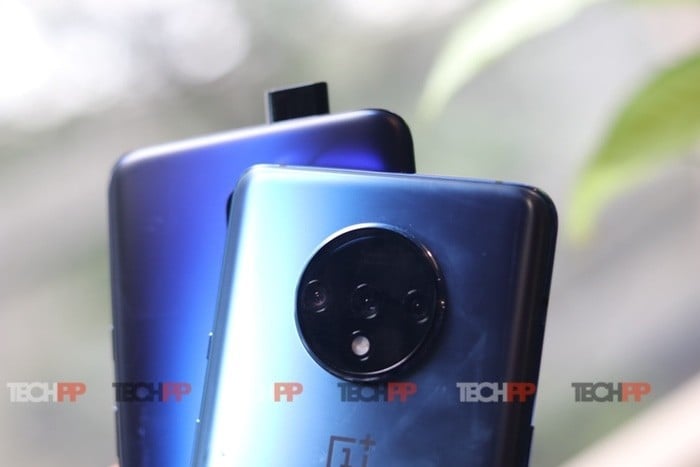 There’s no question that the OnePlus 7T is markedly superior to the OnePlus 7. The big question, of course, is how it compares with the OnePlus 7 Pro (and now the 7T Pro). We have done a comparison of the devices elsewhere on the site, but what cannot be denied is that at its price, the OnePlus 7T is a staggeringly good value for money. The Asus ROG Phone 2 phone might outspec it to an extent with a bigger display with a higher refresh rate, and a bigger battery, but then that is meant for a far more niche crowd (the gamers), and one that does not give as much importance to features like mainstream design, cameras, and OS, areas where the 7T is a clear winner. Yes, it will still face some competition from the Redmi K20 Pro and perhaps even the more mainstream looking gaming device, the Blackshark 2, but it packs enough of a punch to take them on. And even beat them, considering the massive equity the brand packs in.

It has some of the specs of the Pros, a touch of their design and has pricing that is classic OnePlus, as compared to its slightly more premium 2019 avatar. It is perhaps what the OnePlus 7 should have been – the soul of the Pro in the body of the regular with a relatively affordable price tag. If that is not a killer combination for anyone looking for a flagship device on a relatively tight budget, we do not know what is.