Cites threat to sovereignty and integrity of India

A couple of days back, there was an unverified report floating around the internet about 52 Chinese apps being banned in India following the tussle with China at the border. While there was no verified source for that news, a press release by the Ministry of Electronics and IT, Government of India today officially states that 59 mobile apps have been banned in India which are prejudicial to sovereignty, integrity and defence of India, the security of the state and public order. 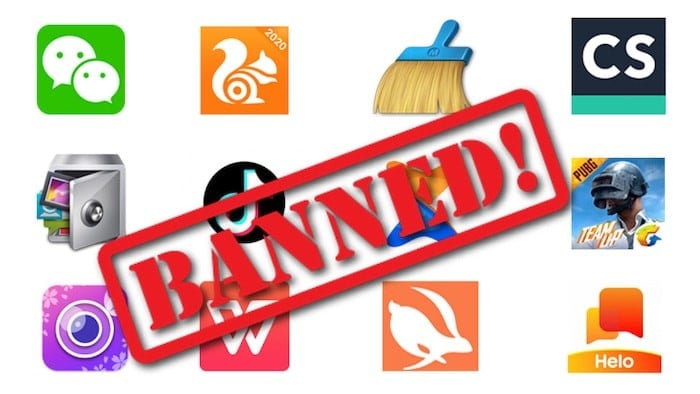 The majority of the apps that have been banned are commonly used apps that even come pre-installed on a lot of smartphones. These include TikTok, Shareit, UC Browser, Camscanner, Mi Community, DU Cleaner, Clean Master, Vmate, Likee, Helo, etc. Since a lot of these apps are used by most of us in day-to-day life, we’re working on providing you with the best alternatives for these apps so watch out for that.

Most of the apps that have been banned are of Chinese origin and have been accused of stealing and storing data from users on Chinese servers. The press release mentions that there have been raging concerns on aspects relating to data security and safeguarding the privacy of 130 crore Indians. It has been noted recently that such concerns also pose a threat to the sovereignty and security of our country.

The Ministry of Information Technology (MeitY) claims to have received many complaints from various sources including several reports about the misuse of some mobile apps available on Android and iOS platforms for stealing and surreptitiously transmitting users’ data in an unauthorized manner to servers that have locations outside India. The compilation of these data, its mining, and profiling by elements hostile to national security and defence of India, which ultimately impinges upon the sovereignty and integrity of India, is a matter of very deep and immediate concern that requires emergency measures. 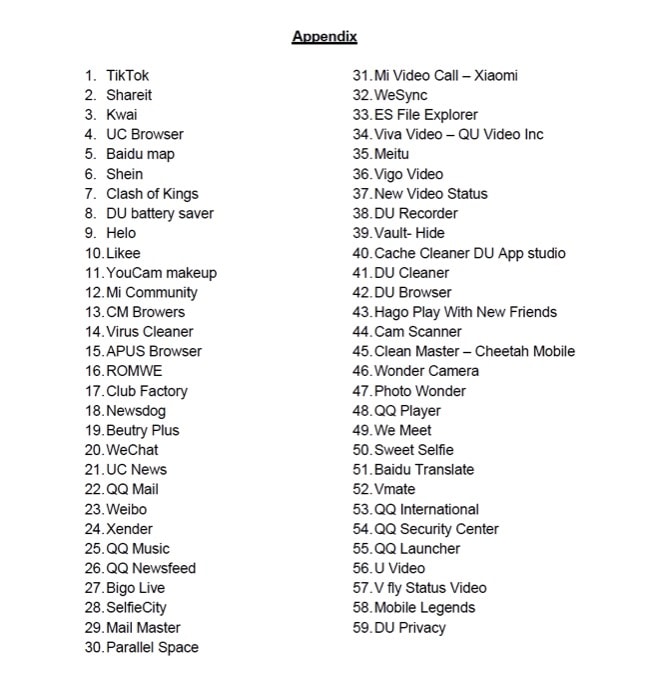 The ban has been put in place by exercising Section 69A of the Information Technology Act. What we think this means is that while the apps might continue to stay on the Google Play Store and Apple’s App Store, ISPs in India will be instructed to block the internet service for these 59 apps. This does not come as a surprise though since “Boycott China” has been on the rise and the first step to achieving that would be to not use Chinese apps. The bigger picture here, though, is that these apps were either spying on users or breaching some privacy aspects which compromised the safety of the users and as a whole, of the entire nation. 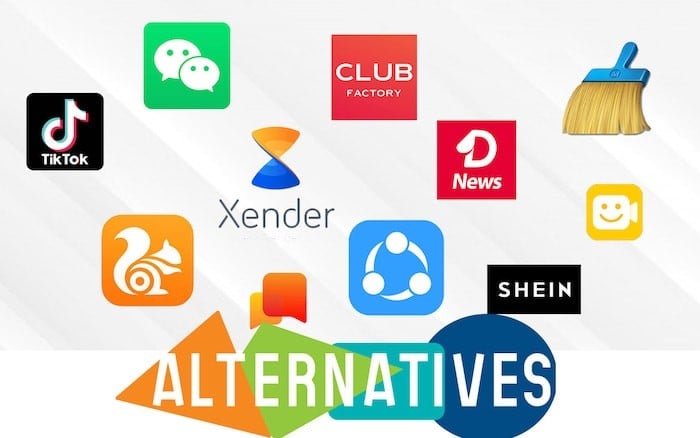 While we await more details and proofs of the claims, if your phone comes pre-installed with a few of these apps, make sure you uninstall them or if they cannot be uninstalled by default, we are also working on a how-to guide to help you uninstall these system apps from your smartphone.