Glows in the dark!

Wireless charging is a feature that smartphone manufacturers often tend to overlook but seems to be catching up of late with its inclusion in the OnePlus 8 Pro, Mi 10, iPhone SE 2020, etc. Even accessories, mainly TWS earphones like the Apple AirPods, Samsung Galaxy Buds/Buds+, including some budget-oriented ones like the Realme Buds Air have support for wireless charging. 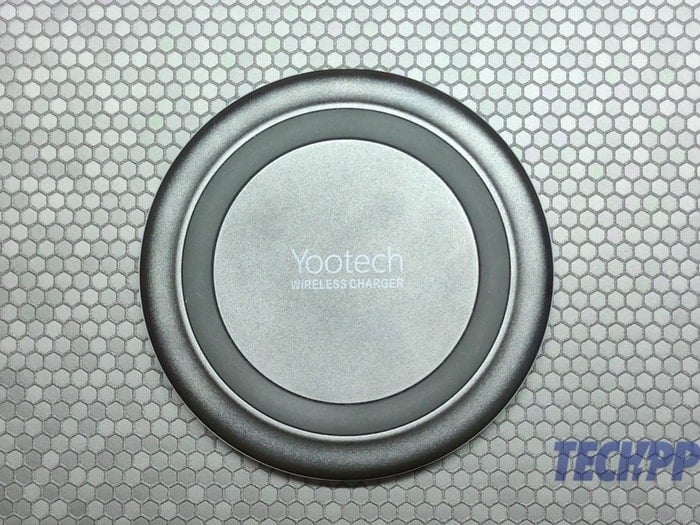 If you have any Qi Charging compatible gadget and are looking for an affordable wireless charger that’s also reliable, we will tell you if you should consider the Yootech F500 Wireless Charger that we have been using for almost the past two weeks, and also some alternative options if you want a different design.

We usually reserve this segment for talking about that design and build quality but we’ve changed the latter to looks since we feel that’s slightly more important for an accessory that’s going to sit on your desk all the time so you expect it to blend in with the rest of your setup. Nevertheless, there’s nothing to complain about the built quality and it feels solid. 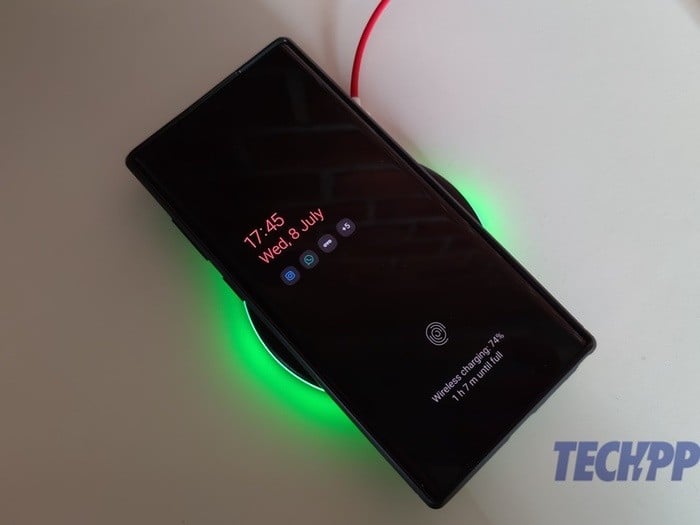 Anyhow, coming back to the design, the Yootech F500 wireless charger is constructed out of plastic, something you would expect from most wireless chargers out there since it’s the ideal material for the power to pass through between the coils. The pad is extremely lightweight and has a circular design that resembles an air-hockey puck. We have the black variant with us and it goes quite well with our white desk.

There is a transparent band that goes all around the circumference and it glows green every time a supported device is kept on the pad to charge. This gives it a cool look especially in the dark but it turns off after about 10 seconds which is good since it won’t be distracting you if you keep the wireless charger on your bedside table at night. A thick rubber ring is present on both the bottom as well as topside which prevents the pad itself from sliding around on your table and also makes sure your phone doesn’t slide off the charging pad.

On the front, there is the Yootech branding in bold letters which sort of takes away from the minimal look of the F500 wireless charger. The branding is not visible when you place your phone on the charger and if it bothers you while there is nothing resting on the pad, you can put a sticker or a skin on the front surface and it won’t hamper the charging either.

The rear of the Yootech F500 wireless charger houses a USB-C port which is nice to see. This means that you can use your existing smartphone charger with the Yootech wireless charger if you are on the Android side of things. If you have an iPhone or you don’t have a USB-C cable, Yootech has got you covered even then. 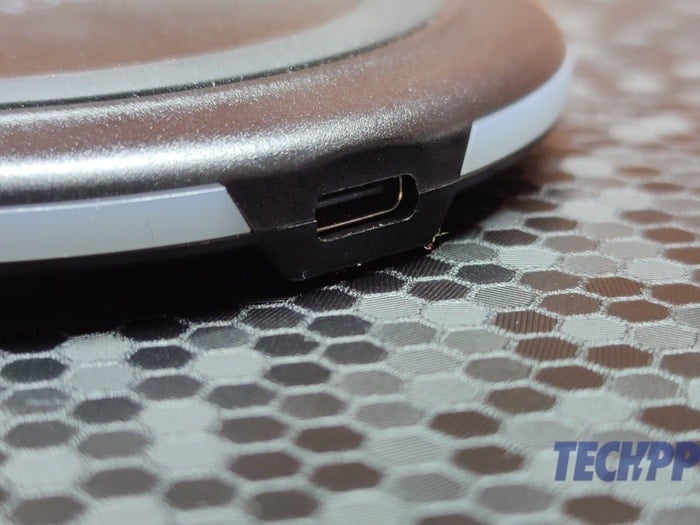 We are not going to discuss how long any phone or gadget takes to charge using the Yootech F500 wireless charger since it depends on multiple factors like battery capacity, maximum power intake through wireless charging, and the wattage of the connected adaptor. Speaking of the adaptor, you don’t get one in the box but you can use the one provided with your smartphone or purchase an additional one if you want to. You can also use the wireless charger by connecting it to a power bank. 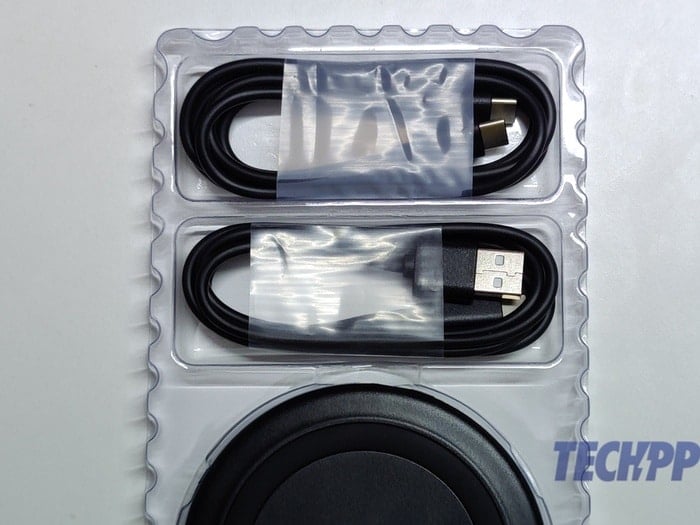 Charging speeds were on par with other wireless chargers we have tested including the one from Stuffcool which has been our go-to recommendation for an affordable wireless charger. There is a substantial amount of heat dissipation which occurs as a loss of energy and is common to most wireless chargers if not all. So, if your device feels hot to touch just after you pick it up from the wireless charger, it’s normal. The 5W output means you can even use it with smaller devices like TWS earphones or smartwatches. 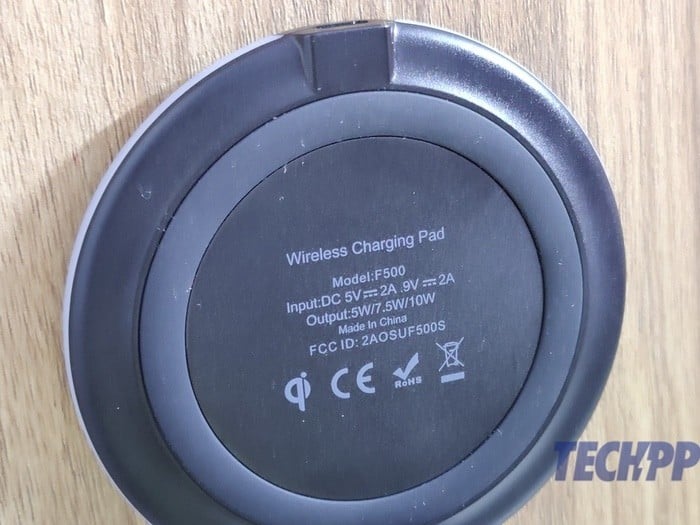 The Yootech F500 Wireless Charger retails in India for Rs. 1,499 which is a good deal given that you are also getting two good quality cables within the box itself. Do keep in mind that this is a flat-style wireless charger which means you will have to keep your phone horizontally on the pad which makes it hard to use while the phone is charging. That is where the alternatives come into the picture.

The Stuffcool Qi Wireless Charger we referred to earlier comes with a standing design which means your phone rests vertically on the charger which makes it easier to use your phone while charging or make it easier to check your incoming calls or notifications when they arrive. However, you will have to spend almost double the price for it as it retails for Rs. 2,699. If you want a vertical design at a similar price, you can check out the Beam X Wireless charger from amx India which also retails for Rs. 1,499. However, it comes with a micro-USB port instead of USB-C so keep that in mind.